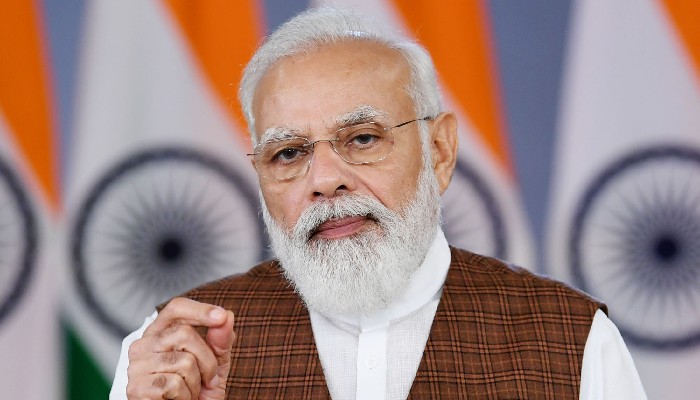 Prime Minister Narendra Modi will participate in the homage and reception ceremony of Swarnim Vijay Mashaal at the National War Memorial to be held on Thursday, the Prime Minister’s Office said in a statement.

As a part of the Swarnim Vijay Varsh celebrations to commemorate 50 years of India’s victory in the 1971 War and formation of Bangladesh, on December 16, 2020, Prime Minister Modi had lit the Swarnim Vijay Mashaal from the Eternal Flame at the National War Memorial, the PMO said.

He also lit four flames that were to traverse along different directions. Since then, these four flames have traversed across the length and breadth of the country, including to Siachen, Kanyakumari, Andaman and Nicobar Islands, Longewala, Rann of Kutch and Agartala, the PMO added.

The flames were taken to key battle areas and also to the houses of gallantry award winners and veterans of the 1971 War.

On Thursday, during the homage ceremony, these four flames will be merged by the Prime Minister with the Eternal Flame at the National War Memorial.

Earlier on Sunday, Defence Minister Rajnath Singh in New Delhi inaugurated Swarnim Vijay Parv, an event commemorating the valour and professionalism of the Armed Forces and their contribution to the liberation of Bangladesh in the Indo-Pak 1971 War.

The event marks the culmination of year-long celebrations of 50 years of India's victory in the war.

It also marks the culmination of the year-long journey of the Victory Flame, the Swarnim Vijay Mashal which, having traversed the length and breadth of the country and collected soil samples from the villages of the gallant soldiers of the War will converge in New Delhi tomorrow.