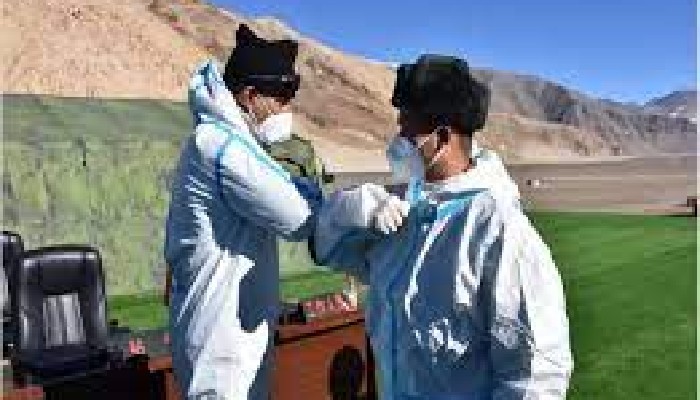 India and Chinese troops on Saturday exchanged sweets and greetings at 10 border posts along the Line of Actual Control (LAC) including in eastern Ladakh to mark the New Year.

The gesture by both sides came in the midst of an over 18 month-long standoff between the two sides in several friction points in eastern Ladakh.

A violent clash in the Pangong lake areas in Ladakh region in May 2020, had led to a border standoff between India and China.

The standoff led to heavy deployment of personnel and weaponry by armies on both the sides of the border. The 21-month-long standoff brought the relations between New Delhi and Beijing to a new low.

Both sides gradually enhanced their deployment by rushing in tens of thousands of soldiers as well as heavy weaponry.

As a result of a series of military and diplomatic talks, the two sides completed the disengagement process last year in the north and south banks of the Pangong lake and in the Gogra area.

Each side currently has around 50,000 to 60,000 troops along the Line of Actual Control (LAC) in the sensitive sector.

Earlier, the Ministry of Defence said it held several rounds of military talks with the Chinese side to deescalate the situation in eastern Ladakh without compromising on its stand of ‘complete disengagement and immediate restoration of status quo ante.

The Indian Army also exchanged sweets and greetings with Pakistani Army officials at four locations along the Line of Control (LoC) on the occasion of the New Year.