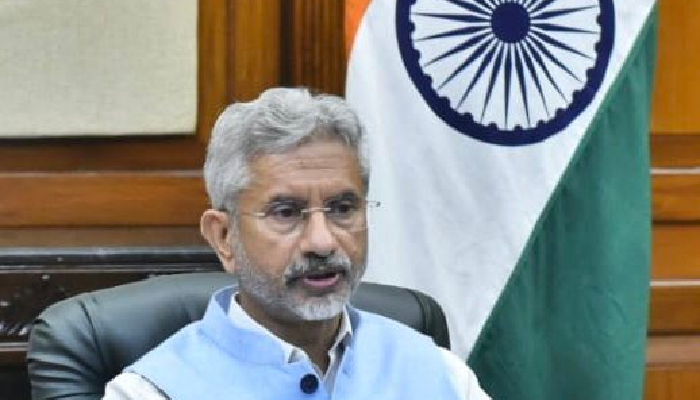 India-Nepal Development Partnership and Covid collaboration have been noteworthy

External Affairs Minister S Jaishankar on Thursday spoke with his Nepali counterpart, Foreign Minister Narayan Khadka, over telephone and discussed progress in cooperation between the two countries on many fronts.

In a tweet, EAM Jaishankar said that he had just finished a New Year call with Foreign Minister Dr. Narayan Khadka of Nepal and that it was an opportunity to recognise progress on so many fronts.

He said that India-Nepal Development Partnership and Covid collaboration have been noteworthy and (both) agreed to broaden the vistas of the cooperation between the two countries.

In September last year, EAM and Jaishankar and FM Khadka had met for the first time. The meeting took place in New York on the sidelines of the United Nations General Assembly. They had agreed to take forward the special relationship between the two countries.

“As close neighbors, India and Nepal share unique ties of friendship and cooperation characterized by an open border and deep-rooted people-to-people contacts of kinship and culture,” the Embassy of India Nepal said in a note put up on its website.

“There has been a long tradition of free movement of people across the border and that Nepal shares a border of over 1850 km with five Indian states – Sikkim, West Bengal, Bihar, Uttar Pradesh and Uttarakhand,” the note on Nepal added.