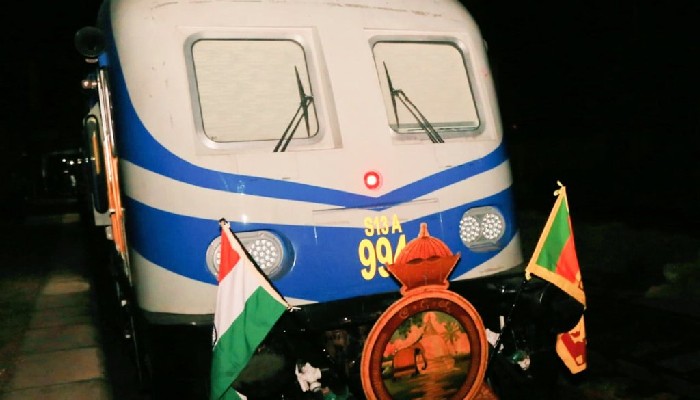 Another chapter was added to India-Sri Lanka relations when on Sunday Sri Lanka ran a train service using AC Diesel Multiple Unit (DMU), supplied by India under a Line of Credit.

In a separate tweet, the Indian High Commission said that the train service launched in the country’s Northern Province highlights 2 key pillars of India’s development partnership with Sri Lanka.

Several Lines of credit have been extended to Sri Lanka by the Export Import Bank of India in the last 15 years, said the Indian High Commission’s website.

Important sectors in which projects have been executed/ are under execution, under these LoCs include: Railway, transport, connectivity, defence and solar, it states.

Some important projects completed are: supply of defence equipment; up-gradation of railway line from Colombo to Matara; track laying by IRCON on Omanthai-Pallai sector, Madhu Church-Tallaimannar, Madawachchiya-Madhu Railway line and reconstruction of the Pallai-Kankesanthurai Railway line.

Earlier in March and September last year, RITES Ltd had supplied 20 state-of-art railway passenger coaches as part of 160 coaches to be supplied to SL Railways through an Indian Line of Credit (LoC).