The Queen's Baton Relay is in India from January 12-15.

Vinisha Umashankar, a student innovator-turned-environmentalist from Tiruvannamalai district of Tamil Nadu, has been selected as India's batonbearer at the ongoing 16th official Queen's Baton relay.

The 15-year-old had inspired the world with her solar ironing cart, which uses solar panels to power a steam iron box, said a press release issued by the Ministry of Science and Technology.

She won Dr. APJ Abdul Kalam IGNITE Award instituted by National Innovation Foundation (NIF) – India for her invention. NIF is an autonomous body of the Department of Science and Technology under the central government.

Vinisha has been selected as a changemaker and is now India’s batonbearer at the ongoing 16th official Queen’s Baton Relay, which started at the Buckingham Palace in London on October 7, 2021. It is scheduled to conclude on July 28 at the Opening Ceremony of the 2022 Birmingham Commonwealth Games after travelling across 72 Commonwealth nations and territories for 294 days.

India is the 27th nation en route to Birmingham in the United Kingdom. The Queen's Baton Relay is a ritual where a baton containing a message from the Queen of England moves around the 72 Commonwealth nations and territories. It will continue in India from January 12-15, informed the Ministry of Science & Technology.

Talking about the honour, Vinisha said: “Being the University of Birmingham’s Batonbearer in India is fantastic and I’d like to thank the University for this awesome opportunity. The University’s scientists are really inspirational – they are living my dream of finding solutions to the big challenges that we face. I like the way the experts at the University of Birmingham work with partners in India forming this unique living bridge of UK-India experts in fields like surgical hygiene, environmental pollution and sustainable cooling – fields of research that can help improve people’s lives.”

The Queens Baton for the 2022 Birmingham Commonwealth Games arrived in India on January 10. Tokyo Olympics silver medalist Ravi Dahiya kicked off the Queen's Baton Relay in India with a symbolic run in Delhi on January 12.

This year, the Queen's Baton relay is being held as a symbolic event due to the pandemic unlike the other editions of the Games.

The Queen's Baton Relay will next be held in Bengaluru on January 14 and Bhubaneswar on January 15. It was also scheduled to be held in Ahmedabad on January 13 but the event was cancelled due to the COVID-19 pandemic.

Vinisha Umashankar had become an inspiration for the world after her speech at the 26th Conference of the Parties to the UN Framework Convention on Climate Change in 2021 at Glasgow, Scotland. She has also been shortlisted for the Earthshot prize for her solar ironing cart invention.

Her solar ironing cart eliminates the need for coal for ironing, enabling a shift towards clean energy and solving one of the key problems that face the world today. It is an ingeniously developed solar-powered alternative for the millions of charcoal-burning ironing carts that can benefit the ironing workers and their families,.the release pointed out.

The ironing device can also be powered using pre-charged batteries or electricity or even a diesel-powered generator in the absence of sunlight.

“India is committed towards solving the global climate change problem through Science, Technology, and Innovation based solutions. It’s the next generation of innovators like Vinisha who provide the nation a strong hope that “Tomorrow can be better than today” by virtue of their scientific thinking, societal focus, and institutional support mechanism like the one offered by NIF in India, which could be replicated in other parts of the world,” asserted the Ministry of Science & Technology. 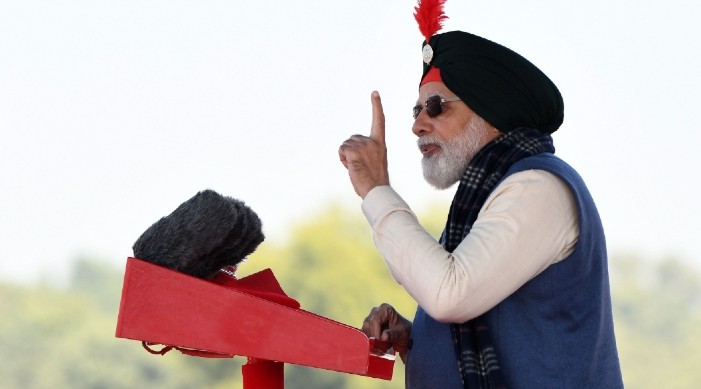