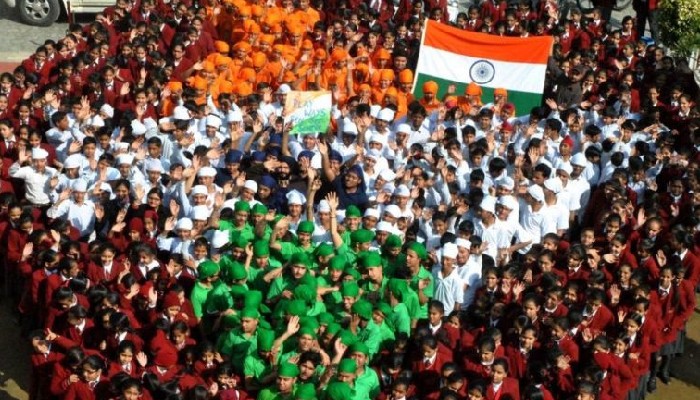 BBC is known for provoking sentiments against India and its political, social and economic interests. Whether they were the 2020 Delhi riots, deaths due to Covid-19 virus in 2021 or Karnataka Hijab row, BBC has unfailingly maligned India on the basis of information culled from unverified sources. In fact, not a single day passes when the British Broadcaster doesn’t come out with an article or two, impugning India’s diversity and its democratic resilience.

As per its habit to distort the truth and present it delectably to international audiences, BBC has placed an article in its web portal on April 7 where focus has been laid on on-going controversy over Hijab, Halal, use of loudspeakers in mosques and others. It starts the story with a tweet from Bengaluru-based biotechnology firm Biocon chief Kiran Mazumdar Shaw who urged the Karnataka government to “resolve the growing religious divide” in the state.

Question is by picking up this tweet, is BBC trying to further drive a wedge between the religious communities of India? It selectively overlooked the government’s efforts to improve law and order and infrastructure in the state. Actions have been taken against those flaring tension in Karnataka.

Given this, the media’s role must be focused on quelling the ruckus created in the name of Hijab or Halal. Instead of blaming X group or Y group for the tension in the state, where Bengaluru has a pride of place in the IT world and is known as the ‘Silicon Valley of the East, media outlets like BBC should have maintained circumspect on putting up a story which could impact communal harmony of the state.

It is gearing up to celebrate the Karaga festival. To be opened to the public in Bengaluru on April 16, the festival is known as the symbol of harmony and unity between Hindu and Muslim for more than 200 years. BBC, however, failed to maintain the existence of such a cultural melting pot.

Read this in detail in Bangalore Mirror:

But unfortunately, the British broadcaster selectively picks up those communally sensitive issues that have potential of furthering the cause of communal polarization. For example, it says that after the Karnataka High Court “upheld order barring entry to colleges” by Muslim girls wearing Hizab, many students “skipped exams and classes in protest.” Is it not an attempt to show the incumbent BJP government in the state in a bad light?

While this is a serious matter, the British news outlet in sync with its past records, tries to inflame one community’s passion against another when it says: “Last year, the government banned trade and slaughter of cows in a state where some 13 % of people are Muslims.” Invariably, Britain’s national broadcaster seems to have gone tangentially over the cow slaughter issue.

The Karnataka government passed the Prevention of Slaughter and Preservation of Cattle Act in 2020 which bans the slaughter of cows, bulls, bullocks, male and female buffaloes below the age of 13 years. The Cabinet note on the Act clearly says it will prevent illegal slaughter and illegal transportation. It further says that the livestock in the state has been decreasing and the Act will prevent farmer suicides and will conserve the Indian breed. For more clarity on the issue, or to have a balanced view in its story, BBC should have talked to various sections of people in the state, instead of only those who are party to the slaughter campaign.

Result is that in the absence of a fair presentation of facts, the BBC story, “Bangalore: How polarisation is dividing India's Silicon Valley” has turned into a propaganda material, impacting the news outlet’s credibility.