Nobody should laugh at other’s difficulties, but this moralistic approach was disdainfully kept in abeyance by China when India was undergoing its worst pandemic-related crisis last year. The Chinese Communist Party’s Central Political and Legal Affairs Commission, which has millions of followers on Weibo, had mocked India for its Covid-19 management and failure to curb virus triggered deaths.

It had put a post on the Chinese microblogging site showing an image of a rocket launch in China alongside a photo of bodies of Covid victims being cremated in India with text reading: “Lightening a fire in China VS lightening a fire in India.” The post was deleted following much hue and cry on social media in the world.

In 2022, China finds itself amidst one after another wave of Covid-19 crisis. It conducted the Winter Olympic Games in Beijing in February by restricting public movements, making the entire event, which was also diplomatically boycotted by several countries, listless and ineffective.

Last week, Shanghai reported more than 27,000 coronavirus cases. Relying on its zero Covid-19 policy to keep the spread of virus under check, China has placed the entire city in the lockdown, causing unbearable hardship to residents. More than one month has passed since the city is under lockdown, reports of protests, clashes between police and common people have started coming.

Shanghai has faced China's worst Covid 19 outbreak since the virus first emerged in Wuhan in late 2019. Nearly 25 million residents have been staying indoors due to lockdown, though restrictions were partially eased in some areas this week. The city’s strict Covid rules have created hurdles for people in procuring food and daily necessities. The value of cash or currency has fallen and people have resorted to bartering for food. For instance, some people buy ice cream for vegetables or wine for cake or vice versa.

A 26-year- old barber, Kevin Lin posted an offer on WeChat group in which he offered to swap tissue paper with a pack of food, ideally instant noodles. Surprisingly, he got a good response with three different neighbours offering him flavours of noodle ranging from braised to spicy Sichuan.

Young mothers have been active on social media to help each other. For instance, the mother of a one-year-old recently traded three canisters of infant formula she had purchased before the lockdown to a neighbour for vegetables and yogurt. She later sent another two canisters of formula to another mom in exchange for cooking oil, rice and pork. Several residents admitted that they would rather give goods to someone for free than take money, which is not very useful in their current circumstances.

Logistical support and supply chains have been badly hit due to various forms of lockdown. These lockdowns have taken a growing economic toll, adding to expectations that China's central bank will soon announce more stimulus measures.

The longer period lockdown has left many people angry and exasperated. According to available reports, some residents revolted against lockdown orders which have stretched in some instances to a month.

As per an April 7 study by Gavekal- Dragonomics, a Beijing-based capital market company, as many as 87 of China's 100 largest cities by GDP have imposed some form of quarantine curbs. Authorities in the coronavirus-hit north eastern province of Jilin claimed to have stamped out a local spread of Covid-19 after battling to bring cases down since mid-March.

However, experts argue that the strict covid strategy is not sustainable at all and moreover, they say it is an attempt to distract Chinese people from Russia's invasion of Ukraine. There are fears that like in Taiwan, people in mainland China would start a campaign against Russia by coming down in the streets once curbs are lifted.

There are reports which suggest that China would stick with the hard-line strategy over Covid-19 pandemic at least until the ruling Communist Party holds its once-every-five-year Congress.

President Xi Jinping, who is seeking a mandate for a third term, wants peace and stability during the run up to the Congress, slated to be held at the end of this year.

Chinese state media has been repeatedly defending Beijing’s zero-Covid strategy. The strategy has become a part of Xi Jinping’s political legacy – using the president’s “persistence is victory” phrase to encourage people to stay the course.


***The writer is a senior journalist; views expressed are her own 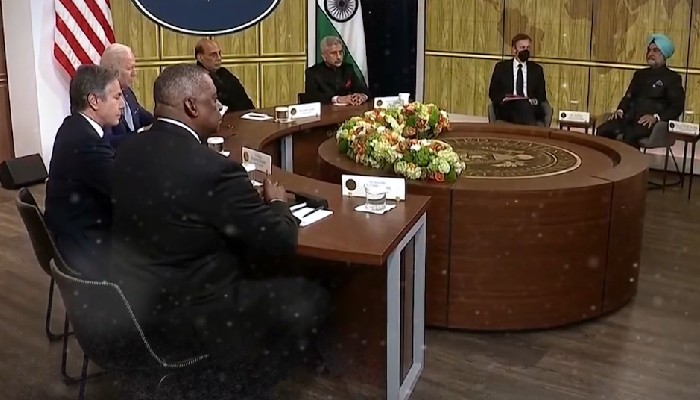 US needs to pressurize Europe than India on fuel purchase