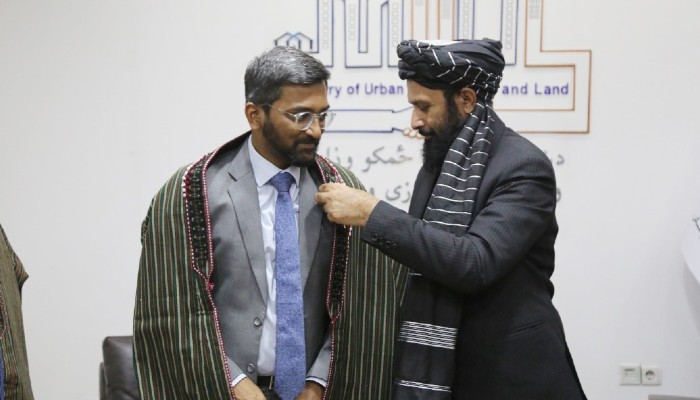 When the US withdrew from Afghanistan on August 15, 2021, Pakistan believed it was solely due to its policies. It had assumed that its support to the Taliban throughout the US occupation would be repaid with interest.

Then Pakistan Prime Minister Imran Khan gleefully stated that Afghans had “broken the shackles of slavery.” PTI’s Spokesperson, Neelam Irshad Sheikh stated proudly during a TV debate, “Taliban have said that they are with us, and they will help us in (liberating) Kashmir.” She added, “Pakistan supported the Taliban when the latter was being hounded in Afghanistan, the militants said they would return the favour by helping Pakistan “make Kashmir a part of its country.”

Sheikh Rashid, the then Interior Minister stated, “Top Taliban leaders were born in Pakistan, and they got an education in Pakistan. We have taken care of them for a long time. We have done everything for them.” Then Pakistan DG ISI, Gen Faiz Hameed, flew into Kabul, post US withdrawal, to push creation of a pro-Pakistan government.

His photograph, from a hotel in Kabul, with a cup of tea in his hand, projected Pakistan’s influence over the Taliban and the Haqqani. The world believed that Pakistan would induce the Afghan government to change its human rights record.

Pakistan’s Foreign Minister, SM Qureshi became Kabul’s global voice and organized summits, including the OIC (Organization of Islamic Cooperation), to raise funds for Afghanistan. Both Qureshi and Imran Khan insisted the world recognize the Taliban regime and release Afghanistan’s frozen assets in American banks. They advocated that Taliban 2.0 is vastly different from Taliban 1.0. Pakistan hoped the Taliban would subdue the TTP (Tehreek-e-Taliban Pakistan), an off-shoot of the Taliban and an anti-Pakistan group.

The biggest satisfaction for Pakistan was that the US withdrawal signalled the end of Indian influence in the country. Pakistan believed that India was exploiting Afghan territory to fund and arm anti-Pakistan terrorist groups, including the TTP and Baloch.

Its understanding was that India possessed a strategy to engage Pakistan on two fronts, Eastern (via Afghanistan) and western. Sheikh Rashid, describing the exodus of Indian diplomatic staff, wryly stated, “Defeat is written on their faces,” adding “credit must go to Pakistan and its institutions.”

He added, “We should know with regards that the process of Indian funding (to the TTP), which had been ongoing for a long time, has ended.” In January this year, then Pakistan PM Imran Khan offered to send professionals to run the Afghan government implying it could dominate every sphere of Afghan activity.

This was rebuked by the Taliban mentioning, “There is no dearth of professionals in Afghanistan. We do not need Pakistani manpower.” Their spokesperson, Mufti Abdul Hakim stated, “We know how professional Pakistanis’ are.”

Even in India, there was an impression that former Taliban fighters would be inducted by Pakistan into Kashmir which could impact the security scenario. Another concern was that anti-India terrorist groups would be sheltered in Afghanistan, where they already possessed training camps. India had presumed, based on experiences of Taliban 1.0, that the current government too would be anti-India.

A year later everything has reversed. Pakistan is no longer the global spokesperson of the Taliban nor its influencer. It has stopped holding summits for funding Afghanistan. On the contrary tensions have risen between the two countries. Cross-border firing is on the rise as the Taliban refuse to recognize the Durand Line. Despite Pakistan’s insistence, the Taliban support to the TTP continues, enabling it to enhance its attacks on Pakistan’s security forces.

The Afghan public’s hatred for Pakistan was visible in the clash after the Pakistan-Afghan cricket match in Sharjah as also celebrations throughout Afghanistan on Pakistan losing to India. In Afghanistan, Pakistan is hated, while India respected.

The Indian mission in Kabul was attacked twice while Indian consulates in Mazar-e-Sharif, Jalalabad, Herat, and Kandahar were also targeted by the Pakistan trained Haqqani network, which now runs Afghanistan along with the Taliban.

Now with the shoe on the other foot, Pakistan’s mission in Kabul was targeted resulting in the death of one security guard. Prime Minister Shehbaz Sharif claimed it was an “assassination attempt” and the target was the head of the mission.

It is Pakistan today which is calling on the world to pressure Afghanistan from supporting anti-Pakistan terrorist groups. Prime Minister Shehbaz Sharif stated in the UN, “Pakistan shares key concerns of the international community regarding threat posed by the major terrorist groups operating from Afghanistan,” only to be rebuked by Kabul.

Currently, India’s quiet engagement with the Taliban has reversed the scenario. India has sent wheat, medicines, and other aid to the country when it needed it most. India has dispatched over 40,000 tons of wheat, donated 15 tons of medicines, in addition to 5,00,000 doses of Covid vaccine and winter clothing to Kabul.

Exactly a year after shutting its Embassy in Kabul, India re-opened it on August 15 this year. The Afghan Foreign Ministry Spokesperson, welcoming it, stated, “We welcome Indian diplomats and have assured them of full cooperation and security in Afghanistan.”

There are no reports of the Taliban supporting anti-India terrorist groups. In Jul this year, the Taliban welcomed back 25 military officers trained in Indian institutes, displaying a change in Indo-Afghan relations. The latest announcement by the Taliban leadership indicates that India may recommence 20 stalled projects in the country.

Throughout the US presence in Afghanistan, Pakistan played a key role in brokering talks. It used every opportunity to keep India at bay and insisted that India had no role in the country. Currently, the scenario has reversed. It is India which is emerging as a major player in Afghanistan. The US Special Representative for Afghanistan, Thomas West, visited India to discuss the humanitarian and economic crises in Afghanistan while ignoring Pakistan.

Pakistan faces the brunt of terrorism emanating from Afghanistan, while India-Afghan relations have improved. India’s quiet diplomacy and positive approach have enhanced ties, while Pakistan’s relations have deteriorated because it has attempted to exploit its influence by assuming Kabul to be its subservient. India has displayed maturity, while Pakistan’s approach has been brash and overbearing. Both India and Pakistan’s role in Kabul are reversed, an aspect Pakistan media fears to highlight. 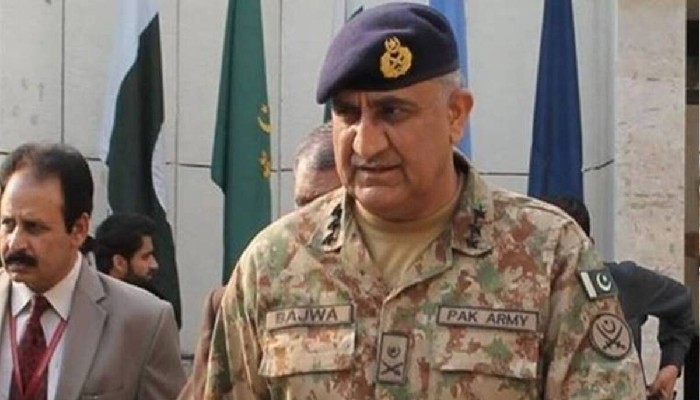 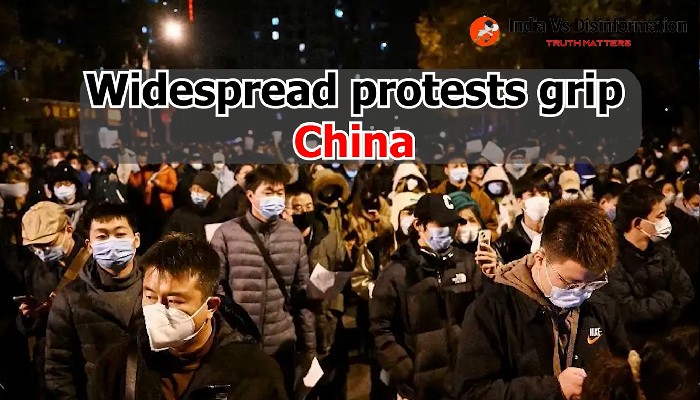 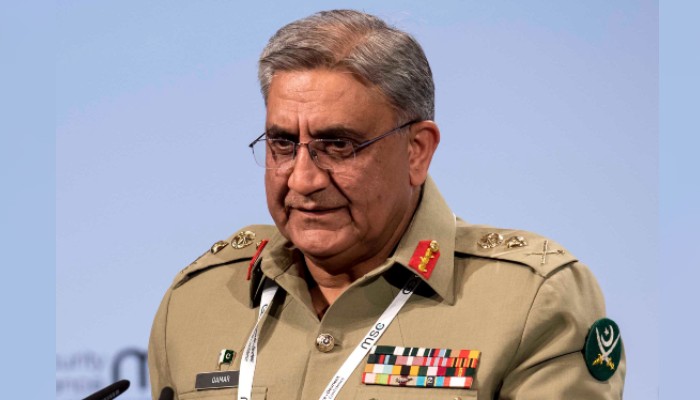 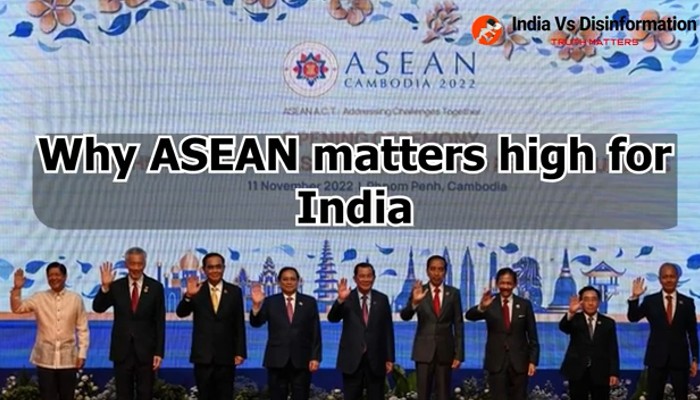