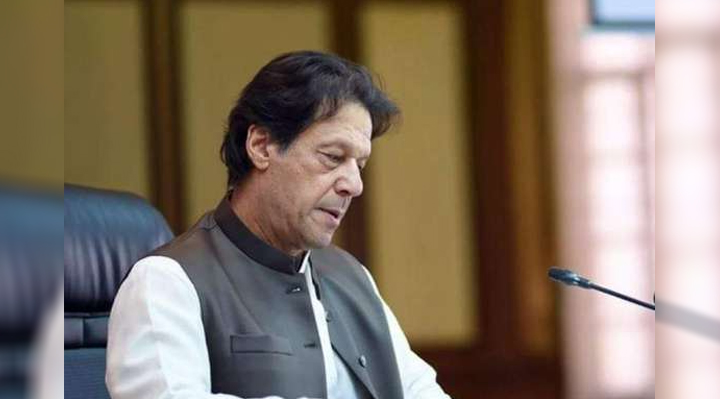 Pakistan exports terrorists and imports everything else. Begging the world for alms, they continue to put the blame on India even for their own economic mess

Pakistan shed big crocodile tears on Friday as if Kashmir were burning. Foreign Office spokesperson, Pakistan, said, “Over eight million people in the IOJ&K remain cut off from the world, with continued concerns being raised about lack of medical supplies and other basic needs. These inhuman and unilateral actions by India are continuing despite widespread international condemnations. India would fail in its attempts to suppress the voice of Kashmiris and change the status of the occupied region. There can be no resolution of the Jammu & Kashmir Dispute without taking into account the wishes of Kashmiri people, in line with UNSC Resolutions”.

However, the facts bear testimony to dramatic fall in spate of violence in Kashmir since the abrogation of Article 370. Besides, the Union Government claimed to have issued thousands of passports. As far as the internet blackout is concerned, India's Foreign Minister S Jaishankar said social media and the internet had been used by the fundamentalists to radicalise people. The Pakistani propaganda was nailed by India On Monday, a reputed news channel, recently exposing the modus operandi of the people in the Valley selling a wide range of violent activities depending on the price offered by a prospective customer. Corporatisation of fundamentalism is the new face of wahhabism exported from across the border. Is it an opportunity to mint money out of death. Where is the aspiration of the people in the market of violence, as alleged by Pakistan?

The spokesperson of Pakistan Foreign Office whipped up passion, “The Indian government cannot suppress aspirations of the people of India-occupied Jammu and Kashmir for exercising the right to self-determination as enshrined in the UN Security Council Resolutions.” The high-pitched shrill rings hollow. India has got regularly held the assembly elections for the people to vote to power their party of choice. The centre has no control over the people right to vote, nor has it tried to force the democratically elected state government to toe its line. Both the Muftis and the Abdullahs have seldom been agreeable to the central government.

Yet, how many times have the central governments tried to arm-twist the state governments into submission? Even the local elections held at the level of panchayats and the villages have only bolstered the democratic spirit of the people in the erstwhile state. Therefore, attempt to raise a hue and cry over a non-existent problem about self-determination of people in Kashmir is nothing but a humbug to give India a bad name at the international level. Pakistan had better put its house in order than to point fingers at India.

Plight of people in Baluchistan and Pakistan-occupied-Kashmir is a household story written in blood. Much of Pakistan’s propaganda appears to be driven by frustration that India has not only survived the conspiracy theories hatched across the border and executed in Punjab but also economically thrived to earn international respect. The rise of Indian immigrants in several countries like US, UK, France as exemplary success stories may have given Pakistan another reason to cry hoarse.

Ever since partition, the more Pakistan has tried to pull down India by hook or crook, the further it has fallen down into a bottomless pit. Carved out of India on the basis of religion, the frenzy among the people served the successive Pakistan rulers a fire in which they kept adding fuel. It will not be an exaggeration if we say that the leaders there led their own people wrong into a hell. As a result, Pakistan and its people preferred Wahhabism to economics, technology. Today, they export terrorists but import everything else. Begging the world for alms, they continue to put the blame on India even for their own economic mess as if India had forced Pakistan to become a failed state. And of course, Kashmir touches their raw nerve.

The spokesman therefore further indulged in falsehood calling upon India to “immediately allow the independent media and international human rights observers to visit the region and independently observe the situation of the Kashmiri people.” What can be further from the truth than raising this bogey of lies? Has the European delegation not recently visited the region to make an independent assessment? Did they not return happy and satisfied over the situation in Kashmir?