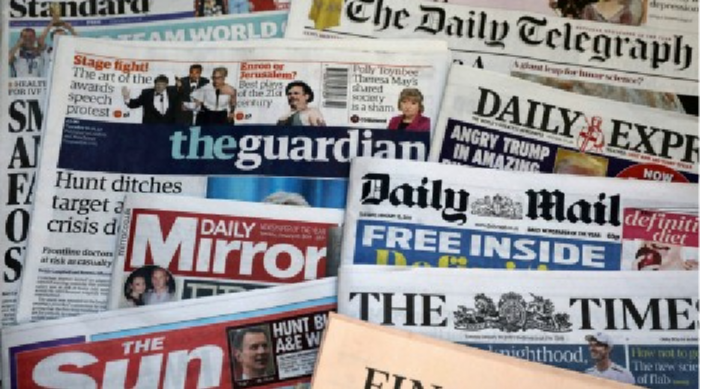 The western publications excel in India-baiting, with generous contributions on false narratives by Indian journalists and writers

It is painful how several Indian journalists are maligning their own country in the articles they are writing for the Western press on the Citizenship (Amendment) Act, 2019 (CAA) and the envisaged National Register of Citizens (NRC). To advance their destructive agenda, they are distorting or misrepresenting facts and are attributing the worst possible motives to the government.

Though not required to defend the government, they are also not expected to launch a smear campaign against it. Any sensitive and sensible Indian citizen would have some qualms about slandering their own government — and by extension, their own country — in the international opinion-building AngloSaxon foreign press. But these Modi/BJP-baiters seem to lack any.

Major damage is being done to India’s external image by internal anti-Modi forces in league with the so-called liberal Western press. Having largely failed to counter him politically in the domestic domain, the objective is to de-legitimise his agenda internationally as much as possible by projecting him as an anti-secular Hindu nationalist, authoritarian and as anti-democratic.

A pernicious narrative being assiduously promoted is that the anti-Muslim Modi government, determined to impose its Hindutava ideology, is set to take away the nationality of Indian Muslims wholesale and potentially put millions of them in detention camps and that the judiciary is compliant, the press intimidated, and the Indian democracy itself in danger. Some of the damage caused may not be easily undone as anti-Modi elements in India and alienated Indian-origin lobbies abroad continually feed into entrenched anti-Indian prejudices amongst self-defined Western “liberals” against Hinduism, any consolidating role it might play in nation-building, the fall-out of that on the minorities, in particular, Christian, and the government’s curbs on foreign-funded NGOs seen as limiting their ground-level political and religious activities.

India’s show of independence in foreign policy-making, lingering aversion of Western non-proliferation lobbies to our nuclear defiance, perceived lack of economic reforms and market opening in India to meet Western demands are other sources of antipathy towards India. The Washington Post (WP) and the New York Times (NYT) excel in India-baiting, with generous contributions by Indian journalists and writers. The unwillingness of these publications to sift what is patent propaganda and false reporting exposes their pretension to quality reporting. The WP bemoans the longest ever Internet shutdown by democracy without recognising the unceasing direct challenge India faces of sustained Islamic jihad by Pakistan whose leadership has called for a bloodbath in Kashmir for which the social media is a powerful tool.

The West knows this well from its own experience, but in India’s case this measure is seen as an “excuse”. The WP in its editorial broadside does not acknowledge at all India’s problem of Pakistan-instigated terrorism in Kashmir, a fact that the US government does in various documents.

The word “Pakistan” or “terrorism” is absent altogether from WP’s pietistic assault on India, exposing the fraudulence of its concerns. For WP to claim that CAA will further marginalise the Muslim minority shows that its editors, blinded by prejudice, have not sufficiently applied their mind to understand the scope of the CAA. It is in response to the situation in one Indian state — Assam — where it seeks to legalise the status of non-Muslim illegal migrants from Bangladesh, escaping discrimination and persecution, but not that of illegal Muslim migrants from Bangladesh who do not fall in that category.

That the whole exercise began under a Congress government and is monitored by the Supreme Court is conveniently ignored by the WP.

An NYT column plays insidious politics against the Indian state by approving the coming together of Muslims, Sikhs and “secular” university students, supposedly kept “apart for years” by divisive politics. It speaks of a “contentious citizenship law” that favours every South Asian faith over Islam (how Buddhism and Christianity are restricted to South Asia as faiths only NYT knows).

The CAA is merely an amendment to the law, a point that the NYT supposedly impeccable journalistic standards miss. A Bengaluru-based Sikh is quoted as saying nonsensically that “those who want to implement discriminatory laws want to do a second Partition as if the millions dying in the first one wasn’t enough.”

When the column says: “And the Supreme Court, in a case known as ‘Ayodhya’ ruled that a temple could be built at the site where a centuries-old mosque once stood before a Hindu mob tore it down,” it qualifies as clueless political idiocy. A Muslim is quoted as saying: “When Kashmir happened, when Ayodhya happened, no one questioned our citizenship. We were still first-class citizens. But how much longer do we have?”

How the revocation of Article 370 and the Supreme Court’s judgment on Ayodhya has anything to do, even remotely, with the citizenship of Indian Muslims at large only the NYT journalists, acting as an echo-chamber of propaganda against India to suit the paper’s hollow “liberal” agenda, know.