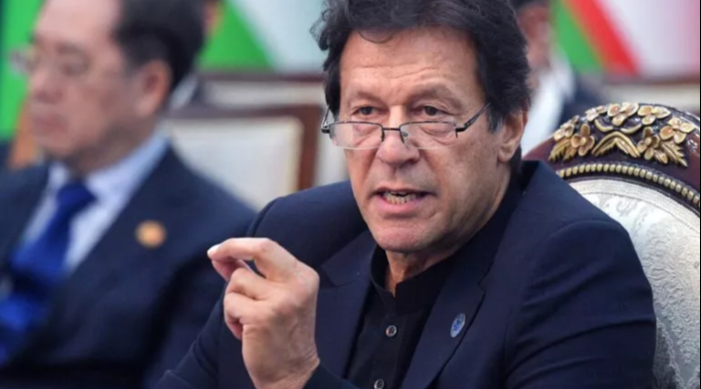 However hard Pakistan may weave its false narrative around Kashmir, the international community is not going to buy its argument on the human rights situation in the Union Territory. In the past six months since India annulled the highly contentious Articles 370 and 35A, there has been hardly any multilateral or international forum where Pakistani leaders or diplomats have not raised human rights issues of Kashmiri people.

In fact, while painting a false alarming situation in the Valley, Pakistan’s deep state, supported by the country’s Army, runs a smear campaign through mainstream and social media platforms against India and its current political establishment almost on a daily basis.

It observed February 5 as a day of solidarity with Kashmiri people. However, those who are aware of Pakistan’s perfidious past know it well that the country is doing so only to move away its restive populace’s attention from the scary ground reality on the economic front and the human rights situation, especially in Sindh and Balochistan.

Also, people living in parts of Pakistan occupied Kashmir, are not happy with their condition. Their ethnic cleansing is being done systematically by the ruling elites of Islamabad. More than 70 years have passed since Pakistan forcefully occupied parts of Kashmir; there is no medical college, engineering college or any top institution of even partial acclaim either in Muzaffarabad or other parts of PoK.

Yet Pakistan’s political and military leadership spares no opportunity to run down India’s attempt to correct the historical wrongs that were perpetrated under the umbrella of Article 370 and 35A. It would be better if Pakistan mends its behavior and starts thinking afresh on its approach towards India for lasting peace and prosperity in the region.

Without being biased, it should look at the current picture of Kashmir where peace has descended now and people have started going to offices, while children have begun attending their classes. Mobile and internet services have been restored and development has started taking its course. The Union Territory has been allocated Rs 30,757 crore under the Union Budget 2020. Time has come when Pakistan needs to look at all this with an open mind.

But Pakistan is Pakistan - a regressive state where its own citizens have got fed up with the Imran Khan government’s initiative to save the country’s sinking economy and the worrisome unemployment situation. Several media reports suggest that Pakistan’s GDP is not going to touch even the three per cent mark in the current financial year.

Amid this, Pakistani journalists have started saying that though the country has managed to stay in the grey list of the Paris-based Financial Action Task Force, there is little possibility that the country would be able to win international investors’ confidence and thus, give a push to economic growth.

At the last plenary meet of the FATF in October 2019, Pakistan survived being placed in the stringent black list of the Paris-based inter-governmental body, thanks to support from China, Malaysia and Turkey. But that didn’t mean, it was exonerated and kept in the white list of the FATF. On account of its dubious behavior, it is still in the grey list of the 37-member international group set up in 1989 to combat money laundering and terrorist financing. Yet, forgetting all this, Pakistan is keeping its anti-India designs going.