Pakistan, heal thyself: The plight and the helplessness of the Ahmadiyyas 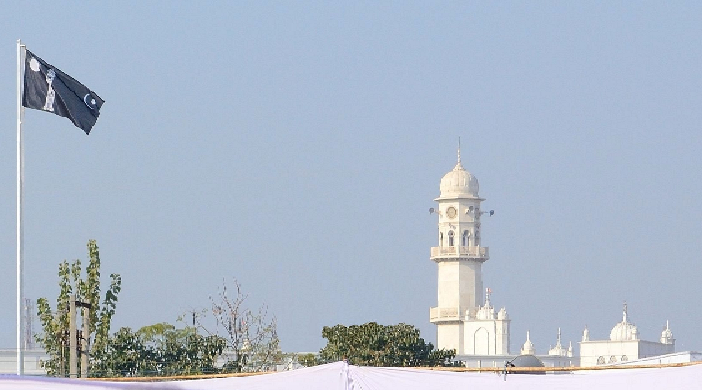 Members of the Ahmadiyya community, who constitute barely 0.22% of Pakistan’s population, have been facing systematic persecution for decades

Pakistan never loses an opportunity to express its tawdry emotion for the cause of the minorities in India. But it has failed, miserably at that, in putting its own house in order first. Nothing exemplifies this better than the plight of the country’s Ahmadiyya community. Let us look at some recent incidents to understand how systematically the Ahmadiyyas are persecuted, not just by the Pakistani state and the strict legal framework, but also by organisations and groups.

Last month, the Islamabad Bar Association made it mandatory for its members to declare their faith. Everybody choosing Islam had to declare that they were ‘Not Ahmadiyyas’. Those who failed to do so would have their membership cancelled, the association warned.

Barely a month earlier, a woman government official had been forced to apologise after she referred to Ahmadiyyas and Sunni Muslims in the same breath. Attock Assistant Commissioner Jannat Hussain Nekokara was talking about equal rights for the minorities at an event to mark International Human Rights Day on December 10, 2019. She sought equal rights for non-Muslim Pakistanis. A large group of students reacted angrily to her statements, and forced her to apologise.

Two years ago, the Pakistan government removed Atif Mian, a respected economist and a member of the Ahmadiyya community, from the country’s Economic Advisory Council following protests from hardline clerics. 2018 also saw attacks on Ahmadiyya mosques in the Punjab province and in Faisalabad.

Such incidents only serve to highlight the kind of persecution the Ahmadiyyas, who constitute barely 0.22% of Pakistan’s population, have been facing in Pakistan for decades. This is despite periodic statements from the Pakistani government or its ministers, talking of how they were committed to protecting the rights of the minorities.

Unlike the Sunnis of Pakistan, the Ahmadiyyas do not consider Prophet Muhammad as the last messenger of God. They believe that Mirza Ghulam Ahmed, who founded the sect in British-ruled India in 1889, is their messiah. This has always angered the Sunni Muslims.

Under the second amendment in 1974, Pakistan’s constitution prohibits Ahmadiyyas from identifying themselves as Muslims or calling their places of worship as mosques. Both are punishable offences under Pakistan’s penal code.

In 1984, a new law prohibited the Ahmadiyyas from trying to promote their faith, or even professing their beliefs. Members of the community cannot recite the holy Quran.

The Ahmadiyyas cannot vote as Muslims either. They are part of a separate electoral list, another aspect of Pakistan’s legal framework that resolutely discriminates against the community.

In 2019, the United States Commission on International Religious Freedom (USCRIF) said that Pakistan should be listed as a “Country of Particular Concern’, or CPC, under the International Religious Freedom Act. It sought the US government’s help to persuade Pakistan to release blasphemy prisoners and others imprisoned for their religion of beliefs. It was particularly concerned about the state of the Ahmadiyyas and asked for a repeal of stringent laws against the community.

The next time that persons holding important positions in the Pakistani government decide to talk about minorities in India, they would do well to take a long, hard look at the situation closer home.