Flawed presumptions by InsideArabia on Muslims in India 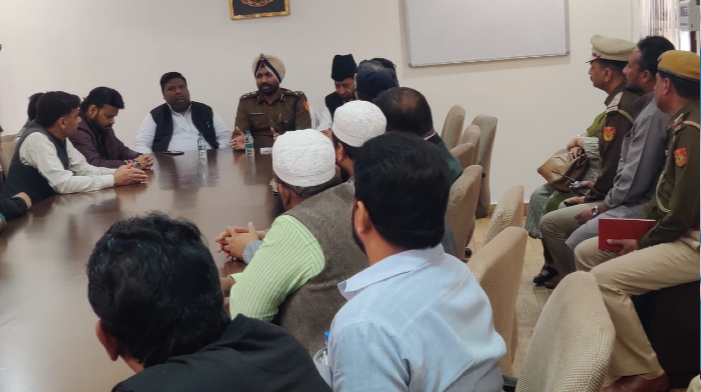 An article in InsideArabia, Muslim Countries No Longer See India’s Mistreatment of Muslims as ‘Internal Issue’, is based on flawed presumptions and wrong assumptions. The thrust of this report is that India is finding itself diplomatically isolated at international fora like the Organisation of Islamic Cooperation (OIC) over the Citizenship (Amendment) Act (CAA) and the National Register of Citizens (NRC). We look closely at the points made in the article and explain why they are wrong or misleading.

With economic growth at its slowest pace in decades, the country’s international reputation is in tatters after the world bore witness to what can only be described as an anti-Muslim pogrom in the streets of New Delhi a couple of weeks ago.

To say that India’s international reputation is in tatters is absolutely incorrect. No less than US President Donald Trump has praised the Indian government’s performance when it comes to religious freedom. Responding to a question at a press conference towards the end of his two-day India visit on February 25, Trump referred to discussions he had with Prime Minister Narendra Modi on the subject.

Over 60 social media accounts were created on February 22; they were closed down on February 26. These accounts were used to provoke people for riots and the police are trying to track down the people who did this, the Union Home Minister said.

That the Delhi violence was part of a conspiracy is also proved by several people crossing over to Delhi from Uttar Pradesh specifically to incite riots.

Indeed, radicalized Hindu nationalists lynched and murdered 47 Muslims and police either passively stood by or participated in the violence.

It is worth emphasising again that the violence affected members of different religious communities, not just Muslims.

Delhi Police did not stand by passively. As many as 30 to 40 companies (3,000 to 4,000 personnel) of the Delhi Police and Central Armed Police Forces (CAPFs) were deployed in the affected areas on February 23 and 24.

The first incident of violence was reported at 2 pm on February 24 and the last one at 11 pm on February 25. In other words, the riots were contained in less than 36 hours. This would not have been possible if Delhi Police and CAPF personnel had not taken the right steps to bring the violence to an end.

Delhi Police took several proactive steps to calm tempers and ensure peace in the affected areas, including holding a series of Aman (Peace) Committee meetings that had representatives from all communities.

Over 700 First Information Reports (FIRs) have been registered by the Delhi Police. Three people who financed the riots have been arrested. Two persons affiliated with ISIS have also been held for stoking communal violence.

When officials aren’t referring to Muslims as “traitors,” “terrorists,” or “pests,” they are promising to incite the kind of mass deportation not seen since the 1947 partition and passing of anti-Muslim apartheid laws, otherwise known separately as the Citizenship Amendment Act (CAA) and National Register of Citizens (NRC).

Prime Minister Narendra Modi and Union Home Minister Amit Shah have repeatedly denied that the CAA and NRC are anti-Muslim.

"The law does not impact 1.3 billion Indians, and I must assure Muslim citizens of India that this law will not change anything for them," PM Modi said at an election rally in Delhi on December 22.

Indian government officials are well aware of the country’s secular character. The stated policy of this as well as earlier governments is that members of all religions are equal when it comes to being provided with opportunities and benefits.

Prime Minister Narendra Modi also reiterated this fact at the same election rally. The government has never asked people whether they go to a temple or a mosque when it comes to implementing welfare schemes, he said.

The Bill is not against any minority community and the rights of each Indian citizen will be equally protected, Amit Shah said while introducing the Citizenship (Amendment) Bill, 2019, in Rajya Sabha on December 11 last year..The only religion that the Modi government follows is the Constitution of India, the Union Home Minister emphasised.

An official statement made by the OIC last week, however, suggests the largest organization of the Muslim world has finally had enough of Modi’s BJP radical Hindu nationalist agenda.

In a statement issued on February 27, the Organisation of Islamic Cooperation (OIC) condemned the recent and alarming violence against Muslims in India, resulting in the death and injury of innocent people and the arson and vandalism of mosques and Muslim-owned properties.

"The OIC statement is factually inaccurate, selective and misleading. There is an effort on the ground to restore normalcy and create confidence. We urge these bodies not to issue irresponsible statements at such a sensitive time," Ministry of External Affairs Official Spokesperson Raveesh Kumar said in a response the same day.

No doubt India is finding itself increasingly isolated, at least diplomatically, because of its implicit support for racist and discriminatory policies that target Muslims in the legislature, courts, and streets. That international bodies such as the OIC, which have reliably offered New Delhi steadfast support, are now distancing themselves from Modi’s BJP government should be seen by New Delhi as an unmistakable warning to change course.

This appears to be a clear case of disinformation. No government policy discriminates against or targets Muslims in any sphere of activity. India’s Constitution clearly defines the country as a secular republic.

Secondly, India is heard with due attention at all international fora. There is no truth in the claim that international bodies such as the OIC are distancing themselves from the Indian government. Pakistan has been trying to convince Saudi Arabia, the current head of the organisation, to take up Jammu and Kashmir but it has failed to get a positive result. Of the 56 member countries in the OIC, only Turkey, Malaysia and Iran have spoken about Article 370 and Delhi violence.

On March 15, at India’s initiative SAARC video conference on Coronavirus was held and it was attended by heads of government/state of all countries of the region. However, Pakistan was the only country which was represented at the conference by a junior minister and not by Prime Minister Imran Khan.

On March 20, Indian Foreign Secretary Harsh Vardhan Shringla participated in a telephonic conference initiated by US Deputy Secretary of State Stephen Biegun. It involved senior representatives from Australia, South Korea, Vietnam, New Zealand and Japan. Therefore, to say that India is isolated from the international community is false and far from the truth.