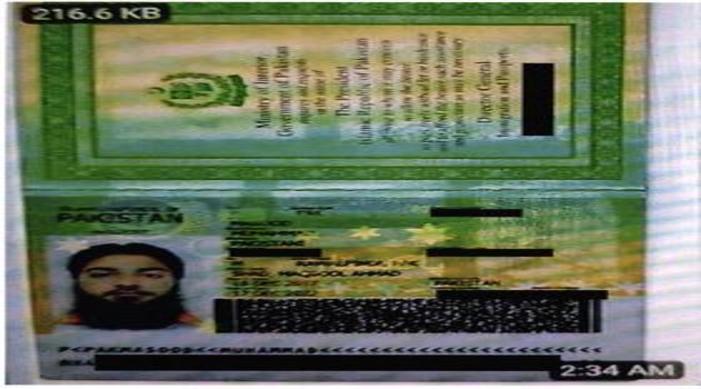 Many well-educated Pakistani youth have been joining ISIS, lured by the good money and perks

While governments across the world are putting all their energies into taming the dangerous Covid-19 epidemic, Pakistani terrorists are busy spreading their deadly tentacles across the globe. On March 19, the Federal Bureau of Investigation (FBI) of the United States arrested Muhammad Masood, a licensed medical practitioner from Pakistan who was planning to join the Islamic State, either on the battlefield of Syria or as a “lone wolf” in America. The incident should not surprise anybody given the situation inside Pakistan where terrorists are considered as strategic assets in the country’s fight against India or any other country which practices democracy and upholds the rule of law in its governance.

Remember, terrorist outfits like the Jaish-e-Mohammad (JeM), Lashkar-e-Taiba (LeT), Taliban and the Haqqani group are products of resources and training camps which are controlled and funded by the Pakistan Army through its nefarious intelligence wing Inter-Services Intelligence (ISI). Since 2014, most of the Pakistani youth with a good educational background have preferred to join ISIS, lured by the handsome salary and perks. Those with a Madarsa educational background are, however, still with terrorist groups which work against India and Afghanistan.

Though there is no estimate on the number of Pakistani nationals joining terrorist outfits each year, as per Indian intelligence sources, each young recruit is given three to four months training in either Pakistan’s Khyber-Pakhtunkhwa province or somewhere in Pakistan-occupied Jammu And Kashmir (PoJK). Because of the fear of being black listed by the Paris-based Financial Action Task Force (FATF), Pakistan is not openly supporting terrorists, but it continues to surreptitiously promote their activities. The nexus between terrorist groups and the Pakistani state continues to exist and those who dare to expose it are either silenced or put behind bars under various charges. Pakistani doctor Shakil Afridi who helped the US find al-Qaeda leader Osama bin Laden and later kill him in May 2011, is rotting in jail for around 9 years in Peshawar.

US President Donald Trump in the 2016 election campaign had promised to get Dr Afridi released in two minutes if elected, but this never happened. Despite facing US aid cuts to the tune of millions of dollars and international humiliation due to the non-release of Dr Afridi, Pakistan’s remorseless political establishment is making the renowned physician languish in prison. Then who will forget the intrepid journalist of the Pakistani English daily Dawn, Cyril Almeida. He was forced to flee Pakistan after his 2016 report uncovered the country’s contentious military-terrorism ties. The Pakistani daily and its editor Zaffar Abbas are still facing state persecution, intimidation and threats.

These examples paint a convincing picture of Pakistan’s end-to-end involvement in practicing a state-craft that considers terrorism as its assets. In such an atmosphere, if 28-year-old doctor Muhammad Masood nurses a dream of becoming a ISIS mercenary, it should not surprise anybody. Yet what is shocking is that when the world needed him to devote his time in saving human beings facing existential threats on account of the fatal Coronavirus, he was found involved in terrorist activity.