India continues to be India, despite what ‘The Atlantic’ says 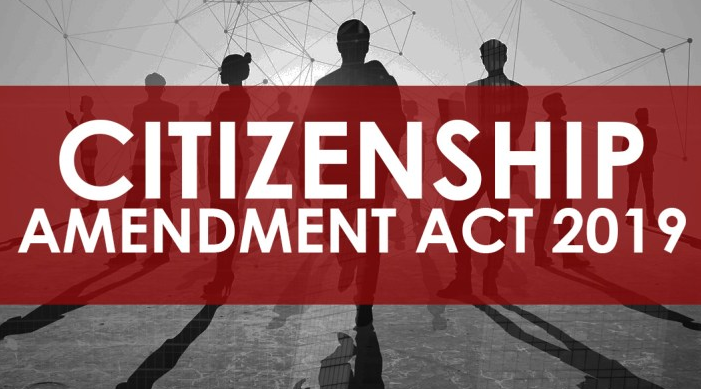 The US English weekly news magazine, ‘The Atlantic’ published an article in its May 2020 issue. It is not only judgmental and shorn off objectivity, but also full of chicanery with writer Aatish Taseer liberally playing with facts and painting India in a bad light in the article, “India Is No Longer India”.

IndiaVsDisinformation.com rebuts point by point all baseless and inappropriate charges the magazine has leveled against the country in its story.

India had been on the boil for weeks. On December 11, Prime Minister Narendra Modi’s Hindu-nationalist government had passed its Citizenship Amendment Act (CAA), which gave immigrants from three neighboring countries (Afghanistan, Pakistan, and Bangladesh) a path to citizenship on one condition: that they were not Muslim.

It is completely wrong to term the CAA as anti-Muslim. Secondly, are Muslims in Muslim dominated Pakistan, Afghanistan and Bangladesh persecuted citizens? No. But Hindus, Sikhs, Jains, Buddhists, Parsis and Christians are persecuted citizens in these countries.

In Afghanistan, as per the 2018 report of the US State Department, there were just 700 Sikhs and Hindus left as families had been leaving because of the conflict there. Bangladesh came into existence in 1971 with a secular constitution, but in 1988 Islam was made the official state religion.

In Bangladesh, as per the International Organization of Scientific Research (IOSR) Journals, in general, government institutions and the courts protect religious freedom in the country. Religious minorities are often at the bottom of the social hierarchy and, therefore, have the least political recourse. Hindu, Christian, and Buddhist minorities experience discrimination and sometime violence from the Muslim majority.

As per various media reports, in 2018 alone, as many as 1,792 incidents of persecution against people of religious minorities took place in Bangladesh. Of these incidents, 50 took place on religious institutions and temples while 2,734.81 acres of land of Hindus were grabbed by local musclemen belonging to the Muslim community. Deep insecurity among Hindus is cited as the key reason behind the decline of the community’s population in Bangladesh. According to the 1951 census, in the country then known as East Bengal, Hindus were 22 per cent of the population. In 1974, the figure came down to 14 per cent and the 2011 census indicates that Hindus make up only 8.4 per cent of the total Bangladesh population.

Whereas in Pakistan, persecution against religious minorities is well known. In a report published by the European Union Parliament in May 2019, Pakistan’s role in institutionalized discrimination and persecution against religious minorities is clearly alleged. The report says biases against the religious minorities, embedded in the Muslim majority Pakistani society, is manifest in the various forms of targeted violence, mass murders, extrajudicial killings, abduction, rapes, forced conversion to Islam, making the Pakistani Hindus, Christians and Sikhs one of the most persecuted minorities in the region. As per a data of 156 incidents of forced conversions between 2013 and 2019 in Pakistan, compiled by the Peoples Commission for Minorities’ Rights and the Centre for Social Justice, a vast majority of the girls are minors, with numerous cases of girls as young as 12 years old.

The CAA would kick into action, providing non-Muslims with relief and leaving Indian Muslims in a position where they could face disenfranchisement, statelessness, or internment.

None of clauses of CAA talks about taking away the citizenship of Indian nationals. Speaking in Rajya Sabha on March 13, Union Home Minister Amit Shah categorically said that false propaganda is being spread about CAA. This Act is not to take anyone’s citizenship but to give citizenship.

Speaking in Parliament on February 6, Prime Minister Narendra Modi had announced that no Indian's citizenship would be affected due to the Citizenship Amendment Act (CAA), including Muslims.

In short, [CAA is ] an arrangement in which being Indian meant accepting Hindu dominance and actively eschewing Indian Muslims.

Again, a false narrative is being woven around CAA. It has nothing to do with those who are Indian citizens. Instead, it ensures citizenship to those religious minorities from Pakistan, Afghanistan and Bangladesh, who have suffered discrimination, apathy, harassment, persecution and extra judicial killings at the hands of majority Muslim community members in these countries. Therefore, it is totally wrong and prejudicial to say that CAA will lead to an arrangement in which Hindu dominance will be explicit. Rather, the fact is that the citizenship law has led to an arrangement wherein India’s humanitarian outlook has got further institutionalized.