India lends a helping hand to its ‘extended neighbourhood’ 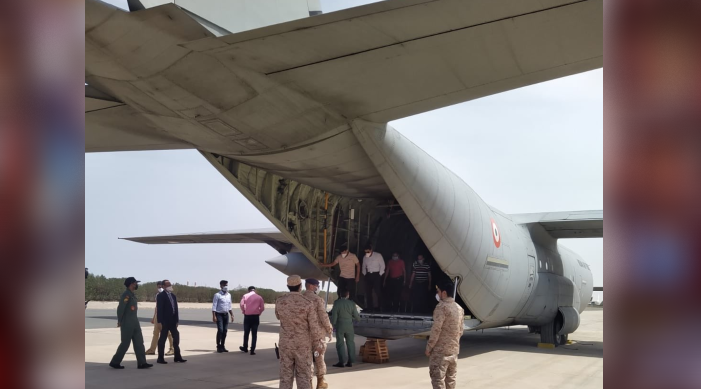 As India continues with its philosophy of “Vasudhaiva Kutumbakam”, a Sanskrit phrase which means “the world is one family” in dealing with the Covid-19 pandemic, it has also been focusing on strengthening cooperation with the Arab world in this time of crisis.

Over the past few weeks, Prime Minister Narendra Modi has reached out to leaders of most Arab states. This has been promptly followed up by the Indian government dispatching medical supplies, including drugs critical to the fight against coronavirus, to many of these countries.

Nothing exemplifies the Indian government’s approach better than its move to send a 15-member Rapid Response Team, including doctors and healthcare personnel, to help the Kuwaiti government in its battle against Covid-19. The team arrived in Kuwait on April 11. “This underlines the special relationship between India and Kuwait,” External Affairs Minister Dr S Jaishankar said on Twitter.

Less than a fortnight earlier, on April 1 to be precise, PM Modi had spoken on phone to Kuwaiti Prime Minister Sheikh Sabah Al-Khaled Al-Hamad Al-Sabah. According to the Ministry of External Affairs, the two leaders “agreed that their officials would maintain regular contact during the health crisis, in order to exchange information and explore avenues of cooperation and mutual support”.

In a phone call with Egyptian President Abdel Fattah El-Sisi on April 17, Prime Minister Modi assured him that India would provide all possible support to ensure availability of pharmaceutical supplies during these difficult times.

The Indian Prime Minister had spoken with King Abdullah II of Jordan just a day earlier. According to the MEA, the two leaders discussed the challenges posed to the world by the COVID-19 pandemic, and the steps being taken in their respective countries to limit its impact. “They agreed to support each other’s efforts to the maximum possible extent, by sharing information and best practices and by facilitating needed supplies,” the ministry said in an official release.

Strong bonds being made even stronger

India has strong trade and economic ties with several Arab countries, particularly Saudi Arabia and the United Arab Emirates (UAE). In this time of international crisis, India is making a serious effort to extend the ambit of its bilateral relationships with these and other countries to include health and medicine as well.

India’s approach is that of engaging closely with what it considers its “extended neighbourhood”.

With India opening up the export of Hydroxychloroquine (HCQ), the anti-malarial drug that is believed to be effective in coronavirus treatment, Israel, the United Arab Emirates (UAE), Jordan, Egypt, and Oman are on the list of countries that are receiving such supplies.

India’s decision to send a consignment of the drug to Israel drew deep appreciation from Prime Minister Benjamin Netanyahu. He thanked India on Twitter on April 10, two days after India sent the medicines, saying, “Thank you, my dear friend @narendramodi, Prime Minister of India, for sending Chloroquine to Israel. All the citizens of Israel thank you!"

India also lost no time in reaching out to Oman (PM Modi spoke with the Sultan of Oman HM Haitham bin Tarik on April 7) and Bahrain (the Indian Prime Minister and King of Bahrain HM Hamad Bin Isa Al Khalifa spoke on phone on April 6).

In both the cases, the leaders discussed the health and economic challenges posed by the ongoing COVID-19 pandemic, and agreed to support each other in dealing with the crisis.

The coming weeks may well see an increase in the intensity of engagement between India and Arab nations when it comes to sharing specialised medical knowledge as well as leveraging each others’ strengths in medical care and allied fields.