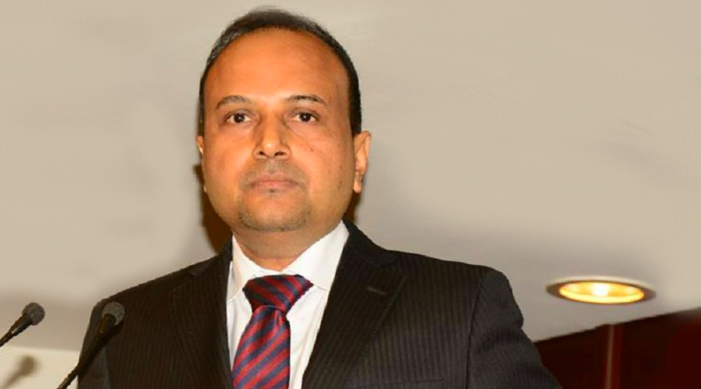 Pakistan should address the concerns of its own dwindling minority communities

India slammed Pakistan Prime Minister Imran Khan for his comment on targeting of Muslims in the country in the background of Covid 19. External Affairs Ministry spokesperson Anurag Srivastava on Sunday said: “The bizarre comments by the Pakistani leadership are an attempt to shift focus from the abysmal handling of their internal affairs.”

In his tweet, Prime Minister Imran Khan accused India of “deliberate and violent targeting of Muslims.” Responding to it, the MEA spokesperson said: “Instead of concentrating on fighting COVID19, they are making baseless allegations against their neighbours.”

In response to media queries, Anurag Srivastava said: “On the subject of minorities, they would be well advised to address the concerns of their own dwindling minority communities, which have been truly discriminated against.”

Prime Minister Imran Khan wants to build a ‘Naya Pakistan’, but he has never tried to address human rights concern of Hindu, Christian, Sikh and Ahmediyaas.

Collusion between landed influential politicians, religious elite and independent media is cited as the reason why the process of justice towards members of the minority community has been left stuttered in Pakistan. This view point matches the World Sindhi Congress’s 2015 Report to UN Office of the High Commissioner for Human Rights. In its report, the UK, US and Canada-based advocacy group said 20 or more Hindu girls are abducted and converted into Islam every month in areas like Umerkot, Tharparkar, Sanghar, Ghotki and Jacobabad—all parts of the Thar region of Pakistan.

With passage of every year, Pakistan’s minority community members’ life is turning from bad to worse. As per data provided by Pakistan’s National Commission for Justice and Peace (NCJP), a total of 776 Muslims, 505 Ahmediyaas, 229 Christians and 30 Hindus have been accused under various clauses of the contentious blasphemy law, in the year between 1987 and 1918. This exemplifies how the laws are unfairly used to target minority community members in Pakistan. And for this the European Union has held the country and its political elites responsible. Castigating Pakistan for being lax in protecting the rights of its minority people, the European Union Parliament in its report in May 2019 said that biases against the religious minorities in Pakistan is manifest in various forms of targeted violence, mass murder, extrajudicial killings, abductions, rapes, forced conversion to Islam.”