USCRIF report against India indicates a wilful play with facts 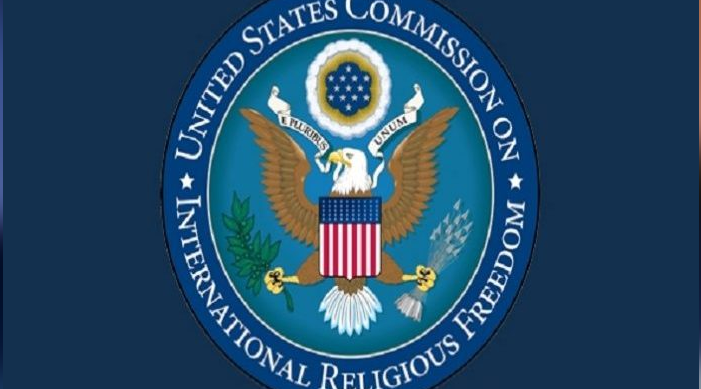 India has rejected the US Commission on International Religious Freedom (USCIRF) report for designating it as a country of particular concern because of its “tolerating systematic, ongoing and egregious religious freedom violations.”

Ministry of External Affairs spokesperson Anurag Srivastava said, “Its (the USCIRF's) biased and tendentious comments against India are not new. But on this occasion, its misrepresentation has reached new levels. It has not been able to carry its own Commissioners in its endeavour. We regard it as an organisation of particular concern and will treat it accordingly.”

USCRIF makes mention of the Citizenship Amendment Act (CAA) and Assam’s National Register of Citizens (NRC) in its report. It says India took a sharp downward turn in 2019. The national government used its strengthened parliamentary majority to institute national-level policies violating religious freedom across India, especially for Muslims. It enacted the Citizenship (Amendment) Act, which provides a fast track to Indian citizenship for non-Muslim migrants from Afghanistan, Bangladesh and Pakistan already residing in India, the report says.

Missing facts in USCRIF report
USCRIF fails to take note of the fact that the Indian leadership has already cleared the air on the NRC issue, stating that the law, implemented in Assam, will not be applied in other parts of the country. Also, both Prime Minister Narendra Modi and Union Home Minister Amit Shah have repeatedly said both inside the parliament and outside it, that the CAA is for granting of citizenship to persecuted minorities belonging to the Hindu, Sikh, Buddhist, Jain, Parsi and Christian communities from Pakistan, Afghanistan and Bangladesh.

In these three Islamic republics, Muslims are not persecuted nor are their human rights violated as is seen in the case of Hindu, Sikh, Christian or other minorities. In Pakistan, a Sindhi Hindu woman was recently beaten with iron rods by a group of Muslim men because she drank water from a Muslim person’s hand pump. Each year, hundreds of minor Hindu, Sikh or Christian girls are abducted and married off to Muslim men in Pakistan’s Sindh province, but no law is deterrent enough to create fear in the minds of perpetrators of forced conversion and marriages.

Even during the time of Covid-19, when the world is facing a deep humanitarian crisis, there are reports of some Hindu or Christian families not getting state support in Pakistan in terms of availing relief materials. In neighbouring Afghanistan, 25 Sikh pilgrims were killed inside a Gurdwara in Kabul in March this year. In the background of these developments, granting citizenship to minorities from these countries needs to be seen as a humane and not a discriminatory act.

USCRIF on the revocation of Art 370
The USCRIF annual report says in August 2019, the (Indian) government also revoked the autonomy of Muslim-majority state Jammu and Kashmir and imposed restrictions that negatively impacted religious freedom.

This is hardly an objective assessment of the situation.

Abrogation of Art 370 in Jammu and Kashmir has never led to curtailment of religious freedom in the region, instead it has resulted in bringing it into the political, social and economic mainstream of the country. For more than seven decades, the region could not avail the fruits of development on account of the contentious autonomy law. The said article was working as an impediment in the path of investments, employment generation and the centrally sponsored welfare schemes. It was working as a roadblock in the way of Dalits’ progress.

However, it was working as an instrument of secession from India. It was working as a tool for Pakistan’s divisive activity. According to a report, more than 40,000 people were killed in Pakistan sponsored terrorism in Jammu and Kashmir since 1989, while thousands of Kashmiri Pandits were forced to leave their homes and hearth on account of targeted violence in the region.

Besides, it is completely wrong to say the abrogation of Art 370 has led to imposition of restrictions in religious freedom. Instead the ground reality is that abrogation of autonomy law has heralded a new era in the life of Jammu and Kashmir. For the first time in the past three decades, Kashmiri Pandits were able to offer prayers in temples during Maha Shivratri. On the other hand, Muslims are holding their prayers in mosques without any threat from terrorists.

Such observations seem to be based on misplaced inputs on incidents of mob violence.

Mob lynching is not a new phenomenon in India. Out of mistaken identity and facts, even Hindus have been done to death by mobs in the country. Just recently two Sadhus (Hindu saints) along with their driver were killed in Maharashtra by mobs because of rumours and mistaken identity. Therefore, to link mob lynching with Muslims is grossly inappropriate, and goes beyond the merit of fair assessment.

Dissenting voices of panelists of the report
Two of the nine-member panel expressed dissent over its recommendations. Commissioner Tenzin Dorjee said, “India does not belong to the same category as authoritarian regimes like China and North Korea. India is the largest democratic nation in the world, where the CAA has been challenged openly by the opposition Congress Party and lawmakers, civil society, and various groups.”

The USCIRF is an independent, bipartisan US federal government commission. It makes policy recommendations based on its review of global religious freedom to the US President, the Secretary of State and the US Congress.
Attachments area