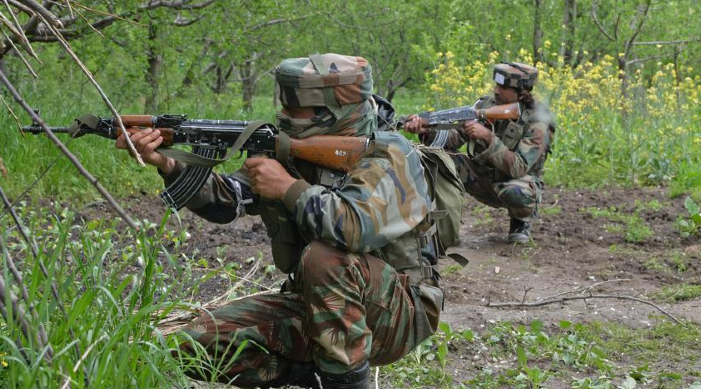 Riyaz Naikoo was involved in a string of attacks on policemen, security forces and civilians, including migrant workers, fruit traders and a trucker in Kashmir.

Glorifying dreaded Hizbul Mujahideen commander Riyaz Naikoo, killed by Indian security forces in an encounter in Kashmir on Wednesday, as a mathematics teacher-turned-rebel commander in social media posts or in write-ups by any media organization, is highly condemnable. It is rather seen as an unlawful activity, which has a potential to cause disaffection against the country and trigger an alarm in the minds of people.

But ignoring all this, Reuters, a London-based international news organization owned by Thomson Reuters, in an article published on May 6 “Indian troops kill militants, triggering clashes across Kashmir’, has gone an extra mile to describe Riyaz Naikoo as a “rebel,” instead of pointedly identifying him as a terrorist or a militant who carried a bounty of Rs 12 lakh ($15,800) on his head.

He was involved in a string of attacks on policemen, security forces and civilians, including migrant workers, fruit traders and a trucker in Kashmir. Brutality was deeply entrenched in his method of killings and violence. According to the Jammu and Kashmir Police, he didn’t spare even farmers when it came to collection of funds for the Hizbul Mujahideen.

Yet Reuters went ahead in eulogizing the deceased terrorist, which runs counter to the ethics and principles of the journalistic profession. There are several guidelines on the news coverage of terrorism by journalists.

According to the European Union (EU) prepared guidelines, “Journalists must be particular careful in the way they discuss terrorists, to avoid giving them prominence and in particular to ensure that they are not conveyed as heroes from their own perspective.”

While UNESCO guidelines on coverage of terrorism by the media maintains that, “Terrorism aims not only to frighten, but also to exacerbate and polarize…Therefore, while covering terror-related incidents, the tone (of writing) is crucial for keeping the reactions within the population proportionate and preventing fear from dividing the society.”

Nonetheless, what is shocking to any peace loving person is the international news agency’s deliberate attempt to camouflage the facts about Hizbul Mujahideen. The outfit has been portrayed as a group of rebels, whereas the fact is the US State Department has designated it as foreign terrorist organization under the immigration and nationality act in August 2017. Earlier, the US had declared Hizbul chief Sayeed Salahuddin alias Mohammad Yusuf Shah as specially designated global terrorist. The European Union has also declared Hizbul Mujahideen as a terrorist group, while India has already outlawed the 1989 founded group.

But for Reuters, 35-year-old Riyaz Naikoo, a poster boy of terrorism in Kashmir, was a rebel. Detailing the killed terrorist’s activity, the news agency says Naikoo, also responsible for the abduction of over a dozen family members of policemen in 2018, had joined the militants in 2012, two years after around 100 people were killed by troops during a restive summer marked by protests and violence. Again, the news agency appears to have sidestepped facts for the sake of sensationalism. Even though 2010 was a restive year for the residents of Kashmir, as Pakistan-backed elements had clashed with police and set on fire a Christian missionary school, government buildings, numerous police vehicles and others, Indian security personnel had never opened fire to kill 100 civilians in the region.

The foreign news agency should have checked the facts before doing a news story on the Kashmir issue. It should have avoided colouring the story with paint, which is markedly anti-India. In fact, in the search for sensationalism, it allowed credibility of the news article to suffer.

It lost the wheel of journalistic ethics in the sand of distortions and untruth; it glorified a terrorist who was responsible for mayhem and death in Kashmir and lost no moment in making terrorism as a glorious act of Kashmiri youth seeking redemption from India. Naikoo had given a fresh thrust to radicalization of youth in the Valley. He used to upload all radicalized youth photographs on social media and tried to play with India’s interests by encouraging youth to kill security forces, burn government and other properties.

By not highlighting these facts, Reuters ignored the basic tenets of journalism.