India is no country for Islamophobia 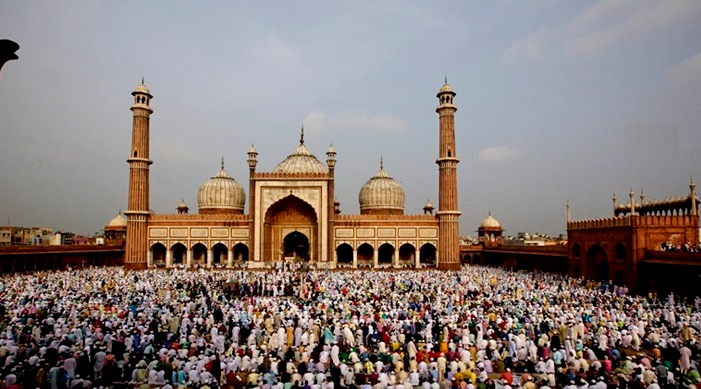 Without being secular themselves, Muslim leaders in the country constantly take shelter behind the secular Indian constitution to disgorge their communal bile

To accuse India of Islamophobia is truly perverse. Given the wounds inflicted by centuries of Muslim rule, India as a majority Hindu country could have been deeply intolerant towards Islam. Instead, it has embraced Islam as an integral part of India.

Islamic fundamentalism ravaged India in 1947, long before the world discovered the pernicious nature of this ideology centred on a clash of civilisations, refusal to accept modernity and diversity, the violent assertion of religious identity, religious intolerance, terrorism, unspeakable brutalities, territorial ambitions, and so on. The belief that Muslims formed a separate nation created Pakistan. Up to 2 million were possibly killed during Partition and 14 million made refugees. The Muslim issue, despite Partition, has continued to torment India with Pakistan’s aggression in Kashmir, and Islamic terrorism against India since 1990 by jihadi groups based in Pakistan. The Kashmiri pundit community has been the victim of ethnic cleansing in the Valley.

India has nevertheless striven since independence to build a socially peaceful, secular, democratic home for all Indians, including the Muslim community. India gave itself a secular constitution in tune with the accommodating and tolerant Hindu spirit, which even embraced the “minority” concept and made special provisions for the Muslims and other minorities to manage their religious and educational institutions and leaving almost untouched their personal laws.

While the Hindu majority has been willing to shed the bitter load of history and move forward towards an inclusive future, the conservative Muslim leadership has resisted the change in thinking needed to become real partners in this national ethos and endeavour. Instead of becoming secular in its thinking for better integration, identity assertion with Arabised accoutrements has become more visible. Extremist Muslim organisations have emerged in southern India. The agitation against the Citizenship Amendment Act, as well as the National Register of Citizens, has communal roots dissimulated under a constitutional cover. Kashmir has lost its Sufi traditions and has become Islamised. Its leadership has kept the wound of partition alive by nurturing separatism and lionising terrorists. The Ram Mandir issue was made into a prolonged test of political and social will by the Muslim leadership, with the Supreme Court judgment not accepted with grace.

Without being secular themselves, Muslim leaders like Owaisi constantly take shelter behind the secular Indian constitution to disgorge their communal bile. The “liberal leftist” lobbies in India see no contradiction in the Hindu community being exhorted to be secular to protect the right of the Muslims to be non-secular. Their focus is therefore always on the “non-secular” acts or statements by a Hindu and not on the communal acts or statements by a Muslim.

The Muslim leadership has been content to play divisive politics in India in league with those political parties also averse to any form of Hindu consolidation. Its electoral strategy not to vote for the BJP as a Hindu party is itself communal in approach. If the BJP wins without the Muslim vote, as it has, the Muslims are bound to lose politically, as they have. They cannot then fall back on the constitution to compensate for the failings of their political strategy.

The secular Indian constitution is no barrier to pan-Islamism, which is antithetical to Indian nationalism. The Muslims by virtue of their faith cannot delink themselves from Muslims worldwide. This explains the reputedly moderate Delhi minority panel chief’s reprehensible tweet thanking Kuwait for “standing with Indian Muslims” and reminding Hindu bigots of the huge goodwill Indian Muslims enjoy in the Arab and Muslim world, and praising in the process a terrorism instigator like Zakir Naik.

This explains why when the US Commission for International Religious Freedom (USICRF) castigates India as an Islamophobic country and recommends sanctions against it, no denunciation comes from Indian Muslim leaders. When Turkey’s Erdogan speaks about his concern for his Muslim “brothers and sisters” in Kashmir or Malaysia’s Mahathir condemns India for occupying Kashmir by force, no Muslim organisation rejects this interference in India’s internal affairs and reminds the USCIRF or foreign Islamic leaders that as Indian citizens they have the protection of the Indian constitution and do not need foreign support.

Organisations like the USICRF, whose focus is on conversions to Christianity in India, have no historical understanding of the Muslim question in the subcontinent and the remarkable tolerance with which Hindu society addressed it in independent India. They should contrast it with the cavalier killings of blacks by the American police even though blacks never ruled America and suppressed whites, a stigma that even the ‘half-Black’ President Obama failed to handle. Europeans would understand the Indian situation better if they reflected on how their Muslim population, which never ruled them and has no historical angst to sublimate, resists integrating itself into their democratic, secular polities and sections of it are still attached to sharia, not to mention their involvement in terrorism at home and participation in the excesses of the Islamic State in West Asia. It is Hinduphobia to accuse India of Islamophobia.