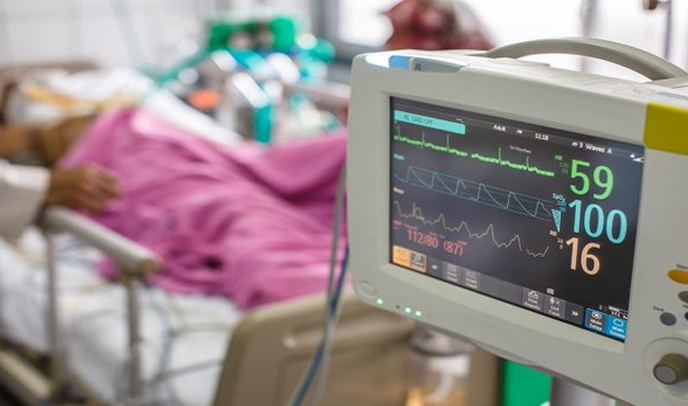 USAID, the external aid agency of the United States government, will pay the company producing the ventilators directly

The commonly-used phrase, ‘Caesar’s wife must be above suspicion’ may appear clichéd now, but its true meaning continues to be the same. It has not died down at least in the case of India where commitment of its leadership towards advancing and protecting India’s interests is acknowledged worldwide with all positivity.

Still there are people, media persons and institutions which are habitually negative in their outlook and they never miss a chance to bring good work being done within the bracket of suspicion.

Days after this announcement, some media outlets gave a price tag to each of the ventilators. Quoting unnamed officials, Hindustan Times in its report on May 19 said, “Each of these mobile ventilators is estimated to cost the US administration $13,000 (Rs 9.6 lakh at current exchange rates) without accounting for the transportation costs. In all, the ventilators will be worth about $2.6 million (or 192 million) plus freight charges.”

Soon after this report appeared in the daily, some so-called intellectuals, politicians and liberals who have an axe to grind with the current political establishment at the Centre, fell over themselves to circulate the media report in the social media, stating that the ventilators to be provided to India by the US will come with a heavy price tag.

Maya Mirchandani, who used to once work for NDTV, gratuitously tweeted, “Didn’t realize gifts came with $2.6 million price tags. Trump had announced the donation of 200 ventilators to India as a gesture of friendship, now sends a bill? This, even though India is making thousands of its own ventilators already. What’s going on?”

However, when Director of the United States for International Development (USAID) maintained that the ventilators to India are part of a donation and no cost is involved, Maya Mirchandani, who covered the diplomatic beat for years, later issued a clarification stating that “USAID is donating these ventilators, it seems.”

But it was not the same with the opposition Congress party. Even as Rahul Gandhi or his mother and the Congress chief Sonia Gandhi didn’t comment on the issue, the official Telangana Congress Twitter handle included in rumour mongering on the ventilator issue.

Tagging the Hindustan Times report, Telangana Congress tweeted: “Trump tweeted his decision to donate ventilators to India to underline close relations b/w the two countries. How is it a donation if we have to pay for it? Just like hydroxychloroquine, Modi will pay for ventilators because he can’t stand up to Trump?”

The same media report of the English daily was also used playfully through social media handles by the opposition parties in Karnataka. Senior Congress leader Mallikarjun Kharge’s son Priyank Kharge, an MLA in the Karnataka assembly took to Twitter, to hit out at the Prime Minister. “I thought these ventilators were a gift from PM’s closest friend. Guess, there are “no free lunches” after all. Trump’s 200 ventilators for India cost $2.6 million, reaching in 3 weeks-india news-Hindustan Times.”

Unfortunately, each of these people got carried away by the unverified report of the daily. They didn’t care to see that the USAID has clarified that it will pay the company producing the ventilators directly and will also send the technical specifications of the equipment being sent to India.

Despite this, some people have tried to give another twist to the ventilators’ tale. They have gone to the extent of terming the US promised ventilators as “refurbished” ones despite no official communication from either the White House or USAID mentioning anything of this sort.

At a time when the world is deep in humanitarian crisis, any help coming from any corner of the world to fight the deadly Covid-19, must be welcomed with open hands. The US decision to gift ventilators and cooperate with India in the fight against Covid-19 is a perfect example of such help. It also underscores the deep friendship between India and the US.