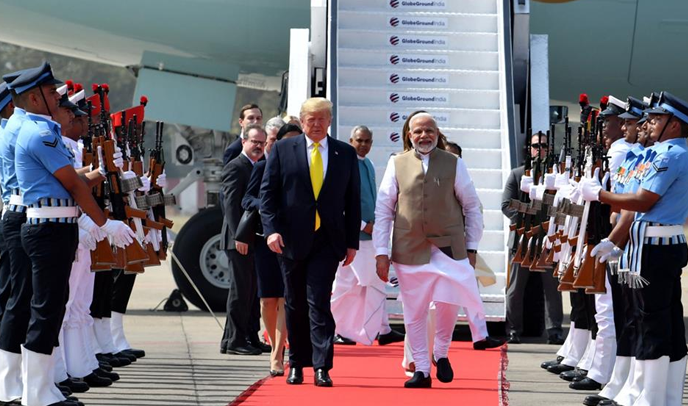 There have been malicious attempts to give a spin to the US donation of ventilators to India.

When the President of the world’s most powerful country makes a major announcement from his official Twitter handle is there a scope for misunderstanding of his message?

Trust some high-heeled Delhi-based journalists with tweaking a straight message and manufacturing fake news out of it. They even seem to have joined the oppositions' attempts to discredit the Narendra Modi government’s fight against COVID-19 that has won praise from WHO and the United Nations chiefs.

It happened recently following the May 15, 2020, announcement by President Donald Trump on Twitter that the US would donate ventilators to ‘our friends in India’ for fighting COVID-19 pandemic.

The message was simple and clear. The US would donate ventilators and the first tranche of 50 of the promised 200 life-saving gadgets was being packed for delivery to Delhi by May-end.

The gesture was in tune with the ongoing synergy between the two democracies and the special bond that President Trump and Modi share.

While the move should have spread cheers and relief among the Indians facing lockdown due to pandemic, political rivals of Prime Minister Narendra Modi launched a campaign that ventilators are no ‘donation’ and India would have to cough up a big amount for these.

Many middle-rung Congress party leaders evaluated the ventilators at $2.6 b. The journalists who joined the campaign on social media are fairly well versed with foreign affairs and have a noticeable presence on social media.

They took to social media to claim India would have to pay $2.9b for the “gift’ of ventilators. The message was that Trump and Modi are making a fool of Indians. 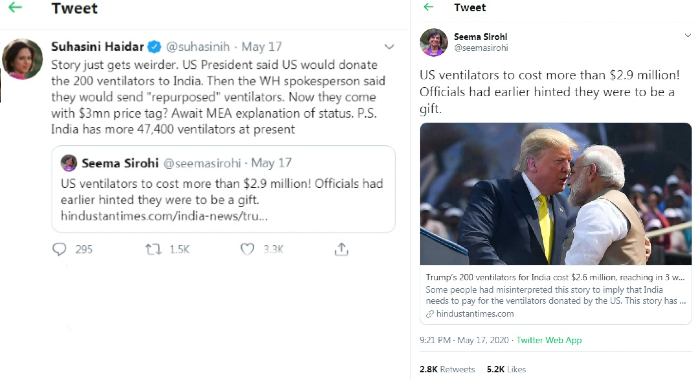 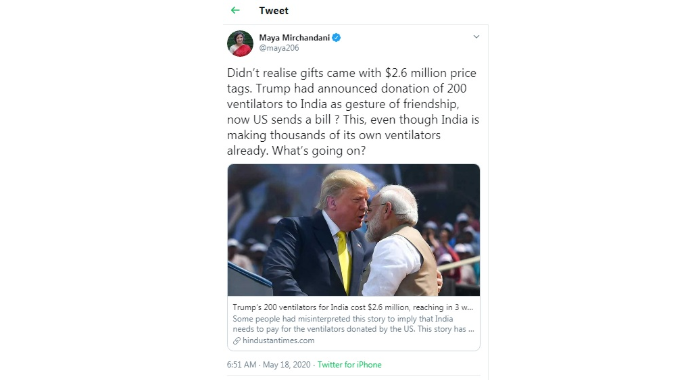 In India, Vijay Chautiawala, who heads the foreign affairs wing of the BJP party, was the first to expose these lies. He took to Twitter to assert that the US is sending a gift and there is no payment involved.

President Trump’s message had no ambiguity as he tweeted about the donation to ‘friends in India’ and also said, “We stand with Indian and @narendramodi during this pandemic. We are also cooperating on vaccine development. Together we will beat the invisible enemy?” 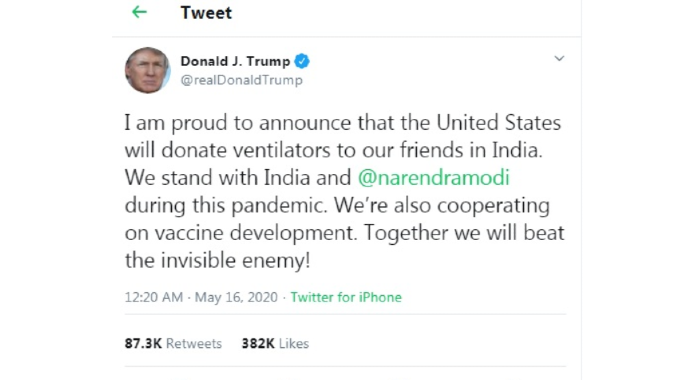 The Indian media persons’ fantasy created reverberations in the US. Ramona El Hamzaoui, acting director of the US Agency for International Development (USAID), had to clarify to the media persons that ventilators to India are a gift and there is no cost attached to it.

She said USAID would pay the companies towards the cost of the ventilators and these should be taken as a gift of the US corporate and the public to India.

Looks like some quarters are inimical to the growing relationship between India and the US and particularly the personal equation between Trump and Modi.

Earlier, on Trump's personal request to Modi, India had reversed the ban on the export of Hydroxychloroquine, used for treating the COVID-19 patients and sent consignments of this medicine to more than 120 countries including the US.

The gesture had generated a lot of goodwill for India across the continents. Modi faced criticism for this too as the opposition alleged India would face shortages in its battle against COVID-19.

Trump had not only thanked us but also promised that India’s gesture would not be forgotten. However, the US government has now clarified that the ventilators are not a pro quid quo but part of a partnership between the two countries.