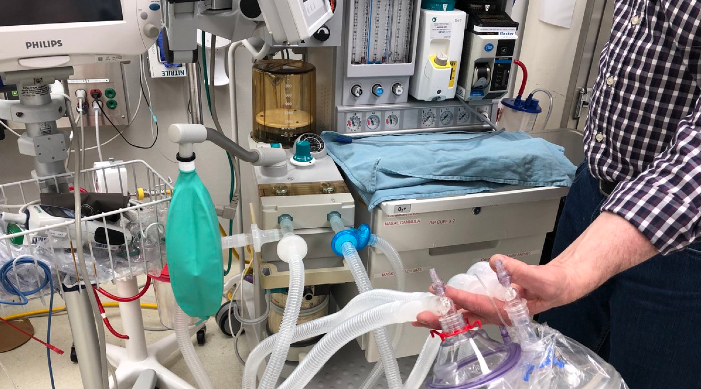 “US ventilators to cost more than $2.9 million! Officials had earlier hinted they were to be a gift.”

It is often said that to look a gift horse in the mouth isn’t polite manners. This is all the truer if the recipient is badly in need of that gift. I am talking about India’s need for ventilators in the times of an unprecedented pandemic.

According to an online B2B platform for medical supplies, we have barely 40,000 ventilators for a population of over 1.3 billion. In the middle of a total lockdown, adding to those numbers is almost impossible due to inactive vendors and crippled logistics. So, who comes to our help, POTUS Donald Trump.

PTI filed the story on May 15 from Washington and by the early hours of May 16, most Indian newspapers, including The Hindu, had carried it in their online editions. So far so good.

On the 17th of May, the Hindustan Times’ (HT) correspondent, Shishir Gupta, filed a follow-up story with a few additional details such as how many will arrive when and also the ventilators’ value in terms of USD.

The Economic Times’ (ET) correspondent based in Washington DC, Seema Sirohi, who probably did not know the details that the HT correspondent in Delhi had reported in his follow-up story the next day, tweets on the issue, tagging the HT story and highlighting the USD value.

“US ventilators to cost more than $2.9 million! Officials had earlier hinted they were to be a gift.”

Suhasini Haider, National Editor and Diplomatic Affairs Editor at The Hindu, joins in to retweet Seema Sirohi, adding- “Story just gets weirder. US President said US would donate the 200 ventilators to India. Then the WH spokesperson said they would send “repurposed” ventilators. Now they come with $3mn price tag? Await MEA explanation of status. P.S. India has more 47,400 ventilators at present”.

A day later, another lady chimed in to complete the trinity. Maya Mirchandani, formerly with NDTV (where else) and then (yeah, you guessed it right) The Wire and Ashoka University, tagged the HT story and tweeted- “Didn’t realise gifts came with $2.6 million price tags. Trump had announced donation of 200 ventilators to India as gesture of friendship, now US sends a bill? This even though India is making thousands of its own ventilators already. What’s going on?”

Now, never mind that these juornos have a background in places such as Scroll.in, The Wire, NDTV, The Hindu, etc. – such spaces that wear their loony-left hypocrisy virtually on their sleeves.

Don’t mind the fact that like the ET, The Hindu too did not have the foggiest on the details such as the $ value of the ventilators that the HT story had carried.

Ignore the fact that 47,400 ventilators, almost flaunted by Suhasini, at the end of her tweet, are grossly inadequate for a country of our size.

Also, for a moment, forget that she had earlier picked on one word from Donald Trump’s tweet- “Donated” while retweeting that tweet of Trump.

Suhasini even had a problem with this gift. An hour after picking on the word “donated” she tweeted yet again- “After accepting foreign donations into PM Cares fund, including from Russian defence exporter, Government prepares to accept a donation of ventilators from the US. Clearly official policy on India being an aid giver, not a taker, has changed.”

So, it is after quibbling about ‘Donated’, mocking about Aid-Giver and Aid-Taker and missing about the vital details of a story that a rival daily had, that she adds her not so inconsiderable tweight (1.2M Followers) to the spin from a chum, Seema Sirohi, who just happens to have done her time in the JNU and bemoaned in a recent article for the ORF, the inability of the Democrats under Joe Biden, to fashion a friendlier India policy.

Would it be gratuitous to ask them why wouldn’t they verify before rushing to tweet from their veritable ivory tower perches? Or, is deliberate misconstruing to suit personal whims and inclinations too juicy a pursuit to give up, even at the cost of embarrassing yourself and inviting the oft repeated accusations of trojan-horse journalism?

Whatever their reasons, together, they attempted, in vain, to sow some eminently avoidable confusion about a straight-from-the-heart gesture from the POTUS that has lent the Indo-US relationship yet more warmth and underscored what the growing personal chemistry between Modi and Trump can achieve for the people of India and the US. 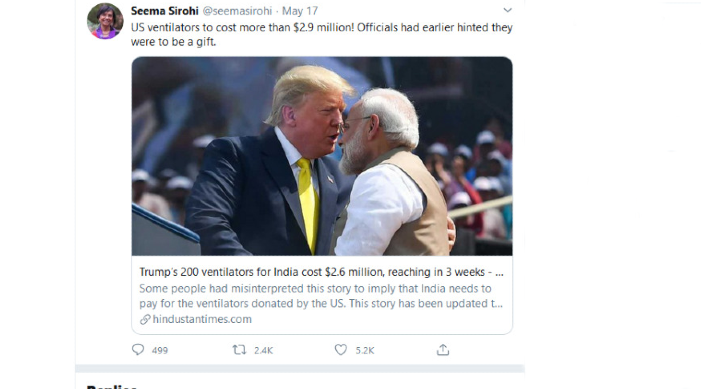 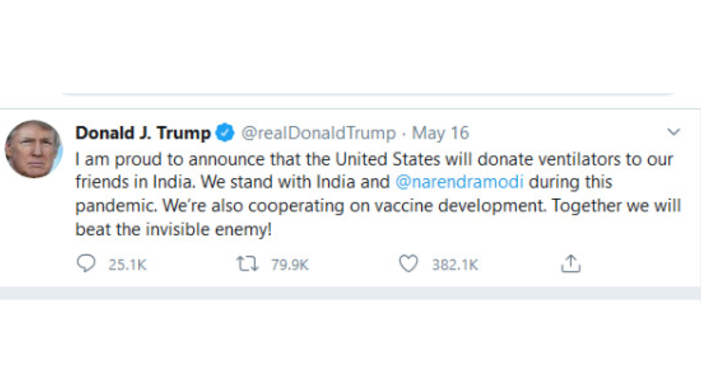 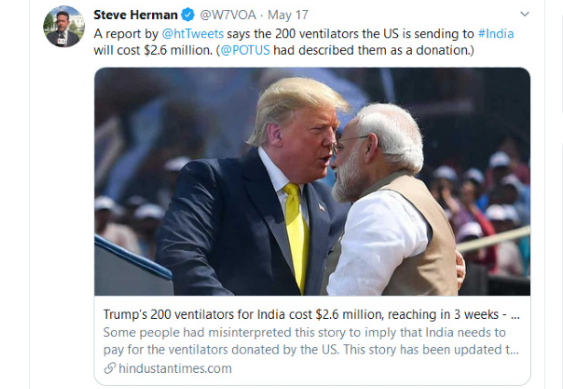 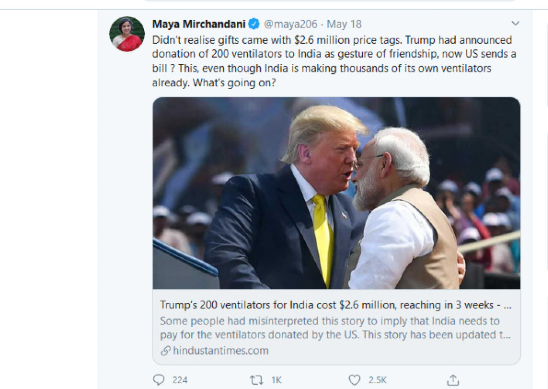