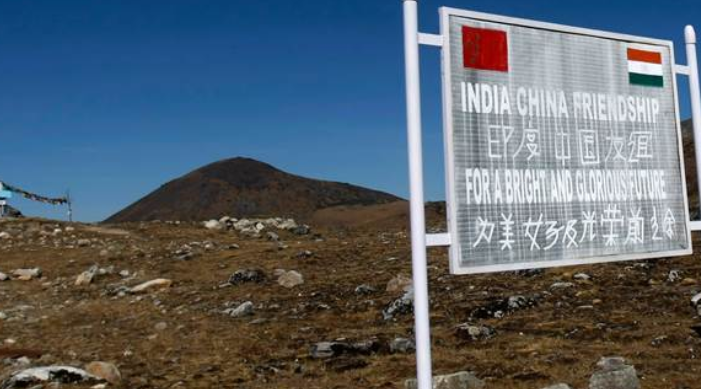 China’s threatening postures at Galwan in the Western Sector of the undefined border with India is part of the latest of the incidents of its muscle-flexing across the board by China taking advantage of the global diversion to fight the Covid-19 that originated in Wuhan. There is also a set method to this madness across the border which witnessed major transgressions recently at Naku La, Pangong Tso and other places. China’s military is bridging the “grey” zones with dual-use civil-military infrastructure projects according to Beijing’s directives and taking advantage of the penultimate phase of the Special Representative talks with India.

On May 5 it was reported that a border incident occurred at Galwan. China’s military sources stated that Indian troops “intruded” into China, built roads and other underground networks. They did not of course report that China has been building more such dual civil-military networks in the whole region, including in Gilgit and Baltistan of Ladakh Union Territory. More importantly, this region is part of the disputed territory between India and China, discussions of which are being undertaken by the Special Representatives.

Sifting through China’s official media obfuscation on the issue is the similarity of the incident with recent history. British Indian fears of Tsarist Russian expansion led to accommodating Chinese in Aksai Chin region, even though Xinjiang provincial maps of 1893 do not include this region as its part of China. Moreover, a Ladakhi Ghulam Rasool Galwan explored this area in 1899 and hence the name which the Chinese acknowledge.

With the entry of troops through Xinjiang into Tibet in 1950, China began for the first time to enter and dominate the area through military activities. Transfer of over 60,000 troops to Lhasa in the 1950s and their replenishment required roads. China soon began the Aksai China road between 1954-57 to form the most reliable supply line for its troops in Tibet. India protested but to no avail.

On July 5, 1962, India sent troops to the Galwan valley only to discover that the Chinese were present in the vicinity since 1959 taking advantage of the roads they built in Aksai Chin. This led to border skirmishes and Indian rout at Galwan, Chip Chap valley and other places. For a long time, these areas were left untouched by both sides.

With the reform and opening-up policies since the late 1970s, China’s appetite increased to gobble up all “grey zones” in South China Sea, East China Sea, India-China border areas and others. In the last two decades, China’s military logistics build-up in these areas is unprecedented, fuelled by double-digit economic growth rates.

Given the unprecedented civil-military built up by China and the accumulated challenges, India only recently woke up to construct strategic roads in the border areas with China. This has become the flashpoint with China which objects to any construction on the Indian side, even as it unilaterally changed the status quo in the border regions.

Even though some Chinese commentators argued that China should escalate the situation to a “limited war” at Galwan, it is likely to be resolved through the established confidence-building mechanisms between the two-armed forces. Doklam in 2017, Pangong Tso and Naku La a few days ago were resolved through local military commands.

Any “limited war” on the unresolved borders could escalate into a full-fledged war with near-total destruction on both sides. Despite such egging on by the Chinese military commentators, the political leadership of China agreed to in Wuhan in April 2018 and at Chennai in October 2019 to de-escalate and send signals for border stability.

Regardless, as such patterns of border escalation has been increasing as reflected in Daulat Beg Oldi incident in 2000, Depsang Plains in 2013, Barahoti, Chumar, Doklam, Asaphila, Longju and other areas, India needs to strengthen its conventional and strategic deterrence capabilities. At the same time Ladakh Union Territory needs to be further revamped with infrastructure facilities and the promotion of tourism.

(The author is Professor in Chinese Studies at Jawaharlal Nehru University. Views expressed are personal.)