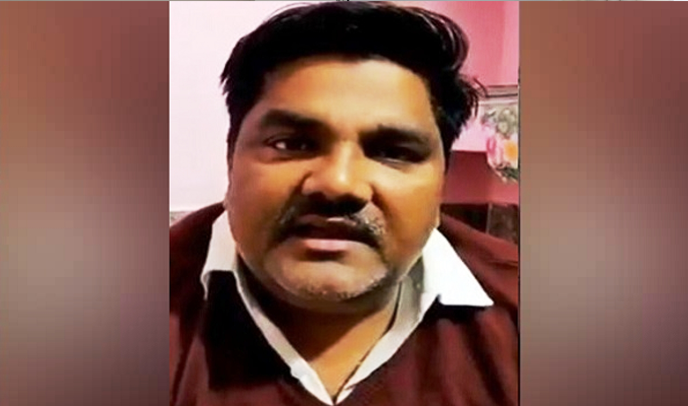 Protests against the Citizenship (Amendment) Act, 2019 took a violent turn in Delhi on February 24 and 25. The violence centred in the Indian capital’s northeastern region left 53 dead; over 500 were reported injured.

A section of the international media was quick to swoop down, using the violence to float the narrative that Muslims had been killed as part of a state-sponsored campaign or anti-Muslim pogrom carried out by Hindu nationalists and right-wing groups owing allegiance to the ruling party at the centre.

The fact that the violence took place during US President Donald Trump’s India visit did not appear to be a coincidence even at that time. Investigations by Delhi Police have now shown that the violence was, indeed, pre-planned.

The findings of the investigations into the acts of the violence that have now been submitted in court completely demolish the argument put forth by several international media outlets.

A charge sheet filed in a Delhi court on Tuesday says that a politician, former Aam Aadmi Party (AAP) corporator Tahir Hussain, was the mastermind of the Delhi violence.During the course of the investigation, the police also found several suspicious transactions into the account of two companies that he owns.

By no stretch of imagination can this former corporator, who has since been expelled by the Aam Aadmi Party that is in power in the national capital of Delhi, be described as being either a Hindu nationalist or part of right-wing groups which have been held guilty of the violence by these media outlets.

According to the charge sheet filed against him, Hussain in his interrogation admitted his involvement in the riot and also admitted that he was present at the terrace of his house at the time of incident, says a report by News 18.

Quoting the charge sheet, the News 18 report goes on to say that Tahir disclosed that from the account of his two companies, he transferred around Rs1.10 crore to fake firms in the second week of January. He got the amount in cash through a chain of transactions and then started the preparation and distributed cash to anti-CAA protestors.

The police charge sheet also points out that Hussain had his pistol released from Khajuri Khas police station just before the riots started on February 22. He purchased 100 cartridges on his license but only 64 live cartridges and 22 empty cartridges were recovered. During interrogation, he was unable to give satisfactory reply for the remaining 14 live cartridges and use of 22 empty shells, mentioned the investigating officer in the chargesheet, says the News 18 report.

The charge sheet clearly mentions two key factors. First, planning for what was to unfold in Delhi in February had started over a month earlier. Secondly, investigations have revealed a clear money trail when it comes to how the “protests” were funded.

The events and acts mentioned in the charge sheet virtually destroy the false narrative that was so assiduously built by sections of the international media.

Let us look at what some publications wrote in the aftermath of the Delhi violence.

The New York Times, in an article published on April 12 with the headline ‘In India, Coronavirus Fans Religious Hatred’, had said that India’s Muslim leaders were afraid.

“They see the intensifying attacks against Muslims and remember what happened in February, when Hindu mobs rampaged in a working-class neighborhood in Delhi, killing dozens, and the police mostly stood aside — or sometimes even helped the Hindu mobs,” the article had said, referring to the Delhi violence.

Exactly a month earlier, on March 12, the same publication had published another article, with the headline, ‘If We Kill You, Nothing Will Happen’: How Delhi’s Police Turned Against Muslims.

“Now, more evidence is emerging that the Delhi police, who are under the direct command of Mr. Modi’s government and have very few Muslim officers, concertedly moved against Muslims and at times actively helped the Hindu mobs that rampaged in New Delhi in late February, burning down Muslim homes and targeting Muslim families,” argued the article.

The article also maintained that “Muslim leaders see the violence as a state-sanctioned campaign to teach them a lesson”.

The New York Times was not alone.

On February 27, the US-based media outlet New Yorker said: “Since Sunday, mobs had been destroying the shops and homes of Muslims, vandalizing mosques, and assaulting Muslims on the streets. In their chants of “Jai Shri Ram,” praising a Hindu deity, their loyalties were clear. The attackers were Hindu nationalists, part of a right wing that has been empowered by Prime Minister Narendra Modi’s government; many of them were even members of his party. The Delhi police, who are supervised by Modi’s home minister, seemed to side with the mobs”

Publications like InsideArabia too propagated a similarly misleading narrative. “With economic growth at its slowest pace in decades, the country’s international reputation is in tatters after the world bore witness to what can only be described as an anti-Muslim pogrom in the streets of New Delhi a couple of weeks ago,” it said in an article on March 16.

One wonders if these publications would want to revisit the sequence of events - that have unfolded during extensive and meticulous investigations by the police - leading up to the Delhi violence which they had so emphatically dubbed variously as a state-sanctioned campaign against India’s Muslims and an anti-Muslim pogrom.

In detailed statements in Parliament on March 11 and 12, Union Home Minister Amit Shah had cited initial investigations by the Delhi Police to drive home the point that the Delhi violence was the result of a “well-planned conspiracy”. Within days of the violence, investigators were already looking at some hawala transactions that appeared to have been meant to fund those who were behind the violence.

Delhi Police had registered a case of conspiracy and set up Special Investigation Teams (SITs) to investigate the violence. Nearly 700 First Information Reports (FIRs) had been registered by the police in connection with the violence.