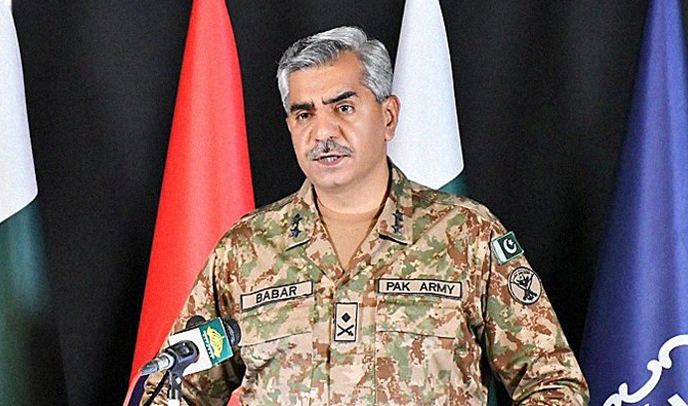 Pakistan is upset as it is increasingly losing its grip over Kashmir with the international community hardly coming out in its support over the issue.

Pakistan has lost its moral weight to be called a country in the comity of nations. Forget about the West or the United States of America (USA), even Muslim countries don’t take it seriously because, for them, this country is more a liability than an asset. Its mouth was shut by Maldives, the UAE and other countries when at the recent virtual meet of the envoys from the Organisation of Islamic Countries (OIC), it tried to target India on Islamophobia.

After failing to garner any support from its so-called friends on Kashmir, Pakistan is now onto another trick. Almost on a daily basis, Pakistani Prime Minister Imran Khan or a senior defence official comes before a television camera to say that India could launch a false flag operation against it.

Similar theatrics were performed inside Pakistan television Geo TV’s studio on Wednesday when Director General of Inter-Services Public Relations Babar Iftikhar threatened India that any aggression from it would be responded with full might. He also said that military adventurism by India will be met with uncontrollable and unintended consequences.

By raising the bogey of imaginary Indian aggression, Pakistan has two clear strategies before it: First, prevent India from mainstreaming Jammu and Kashmir, second, keep it away from targeting terrorist launch pads, which have reemerged in Pakistan- occupied Kashmir after a brief lull, or say after the September 2016 surgical strikes in Bhimber, Hotspring, Kel and Lipa sectors across the Line of Control.

After the February 2019 air strikes in Balakot in Pakistan, a perception was building among Indian strategists that terrorists would not set up their launch pads in PoK for its being very close to India’s de facto border.

But this reading of the situation lost its merit in the background of the fact that since August 2019, when the contentious Article 370 in Jammu and Kashmir was scrapped, India witnessed a surge in infiltration from across the border. Of the 64 terrorists killed along the Line of Control (LoC) so far this year, as many as 28 terrorists were killed in April alone. Intelligence agencies and security experts attribute the rise in terrorism in the Valley to resumption of phone network and the internet in Kashmir.

In the face of such challenges, Indian security forces are able to successfully undo Pakistan’s nefarious design against the country’s interests. On the other hand, due to consistent efforts of the government, common residents of the Union Territory, who were earlier denied any chance to enjoy welfare schemes, are now taking benefits of ‘Ayushman Bharat’ and other central government sponsored schemes.

Not only that, even the UT employees are happy as they are getting salary and perks on par with central government employees, thereby, bringing a new confidence and colour in the life of people in the region. Pakistani leaders feel threatened by such positive measures of India in Kashmir. They got further upset as India, under its ‘Vande Bharat Mission’ has safely managed to evacuate people of Jammu and Kashmir stranded in different parts of the world. Recently, a doctor from the Kashmir Valley, who went to meet her sister-in-law in Toronto in Canada and got stuck there due to the Covid-19 pandemic, thanked the Indian government for arranging repatriation flight. A feeling of Indianans has begun to grow with strength among the residents of the Valley.

This is what Pakistan doesn’t want to happen. The more the Kashmiris feel frustrated, depressed and alienated, the better it is for the Pakistani establishment in fomenting anti-India sentiments among the people of the region. But thanks to the patience of Indian administrators and security forces, they are not allowing anything that could help the enemy act against the country’s interests.

In their aim to rid the Valley of terrorism, security forces have not only successfully neutralized all terrorists, including top guns like Riyaz Naikoo, the Hizbul Mujahideen commander who had never been caught before, they have also stopped handing over killed terrorists’ body to their kin.

This has significantly helped security forces in demoralizing elements who were using crowds during funerals to fuel sentiments against India. Perturbed by such moves of India, Pakistan has no option but to raise false, fabricated and baseless alarm on possible armed attack against it.

Yet, despite the provocation, India with its world view guided by ‘Vasudhaiva Kutumbakam’ philosophy, is against harming Pakistan. It is determined to kill terrorists and severely punish their backers for the good of the people of Kashmir and India. Therefore, no amount of the Pakistani ISPR’s anti-India rants and threats will allow Indian decision makers to think twice in their move to do away with elements dangerous to the country’s unity and integrity.