Did China plan Ladakh strategy to prevent India from getting too close to the US? 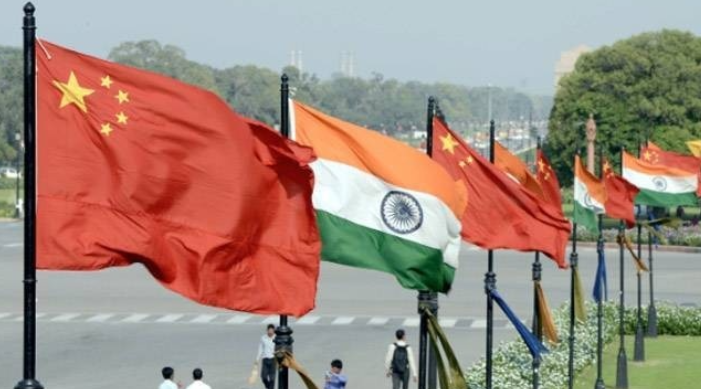 Just when Indian and Chinese military commanders are meeting in Moldo, a Chinese territory opposite Chushul in Ladakh to resolve their tension over yet to be demarcated border, Chinese government’s mouthpiece, Global Times, has published an editorial, showing Beijing’s anger against India for its growing closeness with the US.

“The US has long begun to strategically suppress China and support India, and has implemented an Indo-Pacific Strategy in recent years. India has gradually formed an illusion of strategic superiority towards China. Some in India feel China may make concessions on the border issue, believing China is afraid of falling foul of India and India can win more interests by nibbling up the border,” Global Times said in its editorial, ‘India should not be instigated by US.’

There is a method to such write up where in it is clearly showed that China wants India to follow its sage advice and keep off from the US and the West which are highly upset with Beijing for suppressing facts on contagious Covid-19 disease. Besides, rising death tolls due to the pandemic has fuelled so much anger against China that the US, Japan, South Korea and numerous European countries have called for shifting their units from China. India, Vietnam, Indonesia and The Philippines have shown keen interests in luring these units to their countries.

According to Union Minister for Commerce and Industry, Piyush Goyal, as many as 600 companies belonging to the US, Japan, South Korea, Taiwan, Germany and other countries are in touch with Indian officials for making India a base of their business operation. Experts say apart from on-going trade war between the US and China, growing antipathy towards China in the world in the aftermath of the pandemic are key reasons why several companies are thinking of relocating their units to countries other than China.

They also attribute sudden emergence of tension between Indian and Chinese military personnel on Eastern Ladakh and Sikkim border to Beijing’s well thought out plan to keep those countries, which are going to be potential sources of attraction for fleeing companies, under pressure by engaging in border disputes. A few days ago, a Chinese PLA ship rammed a Vietnamese fishing vessel in the South China Sea and sank it, Indonesia has rebuffed China’s claim over the South China Sea, saying it is threatened by Beijing’s nine-dash line, a demarcation China uses to claim the water body. Then this sudden flashing of aggression by the Chinese PLA against India on the border.

In the aftermath of this development, the US’s outgoing head of the South and Central Asia Bureau, Alice G Wells had described Beijing’s aggression as “not always rhetorical” and had accused it of continuing with its “provocative and disturbing behaviour.” Several American senators too spoke against China following its military’s aggressive posturing against India on the eastern front. Amidst this development, US President Donald Trump invited India, Russia, South Korea and Australia to join the G-7 meet, expected to be held in the US in September. This was seen by China, the world’s second major economic power, as a US game plan to drive a wedge between countries.

“India should not be fooled by the US. Washington is keen on placing a wedge between countries and drawing countries to its own side. But this serves the US’ strategic pressure on China, instead of other countries’ geopolitical interests,” the Chinese mouthpiece said.

It further added: “Washington looks forward to the China-India dispute in order to gain from it. The US supports India every time China and India have conflicts to encourage New Delhi's confrontation against Beijing and to hype new border disputes.”

Needless to say China wants to have a cake and eat it too while dealing with the contentious border issue with India. But the East Asian country should know that India follows an independent foreign policy.

Despite sharing a deep strategic relationship with the US and cooperation on several bilateral fronts with it witnessing a significant jump in the recent past, India has never anchored the ship of existence on the US’ shore. China should also realize that mutual understanding and trust are key factors of deepening a relationship with a country and not coercion, threat and military aggression.