Devoid of any right, PoK residents writhe in pain under Pakistani Army’s boot 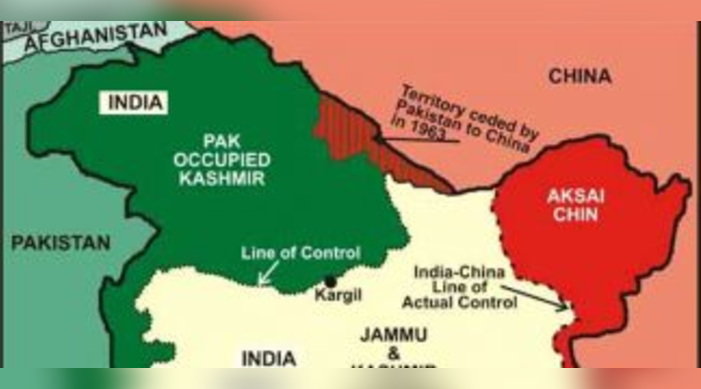 On June 8, there was a small news item tucked away in a corner of Khabrain, a Pakistani Urdu daily, maintaining that a petition has been filed in the Mirpur High Court by journalist and former secretary of Mirpur Press Club Zaffar Mughal against the government of Pakistan occupied Kashmir for its failure to set up an Information Tribunal/Commission and appointment of information officers in government and public sector undertakings under the right to information act of the Pakistan constitution.

The petitioner further said that in the absence of such institutions in the PoK, access to basic information on any issue has become difficult for journalists, lawyers and common people in the region. This explains the situation present in those parts of Kashmir which are under forceful occupation of Pakistan.

Even as democracy thrives in India’s Jammu and Kashmir with a system in place to provide people opportunities for their overall development, sharply opposite is the situation in Pakistan-occupied Kashmir where literacy rate is just around 49 percent, while the whole region is ridden with over 34 percent poverty.

While the Union Territory of Jammu and Kashmir is well connected with four airports, several universities, medical and engineering colleges and railway infrastructure in place, the PoK is still not connected with the rest of Pakistan. Yet, the PoK is described as Azad Kashmir by the Pakistan government. In the past seven decades, the word ‘Azad’ has failed to live up to its real meaning for the people.

They have been asking for empowering their region with administrative and legislative power to have control over major subjects, including land, mining, tax collection, natural resources and tourism, but political elites of Islamabad continue to ignore their requests.

Though following the 13th amendment of the 1974 AJK Interim Constitution in 2018, some powers have been vested with the local bodies of the region, but overall they are residual in nature. The federal government in Islamabad doesn’t want to empower the region to decide its fate on issues which are aligned with locals’ social, political and economic advancement. Instead, they are witnessing plunder of their resources by the tango of Pakistan and China. Under the multi-billion dollar CPEC initiative, China plans to set up a 1,124-megawatt power project in the PoK- and all this, despite India’s objection.

This apart, human rights violations are galore in the region. If several media reports are to be believed, the PoK is today occupied by Punjabi speaking Sunni Muslims while local indigenous Shia’s population has significantly reduced in the region. For this, human rights watchers blame the Pakistan government’s policy to settle Punjabi-speaking people in the region since 1988.

There are no non-Muslims in the PoK today. In 1947, they numbered in lakh, today, they are scattered across India and the world. In 2018, the UN report on Human rights situation in the PoK castigated Pakistan for uncontrolled violation of human rights in the region. The report said people in ‘Azad Kashmir’ and ‘Gilgit-Baltistan’ which are in the control of Pakistan “do not enjoy” all the rights and protections available under the Pakistan Constitution.

The report cited the case of Pakistan’s Anti-Terrorism Act, 1997. It said the law was specifically used in Gilgit-Baltistan to target locals who are raising issues related to “rights of people.” Youth particularly bear the rampant misuse of Anti-Terrorism Act as there are no procedural safe guards in the court proceedings.

Presence of widespread wretchedness in Gilgit-Baltistan

However, it is people residing in Northern areas of Gilgit-Baltistan who are facing the brunt of the Pakistan government’s apathy. Denied with basic human rights, including right to equality before law, right to reside and move freely, right to vote, right to be administered by their chosen representatives, right to assemble peacefully, people of the area, which was created in 1949 by hiving off parts of the PoK, are leading a subjugated life.

They have no right to freedom of speech and expression, right to habeas corpus and against illegal detention, right to acquire and dispose of property. Nor have they any right to get access to an appellate court of justice for the enforcement of all other rights guaranteed under Pakistan’s constitution.

Absence of any media in Gilgit-Baltistan makes chances of ventilating out anger by the public against the political establishment in Islamabad more difficult. During the 43rd session of the United Nations Human Rights Council (UNHRC) in Geneva on March 6, political activists from Gilgit-Baltistan and the PoK raised the deteriorating human rights situation in the region. “The people of Pakistan-occupied Gilgit-Baltistan continue to face torture, sedition and terrorism charges and life-imprisonment for opposing onslaught on their resources and cultural identity. Locals are losing the battle against some of the worst demographic engineering due to the China-Pakistan Economic Corridor that encourages illegal settlement of Pakistanis and Chinese,” president of Gilgit-Baltistan Studies Senge H Sering told the UNHRC.

Amidst this development, residents of the region have not forgotten Pakistan’s abominable act to cede the Shaksgam Valley to China under the 1963 Islamabad and Beijing boundary agreement. It was this agreement which had laid the foundation for Karakoram highway which was built jointly by the Chinese and Pakistani engineers in the 1970s. They say Chinese incursion into the region ended whatever cultural and ethnic identities they had.

Despite all this, Islamabad continues to keep mum on the issue of human rights violations in PoK and Gilgit-Baltistan.