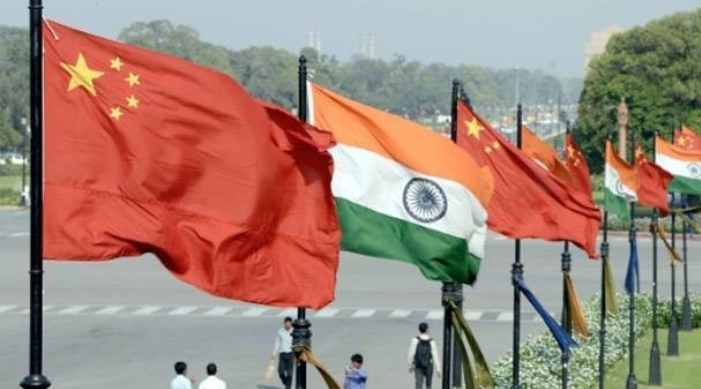 By using crude and offensive language in his tweet, the Pakistan-based Chinese diplomat has given clear hints of his country’s agenda in the South Asian region

As commanders of the Indian and Chinese armies held another round of talks since Wednesday to resolve tension on the eastern Ladakh sector, Pakistan-based Chinese Embassy’s press officer Wang Xianfeng on June 11 wrote a very unlikely tweet which reflected Beijing’s intention to keep the border tension with India growing to show its dominance in the South Asian region.

“India's actions of unilaterally changing the status quo of Kashmir and continuing to exacerbate regional tensions have posed a challenge to the sovereignty of China and Pakistan and made the India-Pakistan relations and China-India relations more complex,” Wang Xianfeng tweeted, indicating categorically that Beijing is not keen to resolve tensions with India.

Mark the language of the tweet; it is crude and offensive and shows unabashed assertiveness, which could not have been possible without permission from the top leadership of the Chinese government.

It gives an impression that China is rattled by India’s scrapping of Article 370 which gave special status to Jammu and Kashmir. Since the annulment of this controversial provision of the Constitution last year, India has maximised its efforts to bring a new political and economic dawn in the Union Territory (UT).

Already, 37 central laws have been made applicable to Jammu and Kashmir and then, a new domicile law has been introduced two months back in the region. This law is, in particular, revolutionary in nature as anyone who has resided for 15 years in the UT of Jammu and Kashmir or studied for a period of seven years and appeared in class 10/12 examinations in educational institutions located in the UT will be eligible to become permanent resident of the region.

Similarly, Ladakh has been hived off from Jammu and Kashmir and it has been given a Union Territory status. Besides, the new Indian map shows the entire PoK region, Gilgit-Baltistan and Aksai Chin as part of India.

This has unnerved Pakistan and China as well. Instead of genuinely looking at India’s territorial claims on these areas, China, in its typical might-is-right style, lays claims on areas around Ladakh and has termed India’s announcement as an infringement on its sovereign claims in Ladakh, which is currently the epicenter of border tension between the two countries.

This apart, China is intimidated by the growing international image of India, which rather got further enhanced during the Covid-19 time. India supplied hydroxychloroquine (HCQ), paracetamol and other medical supplies to 154 countries, while Rapid Response Teams were sent to Sri Lanka, Maldives and some Gulf and African countries.

During the just concluded virtual summit between India and Australia, the two countries not only signed seven agreements, including logistics support for their militaries, but also decided to upgrade their key dialogues on defence and foreign from official level to ministerial level. This seems to have made Chinese policy makers squirm in acute discomfort.

“It is worth noting that the global geopolitical situation has become more complex as China-US relations are on the brink of a new Cold War and Australia and India have just formed a comprehensive strategic partnership,” The Global Times, China’s lone English tabloid daily, said in an article published recently.

It also said, “India faces increased geopolitical pressure and temptation. India has long adhered to the non-alignment partnership in its foreign policy. It remains to be seen whether India will continue to maintain its diplomatic independence or lean towards the US-led allies amid the changeable geopolitical environment,” The Global Times said. It is the second time in a week that the Chinese government mouthpiece has let out a sense of feeling that it is concerned about growing Indo-US proximity.

“The US has long begun to strategically suppress China and support India, and has implemented an Indo-Pacific Strategy in recent years. India has gradually formed an illusion of strategic superiority towards China. Some in India feel China may make concessions on the border issue, believing China is afraid of falling foul of India and India can win more interests by nibbling up the border,” Global Times said in its editorial published last week.

Nonetheless, the world is keenly watching developments in eastern Ladakh where there is a massive buildup of armies by both the sides along with artillery, aircraft, Unmanned Aerial Vehicles (UAVs), radars, jammers, armored vehicles and tanks in their entrenched areas on LAC from Ladakh to Arunachal Pradesh.

On Friday, Defence Minister Rajnath Singh held a top-level meeting with Chief of Defence Staff General Bipin Rawat and chiefs of army, air force and navy and reviewed the situation on the ground. It was the second meeting of the Defence Minister with the Chief of Defence Staff and the three service chiefs, reflecting clearly that India is prepared for any challenges.