Did India stamp on Chinese BRI game plan by building all-weather roads up to DBO? 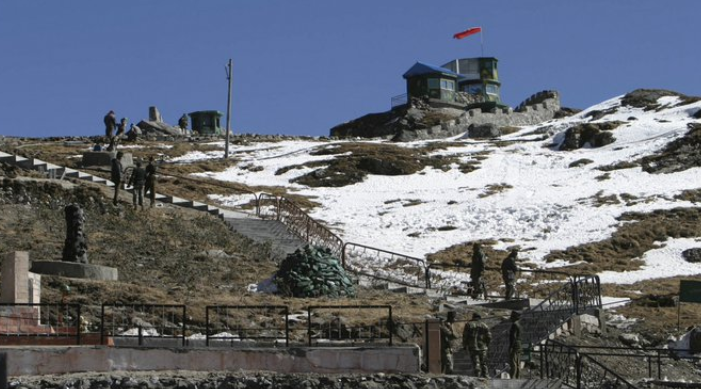 India has once again rejected China's claim over the Galwan Valley

Upping the ante, China has made a fresh claim over the Galwan Valley in sharp opposition to India’s historical position in eastern Ladakh, indicating clearly that Beijing wants to follow the might-is-right policy.

At midnight on June 19, the Chinese Embassy in Delhi released a press note issued by China’s Foreign Ministry, where in its spokesperson Zhao Lijian claimed that the Galwan Valley is located on the Chinese side of the Line of Actual Control (LAC) in the west section of China-India boundary. He also said that for many years, the Chinese border troops have been patrolling and been on duty in this region.

The Chinese Foreign Ministry spokesperson further said that since April this year, the Indian border troops have unilaterally and continuously built roads, bridges and other facilities at the LAC in the Galwan Valley.

There is a Chinese proverb which says concealing the truth is like wearing embroidered clothes and traveling by night. Experts say China believes by repeatedly calling even a false thing right, the people will one day start believing that what it says is right. But India is determined to separate the grain from the chaff.

It has once again rubbished China’s claim over the Galwan Valley by terming it as “exaggerated and untenable.” Rather, it has hardened its claim over the Valley located at a height of 14,000 feet on the basis of historical facts. Also, maps issued by China in the 1950s, accept this truth.

“The position with regard to the Galwan Valley area has been historically clear. Attempts by the Chinese side to advance exaggerated and untenable claims with regard to Line of Actual Control (LAC) there are not acceptable. They are not in accordance with China’s own position in the past,” External Affairs Ministry spokesperson Anurag Srivastatava said.

Manoj Joshi, a distinguished fellow at Observer Research Foundation (ORF), maintains, “At no point in the past has China laid claim to the entire Galwan Valley, a sliver of flat land abutted by steep gorges through which the Galwan River flows and enter the Shyok River.

In his article published by the think tank’s portal, the ace strategic and security expert says, China’s maps “in the 1950s often showed Chang Chenmo Valley within India. In 1959, Zhou Enlai, (the then Chinese Premier), confirmed that a map published in 1956 was the correct alignment. This map showed the Galwan and Chip Chap river valleys to be part of India.”

But China goes on revising its strategy and updating its map. It doesn’t consider the Galwan-Shyok river confluence, which has never been shown previously as part of the Chinese territory in the country’s map, as those belonging to India.

However, push came to shove when India built the 255-km long strategic Darbuk-Shyok-Daulat Beg Oldie road (DSDBO), giving Indian troops an access to the section of the Tibet-Xinjiang highway that passes through Aksai Chin. The road runs almost parallel to the LAC at Aksai Chin, the eastern fringe of Ladakh which was occupied by China in 1950.

Meandering through nearly 14,000-feet steep terrain, the highly important strategic road connects Leh to DBO, the world’s highest airstrip which was originally built during the 1962 War but was abandoned until 2008, when the IAF revived it.

Seven years ago the IAF created history by landing one of its newly acquired C-130J-30 transport aircraft at DBO. Thereby, doing away with the requirement of sending helicopters to paradrop supplies to armed forces deployed along the LAC.

All these build-ups are within the Indian side of the LAC, including a road bridge that connects Durbuk to Daulat Beg Oldie in eastern Ladakh.

Upset with such developments, China has accused India of unilaterally and continuously building roads, bridges and other facilities on the LAC in the Galwan Valley.

“Indian troops are fully familiar with the alignment of the LAC in all sectors of the India-China border areas, including in the Galwan Valley. They abide by it scrupulously here, as they do elsewhere. The Indian side has never undertaken any actions across the LAC. In fact, they have been patrolling this area for a long time without any incident. All infrastructure built by the Indian side is naturally on its own side of the LAC,” he said.

Clearly, India is unwilling to lower its guard vis-à-vis China, the East Asian country which takes Delhi as a hindrance in the way of its soaring ambition to become a global power.

China fears that its Belt and Road Initiative (BRI), which includes the $60 billion China-Pakistan Economic Corridor that passes through Pakistan occupied Kashmir, is likely to suffer a geo-political hemorrhage in the wake of Delhi scrapping the contentious Article 370.

Subsequently, Jammu and Kashmir was bifurcated into two union territories—Jammu and Kashmir and Ladakh. Even as the dust on Kashmir had not settled, New Delhi made a splash in the environmental area of the region. It has started presenting weather reports of even PoK and Gilgit-Baltistan, thereby causing heartburn to Pakistanis and Chinese as well.

“India's actions of unilaterally changing the status quo of Kashmir and continuing to exacerbate regional tensions have posed a challenge to the sovereignty of China and Pakistan and made the India-Pakistan relations and China-India relations more complex,” Wang Xianfeng tweeted.

Security experts feel such statements confirm that India made the right decision by developing all-weather strategic roads in eastern Ladakh and bringing a change in its roadmap towards Jammu and Kashmir. While such a strategy, they feel, impinges on China’s BRI corridor, India’s consistent efforts to deepen strategic partnership with the US, Japan, Australia, have hit China’s political leadership’s global ambition. By undertaking its move towards the Galwan Valley, China wants to deter India and destabilise its peaceful rise as a powerful country of the world, but Delhi is rock solid in its plan and vision.