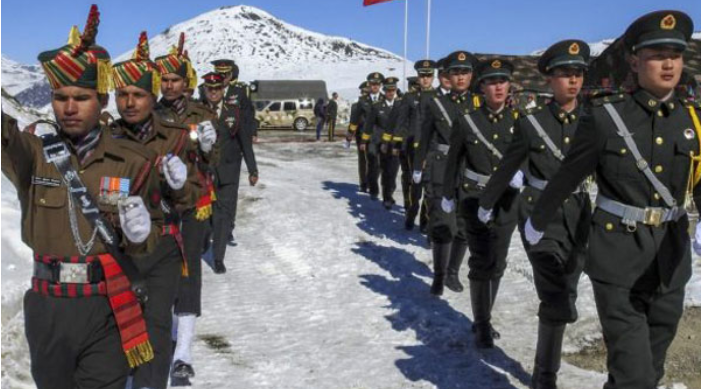 Did PLA General Zhao Zongqi authorize his soldiers to attack Indian troops in the Galwan Valley on June 15 night that resulted in the casualties on both sides? As the head of the PLA’s Western Theatre Command, General Zhao is said to have overseen earlier standoffs with India too.

He has been at the forefront of sharp criticism against India and the US. Himself a war veteran, he played a key role in the deadly attack on unarmed Indian soldiers to teach ‘India a lesson.’

According to International Business Times, before the June 15 attack that led to killing of 20 Indian and 35 Chinese soldiers, both Indian and PLA soldiers were building up troops on the Line of Actual Control in eastern Ladakh and Aksai Chin.

The US news portal says, satellite imagery captured by Hawkeye 360, a private geo-intelligence firm, showed a military buildup of the Chinese side in the Ladakh region in May. Yet China accused India of building infrastructure such as roads in areas Beijing claims as its own.

Quoting a source, considered to be familiar with the assessment of the June 15 incident by the US intelligence, the US news portal has given step by step information of what went wrong with the deadly clashes in the Galwan Valley.

It says on the ill-fated day, a senior Indian rank army officer along with two non-commissioned officers travelled unarmed to a meeting place where they expected to be greeted by a comparable delegation of Chinese soldiers.

Instead, dozens of Chinese troops were waiting with spiked bats and clubs and began an attack. Other Indian troops came to support, leading to a melee that caused more casualties from rocks, improvised weapons and falls from the steep terrain.

The news portal maintains that if there was any plan to teach India a lesson, then it backfired as now any attempt to develop closer ties with New Delhi has gone to the wind. Instead, the incident has pushed India towards the US, China’s main global adversary.