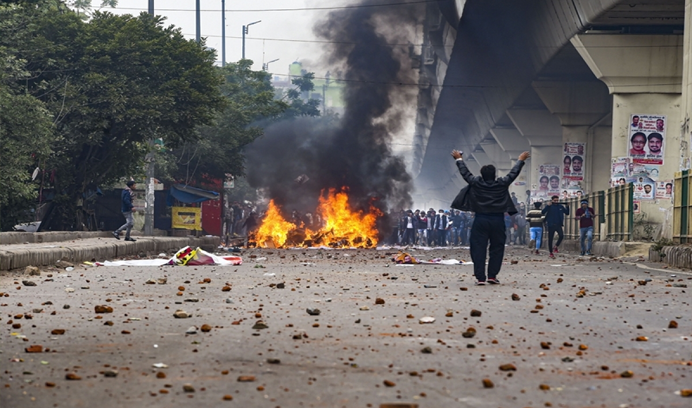 The article tries to make out a case for US action against India but falters when it comes to backing up its claims with facts.

‘Modi's India should be on the US's religious freedom blacklist’, says the headline of a recent article published by aljazeera.com. The article, published on June 24, attempts to make a case for India to be designated as a Country of Particular Concern (CPC) by the United States for violating religious freedom.
It draws heavily from the latest report of the US Commission on International Religious Freedom (USCIRF) in addition to citing the 2019 International Religious Freedom Report report released by the US government earlier this month.

We look at the charges made in support of this contention and explain with facts why they are misleading or, worse, wrong.

In December, the Modi government passed the CAA, which excludes Muslims from a path to citizenship for religious minorities from its neighbours.

The objective of the Citizenship (Amendment) Act, or CAA, is crystal clear. It is meant to provide Indian citizenship to persecuted minorities from Pakistan, Afghanistan, and Bangladesh. It covers Hindus, Sikhs, Jains, Buddhists, Parsis and Christians facing persecution due to their religion in these three countries.

Persecution against religious minorities in Pakistan is well-known and documented.

Multiple global organisations as well as governments have talked about serious violations of religious freedom in the country, including the enforcement of blasphemy laws.

The forced conversion of Hindus, Sikhs, and Christians to Islam continues unabated with regular reports of young women from these communities being abducted and converted before being married to Muslim men.

A 2018 report of the US State Department had said that only 700 Hindu and Sikh families were left in Afghanistan.

Bangladesh, which made Islam its official state religion in 1988, too has had its fair share of incidents against members of the minority communities over the past several years. The population of Hindus in Bangladesh, created in 1971, has declined steadily from 18.5% in 1961 to 8.4% in 2011.

The Muslims do not face persecution due to their religion in these three countries; members of other religions do. It is in this backdrop that the CAA has to be seen.

Many believe that the government will combine the CAA with the National Register for Citizens (NRC), a headcount that will seek from India's 1.3 billion people proof-of-citizenship documents going back generations, to target India's 200 million Muslims.

The Indian government has categorically stated on numerous occasions that no decision has been taken on a National Register for Citizens (NRC).

Prime Minister Narendra Modi reinforced this while addressing a public meeting in Delhi on December 22, 2019. The NRC had not been discussed even once within the government, he asserted.

The NRC process that was undertaken in Assam was in accordance with the Supreme Court’s directions; it was mandated by the Assam Accord.

Further, there is no connection between the NRC - on which, as has already pointed out, a decision is yet to be taken - and the National Population Register (NPR), which is a simple list of people who are ‘usual residents’ of the country. The NPR was last updated in 2010 and was scheduled for another update in 2020.

Even on the NPR, Union Home Minister Amit Shah made a categorical statement in the Rajya Sabha, India’s Upper House of Parliament, on March 12. No document will be demanded during the NPR exercise and nobody will be classified as doubtful on citizenship grounds, on the basis of NPR, he said.

In February, several leaders and prominent supporters of Modi's Bharatiya Janata Party (BJP) incited violence against anti-CAA protesters in New Delhi. More than 50 people died in the resulting pogrom. The USCIRF blamed Delhi Police for "failing to halt attacks and even directly participating" in the violence.

The Delhi violence on February 24 and 25 was the result of a “well-planned conspiracy”, extensive investigations by the Delhi Police have shown.

This included hawala (illegal money transfer) transactions in the run-up to the violence; creation of social media accounts to spread misinformation about CAA and fan fear and hatred; and the entry into Delhi of a large number of people from neighbouring Uttar Pradesh.

Multiple charge sheets filed in courts by Delhi Police have accused a group of individuals - including former municipal councillor Tahir Hussain - and several organisations of being involved in the violence.

The charge that Delhi Police failed to stop the attacks is incorrect. The violence was contained within a period of 36 hours. The first instance of violence took place at 2 pm on February 24 and spread rapidly due to the high density of population in the area. No incident, however, was reported after 11 pm February 25.

It was prompt action by the Delhi Police that prevented the violence from spreading to other parts of India’s capital city.

The charge of Delhi Police directly participating in the violence is equally wrong. An officer of the Delhi Police lost his life and several others were injured while trying to stop the violence.