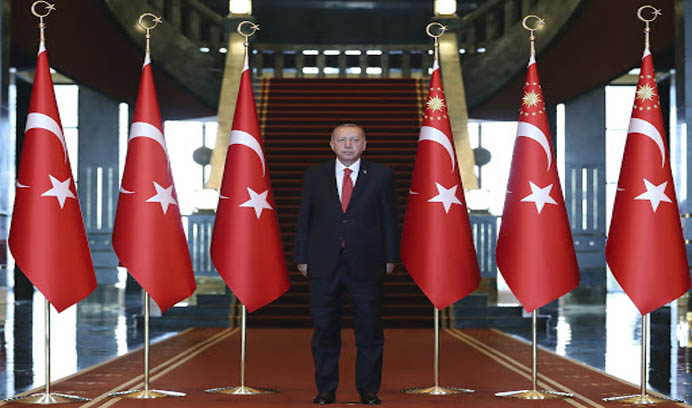 Zee News has reported that Turkish President Recep Tayyip Erdogan has allocated huge funds to trouble India by manipulating the Indian Muslims through preachers recruited from the surrendered ISIS cadres.

Citing an Indian security report, it says that Erdogan has been sponsoring activities of ISIS and their counterparts and associates in Syria, in a way similar to what Pakistan is doing with IS-KP in Afghanistan.

The report further states that it is also a matter of concern for the Indian security officials, that Erdogan may find a partner in Pakistan to bring down the Saudi leadership over Islamic nations.

Zee News points out that the recent open threat by Pakistan Foreign Minister Shah Mehmood Qureshi is a result of Turkey’s manipulation and financial help to Pakistan. While Saudi Arabia is on good terms with India, Turkey may further create a disturbance in India as a move against the Saudis, showing support to Pakistan, the report suggests.

An official was quoted telling Zee News that Erdogan has been using the key of terrorism and the religious institutions to radicalize and build the desired group of militants, to gain power over the Muslim Ummah.

The Turkish Directorate of Religious Affairs, Dinayet, is Erdogan’s weapon to reach the goal of becoming the new Caliph of the Islamic World. Here, the matter of concern for the Indian security officials, according to the Zee News report, is that Dinayet has had its influences in India through its activities. Erdogan could thus use this to cause trouble to India.

The liberal Imams of Turkey, who were not convinced with the ideologies preached by Dinayet were eliminated from the body recently. So, the present Imams of Turkey have become Erdogan oriented, the report points out.

Other than this, the Erdogan regime announced formation of a new Religious Services Directorate in August, with its staff being given a military rank. So, other than delivering the religious commands from the army to people, they may be offered other duties of the army also.

The report quotes experts saying that the formation of the new directorate may serve three purposes for Erdogan. Firstly, Erdogan will have supreme control over the higher authorities of the army. Secondly, this will create job opportunities for his followers of Erdogan, and finally to transform the Turkish government from a secular democracy to a religious one.