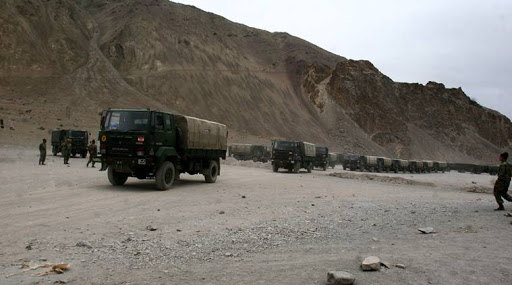 China’s latest transgression attempt near the southern bank of Pangong Lake was a deliberate move to provoke the Indian Army, said an American Intelligent Assessment.

The assessment as quoted by a report in The Times of India said that Beijing is infuriated with its local commander withdrawing forces when a physical conflict appeared forthcoming.

The US said that Indian forces were prepared to face the Chinese provocation after the Galwan Valley standoff.

The assessment did not conclude whether the Chinese forces were first to act provocatively in this case. However, the US has sided with India keeping in mind China’s past provocative behavior.

"We are staggered at the timing of the Chinese actions but should not complain either if Beijing shoots itself in the foot,” the assessment was quoted in the report.

The US intelligence assessment stated that the Chinese troops this time were building encampments in contested space, a tactic adopted by both sides to gain a foothold that can later be expanded into infrastructure to support broader operations as per the report.

The Times of India report quoted the US Defense Department as saying that China has prioritized military spending over the last decade to focus on increasing its capabilities to be operated in disputed regions along its borders.

Both sides have had several sessions of dialogue without a positive outcome. Recently, Chinese foreign minister Wang Yi embarked on a five-nation visit in Europe to ease tensions, particularly the growing skepticism of using Chinese telecom major Huawei to help build 5G networks.