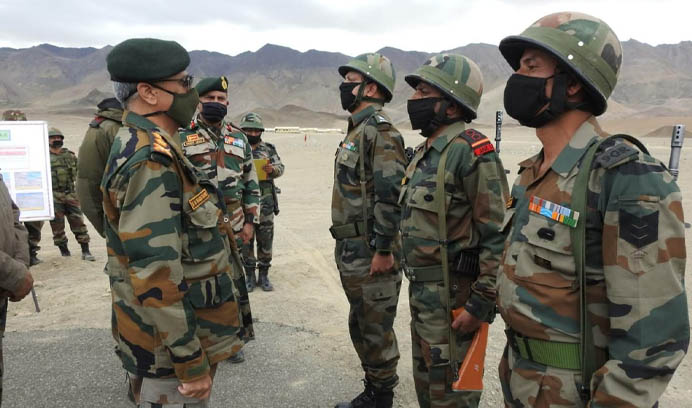 With a defence budget which is thrice of what India spends, China looks humongous on paper flaunting its greater dominance in the Southeast Asian Region. But when it comes to real warfare in the Himalayas, India is the one which has time and again proved its dominance in one of the world’s biggest mountain ranges and coldest war fronts. Many experts believe that India holds an edge over China in winning a war in the Himalayas.

The latest example of the same is the clash between Indian and Chinese troops in the last week of August where China tried to alter the status quo once again but was sent back by the Special Frontier Force (SFF) who guarded Pangong Tso from falling into the clutches of China.

Unfortunately, Commando Nyima Tenzin of SFF’s Vikas Regiment was martyred in a landmine blast during the clash.

The lesser known special military force, the SFF, which was raised in 1962 after the war against China, suddenly came into light after the incident leaving people talking about its glorious service to the nation.

This paramilitary unit of the military consists mainly of Tibetan refugees and Gorkhas and has always proved its mettle even during the 1971 war against Pakistan to free Bangladesh.

In fact, India has always been dominant in the Himalayan region. As the situation continues to be tense at the Line of Actual Control (LAC), experts from India and abroad are now weighing both countries against each other. They are citing a report by Harvard Kennedy School’s Belfer Center for Science and International Affairs published by USA Defense News which puts India above China in its analysis.

The report published in June this year is now doing rounds on social media.

U.S. Defense News says “India is stronger than China mountain warfare and capable of winning a war in the Himalayas.”https://t.co/1MWsbNU6Z5

A retired colonel from the United States Army on his Twitter handle writes, “China, don't mess with India. You will lose. Jai Hind.” Below the tweet, one can see the report attached to it.

The report titled ‘India stronger than China mountain warfare, capable of winning war in the Himalayas,’ suggests that Indian Armed forces are better trained and well equipped to defeat China in the Himalayas.

Although China appears to be stronger on paper than India with a defence budget which is over three times the Indian defence budget, Indian troops are better trained in fighting in extremely cold climates.

According to the report, China in 2019 allocated $261 billion for defence while India could manage only $71 billion in 2019. However, China has a total of 2.7 million soldiers which is much less than India’s 3.4 million soldiers in total, the report said.

The report further says that the Indian Air Force also holds a better position due to its operational capabilities. While China has a range of J-10, J-11 and Su-27 fighter jets, India is better off with the Mirage-2,000 and Su-30.

As far as the Air Force is concerned, India has also signed a deal with Dassault Aviation to acquire 36 Rafale fighter jets out of which five have already arrived.

The report also highlights that Indian aircraft are capable of flying at high altitudes while the Chinese aircrafts lag behind in terms of limited supplies and fuel owing to difficult weather conditions in their air bases in Tibet.

Now, India has also fought and won more wars than China. India has fought four wars against old irritant Pakistan and has won all of them. India fought Pakistan in 1947, 1965, 1971 and 1999 whereas China fought its last war in 1979 against Vietnam.

In addition to that, India is a nuclear-powered country just like China but what makes it different is that it enjoys great international support from superpowers such as the United States.

India is facing continuous aggression by China at the Line of Actual Control (LAC) since May. The situation deteriorated further following a clash between the troops of both countries in Galwan Valley on June 15 in which 20 Indian troops lost their lives while the casualties on the Chinese side remain unspecified.