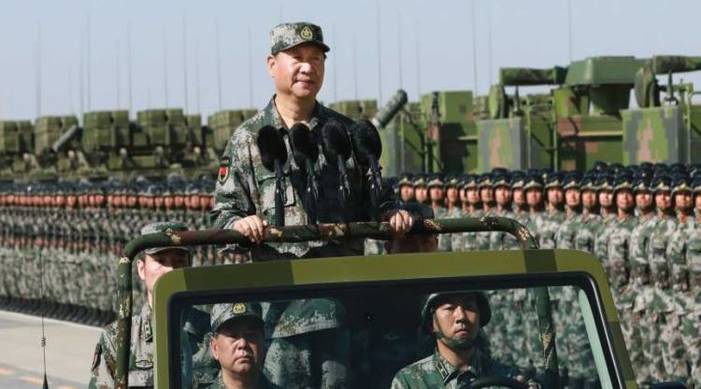 The game has changed; Indians are more aggressive or more aggressively defensive, but they are in fact bolder and better than their Chinese counterparts

Xi Jinping and the Chinese Army’s aggressive moves into India through the Line of Actual Control (LAC) have unexpectedly flopped, says Gordon G Chang, a lawyer and commentator. He wrote in American weekly news magazine, Newsweek that the Chinese army’s failures on the Indian border will have consequences.

Chang says it also gives Xi an excuse to pick up the pace of replacing adversaries in the armed forces with loyal elements in the Chinese Communist Party. The PLA advanced towards the south of the LAC in early May, this year.

The boundary is not well-defined and as such, for years Chinese troops have trespassed into Indian-controlled territory, most notably after Xi became Party general secretary in November 2012.

The report highlights Cleo Paskal of the Foundation for Defense of Democracies saying that Beijing is accustomed to getting its way in disputed territory.

But in the Galwan Valley, China is thought to have suffered at least 43 deaths. Paskal said the number of Chinese killed could exceed 60 as Indian troops had fought back ferociously, but Beijing won’t admit the extent of the debacle.

Late last month, India carried out an offensive against China; took back the high ground the Chinese had recently grabbed.

China’s forces were surprised when Indian troops mounted their attempt to retake strategic high points, says the report. And subsequent efforts by the Chinese to counter the Indian’s moves proved ineffective.

The report points out that India’s troops in the southernmost of the three areas of conflict are in control of territory which was once in Chinese hands.

Paskal, as per the report, said India is not giving the invaders the opportunity to improve. And now, both countries have accused the other of violating decades-old rules of disengagement by firing warning shots.

Read the full report in Newsweek