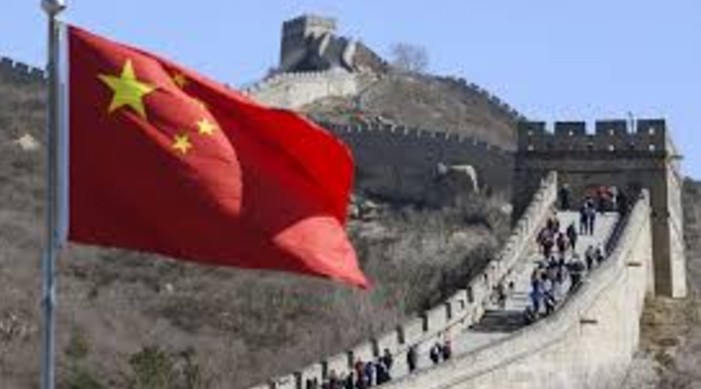 Taking ahead its infamous policy of expansionism, China has illegally occupied Nepal’s land across seven bordering districts and has pushed the international boundaries further, the Indian Intelligence agencies have alerted the Indian government. Amid this, the Nepalese Prime Minister KP Sharma Oli has maintained silence over the issue.

The Indian Intelligence agencies, quoted by DNA.com, have found out that China is encroaching more and more areas of Nepal. As per media reports, the districts where China is encroaching land include Dolakha, Gorkha, Darchula, Humla, Sindhupalchowk, Sankhuwasabha and Rasuwa.

In its report, the Indian intelligence agency said, “The actual scenario could be worse as the Nepali Communist Party (NCP) is trying to shield the expansionist agenda of the Chinese Communist Party (CCP).”

According to the report, in Dolakha district, China has pushed the boundary to 1,500 metres towards Nepal and has pushed boundary pillar number 57 in Korlang area in Dolakha. The pillar was earlier situated in Korlang, the report said.

Surprisingly, the village was merged with the Tibet Autonomous region of China by China in 2017 but the citizens of Nepal living in the regions have been paying taxes to the Nepalese government and Nepal shows the village as its territory in the official Map.

The Nepalese Ministry of Agriculture has also pointed out the land grabbing activities undertaken by China in districts at the banks of several rivers. Most of them are included in the 11 areas of four districts of Nepal.

Amid this, what raises concerns is the fact that the Nepalese Prime Minister KP Sharma Oli has maintained silence over the issue. In fact, Nepal has long kept silence over China’s encroachment of its landmasses.

While China has tried to expand into its neighbouring countries including India, Nepal seems to be the worst affected if recent incidents of land grabbing are taken into account.

Earlier this month only, China was accused of encroaching land in the Humla district of Nepal and constructing structures which was later denied by China. It said that the construction was taking place in the land which is a newly built village in Tibet Autonomous Region. However, the locals in the region pointed out China’s presence in Humla, several media reports said.

The encroachment of land in the same district was also pointed out in September. The local authorities in their inspection of Humla’s Lapcha-Limi region held between August 30 to September 9 found out that China had constructed nine buildings one kilometre into the territory, media reports claimed.

Thereafter, the opposition party in Nepal advised PM Oli to hold talks with China but he once again maintained his silence over the issue.

A similar incident was also reported earlier this year soon after Indian and Chinese troops clashed in Galwan valley. In June, Nepalese Agricultural Ministry pointed out that China had encroached 10 places and had even attempted to divert the flow of river waters.

On the contrary, it introduced a new map in the text books claiming three of Indian areas as its territory. The areas included Kalapani, Lipulekh and Limpiyadhura which are part of Pithoragarh district of Uttarakhand. The map was passed by the Nepalese parliament in June. The map was later withdrawn from the text books due to India’s consistent objection and the historically cordial relations between the two nations.