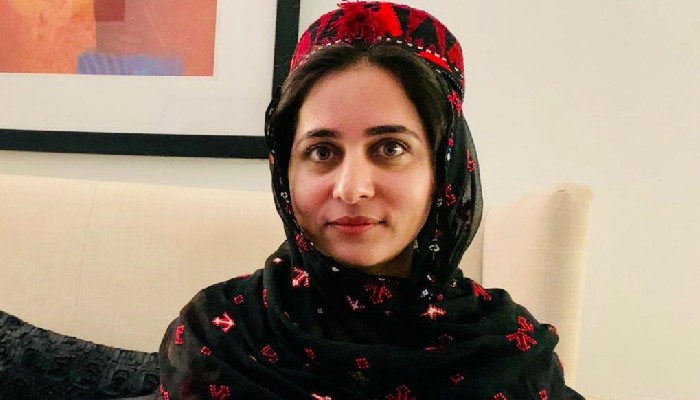 As questions continue to be raised about Pakistan's possible involvement in the suspicious death of human rights activist Karima Baloch in Toronto, Canada, demands for an "independent" and "impartial" inquiry have gathered momentum.

While the Toronto Police described it as a "non-criminal matter," several rights groups as well as political leaders have been hinting at the possibility of this being a 'political assasination'.

"Karima Baloch’s death needs further inquiry. My wife was an immensely courageous and spirited person. Her work as an internationally prominent activist speaks for itself," he wrote on Twitter.

"I believe it’s our right to request the Canadian authorities to leave no stone unturned in looking into the circumstances of her death as well the threats she had been facing since moving to the country. We have cooperated with the police and will continue to do so," he added.

Karima Baloch’s death needs further inquiry. My wife was an immensely courageous and spirited person. Her work as an internationally prominent activist speaks for itself. 1/1

Karima Mehram, popularly known as Karima Baloch, was last seen in the city's waterfront area on Sunday; the Toronto Police pulled out her body from the water a day later.

On Thursday, India's Ministry of External Affairs also noted the family's demand for an investigation.

"It is not for us to comment on this matter but I understand the family has sought an investigation," he added.

There is a sense of disquiet over the apparent haste by Toronto Police to characterize the death as a "non-criminal matter". In fact, the Baloch Human Rights Council of Canada has gone to the extent of demanding an independent inquiry into Karimi Baloch's death that excludes any Pakistani-Canadian police personnel.

"The circumstances have been investigated and officers have determined this to be a non-criminal death and no foul play is suspected. We have updated the family," the Toronto Police had said on Wednesday, drawing sharp reactions from those who believe that the death is a case of foul play and must be probed in depth.

Over the past few days, some Canadian lawmakers have also come out strongly in favour of a thorough, impartial probe.

At least two Members of Parliament (MPs) have tweeted about the incident.

"Karima Baloch, a Pakistani dissident in Toronto, was found dead - the 2nd this year. A thorough investigation is needed to ensure no foul play was involved. Very disturbing if political assassinations are taking place on Canadian soil," he said in a tweet.

Karima Baloch, a Pakistani dissident in Toronto, was found dead - the 2nd this year.

A thorough investigation is needed to ensure no foul play was involved.

Canadian civil society groups with links to Pakistan have also sought a "thorough investigation" into what they called a "murder".

In a joint statement, the Baloch National Movement, the Balochistan National Party - Canada, World Sindhi Congress - Canada, Pashtun Council Canada, and PTM Committee Canada said that "given the threats to her life by Pakistani authorities becuse of her political activism, much thorough investigation into the murder of Karima Baloch is needed".

In a thinly-veiled reference to Pakistan, the groups also sought suitable diplomatic and political action "in case any foreign country or group" were found to be behind this brutal murder.

While in Pakistan, the human rights activist was a "fierce voice" against the militarization of Balochistan, enforced disappearances, and extrajudicial murders of Baloch people, the statement said.

The civil society groups also pointed out how Karima Baloch's murder had remined them of the "cold-blooded murder" of Sajid Husain, a Baloch journalist forced into exile in Sweden "after covering violence, crime, and a simmering insurgency in Pakistan".

Husain settled in Sweden in 2017 after fleeing Pakistan in 2012. He went missing in March this year and his body was found near the Fyris River, outside Uppsala, on April 23.