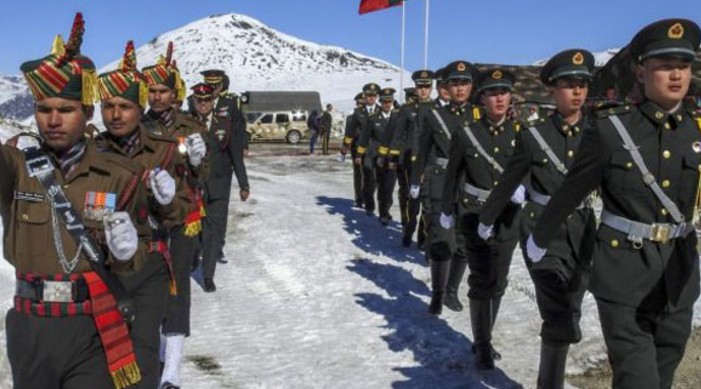 India has accused the People's Liberation Army (PLA) of using unilateral and provocative actions to escalate the situation at the Line of Actual Control (LAC) while maintaining that the Chinese Army suffered "significant casualties" in the Galwan valley clash on June 15 last year.

"Indian Army has maintained all protocols and agreements between India and China. However, the PLA (People's Liberation Army) escalated the situation by utilization of unorthodox weapons and amassing a large number of troops. Indian Army, with assistance from IAF, mobilized troops including accretionary forces in a very short duration including heavy equipment like guns, tanks as also ammunition, rations, and clothing. Our engineers constructed roads, accommodation shelters and bridges to assist troop deployment," the Ministry of Defence said in a year-ender statement.

It further said, "In a major skirmish in Galwan, 20 brave Indian soldiers lost their lives while preventing PLA troops from ingressing into our territory. The Chinese also suffered significant casualties. Later on 28-29 August 2020, Indian troops in a precautionary deployment, preempted Chinese expansionist designs and occupied heights along the southern bank of Pangong Tso".

The statement said that Indian troops continued to be deployed on these heights, braving inclement weather.

"Advance Winter Stocking (AWS) and winter preparations for the enhanced strength has been completed and troops are well entrenched to counter any misadventure by Chinese forces,” it added.

India made clear that "while the Indian Army is prepared for any eventuality, talks are also progressing to resolve the issue in an amicable manner."

India and China have been engaged in a military conflict since the April-May timeframe last year. After the Chinese aggression on the LAC, India moved in very quickly to match up the build-up to deter any further movement in the areas