Another shock to minorities in Pakistan: Christian man accused of blasphemy, gets death sentence 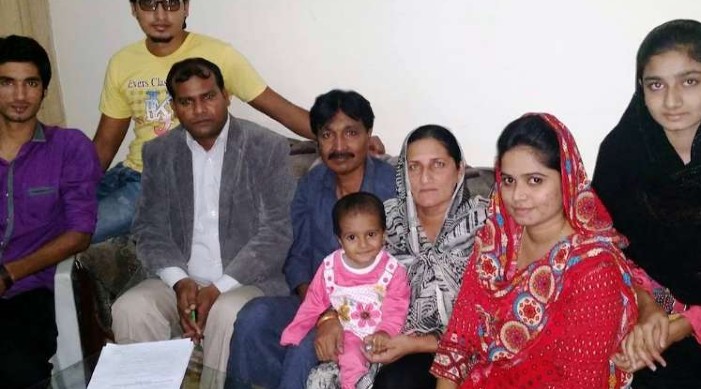 Regarded as one of the worst violators of human rights on the earth, Pakistan has once again shamed the world with its absolutely repugnant approach towards minorities in the country. Last week, a Pakistani court awarded death sentence to a Christian man Sajjad Masih Gill for texting controversial message about Prophet Muhammad.

Serving life imprisonment since July 2013, Masih Gill who hails from Pakistan Punjab’s Gojra town, was held guilty for sending a controversial text message about Prophet Muhammad to a Muslim man in December 2011. Since then life for his family members and friends has been equally tormenting.

In 2015, Gill’s brother and nephew were reportedly attacked and threatened by unknown persons while returning home after visiting the former in the Sahiwal Central Jail in Punjab. In 2016, the two lawyers of the Legal Evangelical Association and Development reported similar threats by armed men for defending Gill in the court.

Seen as highly abused laws of the Pakistan Penal Code, jurisprudence under blasphemy envisages maximum punishment for insulting Prophet Muhammad in the country. And they have been often used against people belonging to Christian, Hindu, Sikh and other religions.

Last month, the Lahore High Court adjourned without hearing a much-awaited appeal from Shagufta Kausar and her husband Shafqat Emmanuel, a Christian couple facing the death penalty after being convicted of blasphemy. According to the US Commission for International Religious Freedom, there are about 80 convicts on death row or serving life imprisonment terms in Pakistan for committing blasphemy.

As per a report, most of those convicted under blasphemy laws have committed offences as absurd as writing Prophet’s spelling wrong or throwing a business card bearing man’s name as Muhammad into a dustbin or sharing a picture on Facebook. Aasia Bibi, the most high-profile victim of blasphemy, who was sentenced to death by hanging by a lower court, but was acquitted by the Supreme Court of Pakistan in October 2018, presents a grotesque narrative of minorities’ victimization in Pakistan.

A poor Christian from a village in Pakistan’s Punjab, Aasia Bibi was charged under blasphemy laws just because she entered into an altercation with some Muslim women in 2010. Despite being bizarre in nature, the blasphemy laws have only found support from the Pakistan government and its people. In January 2011, Salman Taseer, then Governor of Pakistan’s Punjab province, was murdered as he had been campaigning for months to reform the country’s blasphemy laws and had sought justice for Aasia Bibi.

Experts say by targeting people in the name of blasphemy laws or killing those who oppose such laws, give religious parties that represent Pakistan’s majority Sunni Muslims of the Barelvi sect, an opportunity to show their clout in the country. In August 2010, seven Christians were burnt alive in the town of Gojra in Punjab, 18 others injured and at least 50 houses were set on fire by a mob who accused the victims of committing blasphemy. Till date none of those involved in that heinous crime has been awarded with capital punishment in Pakistan.

Codified by British rulers in 1860 and inherited by Pakistan when it came into existence in 1947, the blasphemy law became an instrument of persecution of minorities under the military government of General Zia-ul-Haq in the 1980s. Over time, the blasphemy law was expanded in several installments.

In 1980, making derogatory remarks against Islamic dignitaries was made an offence, carrying a maximum punishment of three years in jail. In 1982, another clause was inserted in the blasphemy law wherein willful desecration of the Koran was made punishable with life imprisonment, whereas under another clause of blasphemy law (inserted in 1986), derogatory remarks against the Prophet Muhammad attracted death penalty or imprisonment for life.

Mere accusation of blasphemy is enough to make someone a target for hardliners in Pakistan. This has been explained vividly by the Human Rights Commission of Pakistan, a voluntary organization.

Between 1987 and 2018, as per the Commission, 1,540 minorities were punished under various sections of the blasphemy laws in Pakistan. This was enough to restrain Hindus, Sikhs, Christians or other minority community members from speaking against their exploiters from the majority community in the country. They prefer to convert than become unreasonable targets of violence and punishment under the draconian blasphemy laws.

Pakistan is a signatory to the Universal Declaration of Human Rights which states that the right to freedom of religion includes the right to change one’s religion and that no one shall be subject to coercion to change their religion. Despite this, conversions are taking place unchecked — the very reason for continued decline of Hindu population in Pakistan.

According to a report, in 1947, Hindus comprised 20.5 percent of total population of Pakistan and by 1998--the last Pakistan census to classify people by religion--Hindus were just 1.6 percent of the country’s population. It is estimated that the minority Hindus population could have further declined in the past two decades.

Such a fast dwindling of Hindu population speaks volumes of the human rights situation of minorities in Pakistan. On March 2, at UNHRC, India slammed Pakistan for turning a blind eye to minorities’ plight in the country.

“The council should ask Pakistan why the size of its minority communities such as Christians, Hindus and Sikhs has drastically shrunk since independence and why they and other communities, such as Ahmadiyas, Shias, Pashtuns, Sindhis and Baloch, have been subjected to draconian blasphemy laws, systemic persecution, blatant abuses and forced conversions,” Pawan Badhe, first secretary in India’s permanent mission in Geneva, said.

Indeed, while holy sites of Pakistan’s religious minorities are being attacked and vandalized daily, enforced disappearances, extra-judicial killings and arbitrary detentions of those who speak against the security establishment have become a routine. 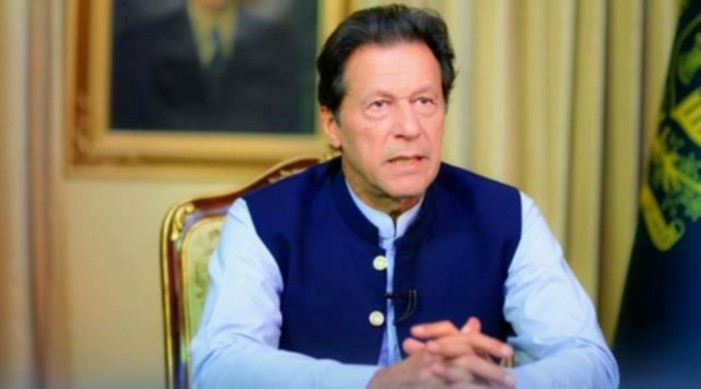