China continues to be in denial mode over Uyghur Muslim’s genocide: Report 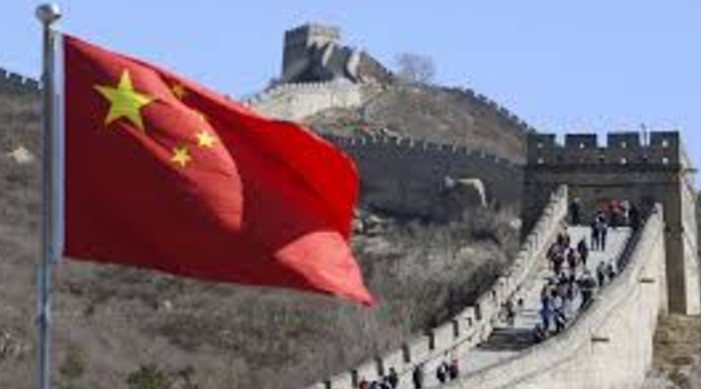 Recounting the atrocities being faced by minorities in China, the Washington Post editorial page editor Fred Hiatt said that more than 1 million Uyghur and other Muslim minorities are being held in China’s brutal camps.

“Hundreds of mosques and Muslim cemeteries have been destroyed,” the Washington Post said in its opinion piece published on Monday.

Muslim women are forcibly sterilized; Uyghur children are taken from their homes and sent to state-run boarding schools, he added. Men can be sent away for wearing a beard or declining to consume pork or alcohol, Hiatt mentioned.

“The Chinese Communists are attempting to wipe out a culture, a way of life, a people,” he stated.

“We know this thanks to Radio Free Asia reporter Gulchehra Hoja and her colleagues, to a few dogged academics and to dozens of survivors and exiles who have bravely given testimony,” he held.

“At a news conference this month, the Chinese Foreign Ministry attacked many of those witnesses as liars, criminals, terrorists and persons of ‘bad morality,’ as RFA reported,” Hiatt stated.

One of those named as a terrorist was Hoja, 48, who had agreed to speak with the Washington Post editor.

“While we were talking, she learned that the regime has listed her father, Abduqeyum Hoja, as a terrorist as well,” he recalled.

“For that matter, what kind of terrorist is Hoja? She was the young and popular host of a children’s television program on Xinjiang Television, she told me, when she began to understand the discrimination her people were facing,” Hiatt explained.

“She visited poor Uyghur children who, even then, had been sent to ‘mainland China’ to be raised away from their culture and religion,” he held.

“They were separated from their families at such a young age, leading such difficult lives,” she told the Washington Post journalist.

“I saw desperation in their eyes,” Hoja submitted to Hiatt.

On a trip to Europe, she was able to roam the Internet unfettered for the first time he said recalling the conversation with Roja.

“She heard uncensored news on the congressionally sponsored Radio Free Asia. She came to believe that, to practice honest journalism, she would have to leave China,” he stated.

“In October 2001 she landed at Dulles International Airport, and the next day she went to work for RFA,” he reminisces.

“Almost immediately the authorities forced her father to retire and confiscated his passport. Hoja has not been allowed to see her parents since, and in recent years, she could rarely talk with them,” he continued.

“When Hoja became one of the first people to testify in Congress about the crimes against humanity underway in her homeland, her mother and 23 other relatives were incarcerated. Her brother, younger by a year and a half, was sentenced to three years. All communication with family ceased,” the Washington Post editor stated.

More than a half-dozen journalists at Radio Free Asia have had relatives locked up or disappeared as punishment for their journalism, he said.

Yet Hoja and her colleagues continue to report because, she told Hiatt, “20 million of our people are voiceless over there, and every day under attack.”

The question is whether the rest of us — our democratic governments, our companies doing business in western China, our Beijing 2022 Olympic athletes and sponsors — will honor the sacrifice of the truth-tellers and their families, he asked.