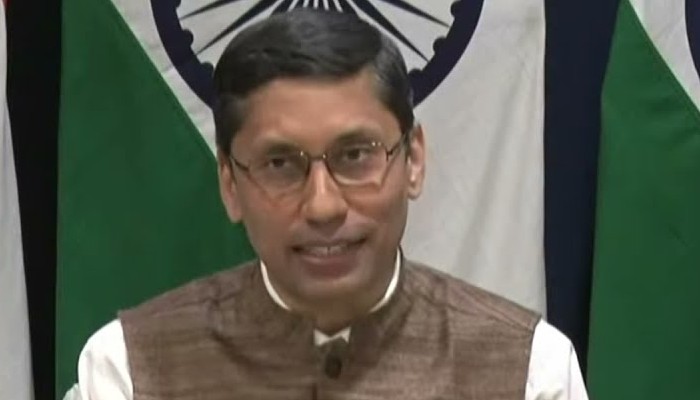 Turkish diplomat Bozkir who is current UNGA President, encouraged Islamabad to raise the Kashmir issue at the UN on a regular basis

India has expressed its strong opposition to the unwarranted references with respect to the Indian Union Territory of Jammu and Kashmir by President of the United Nations General Assembly Volkan Bozkir during the recent visit to Pakistan.

“We express our strong opposition to the unwarranted references made with respect to the Indian Union Territory of Jammu and Kashmir by the President of the United Nations General Assembly (PGA) Volkan Bozkir during his recent visit to Pakistan,” Spokesperson of Ministry of External Affairs Arindam Bagchi said on Friday in response to media queries on remarks made by the President of the UN General Assembly.

He said the UNGA President’s remarks that Pakistan is “duty bound” to raise this issue in the UN more strongly are unacceptable. “Nor indeed is there any basis for comparison to other global situations,” the Spokesperson added.

Condemning Bozkir’s remarks on the UT of Jammu and Kashmir, he said, “When an incumbent President of the UN General Assembly makes misleading and prejudiced remarks, he does great disservice to the office he occupies. The PGA’s behaviour is truly regrettable and surely diminishes his standing on the global platform.”

The UNGA President, who is on his three-day visit to Pakistan, made the remarks on Thursday during a joint news conference with Foreign Minister Shah Mehmood Qureshi in Islamabad. He had encouraged Pakistan to take up the issue of Jammu and Kashmir more robustly at the UN.

Bozkır is a Turkish diplomat and politician currently serving as the President of the United Nations General Assembly from 2020.

He had earlier served as Turkey’s Minister of European Union Affairs and was elected as the president of UNGA on June 17, ‘2020 for the 75th session, becoming the first-ever Turkish diplomat to hold this position. His term is for one year.