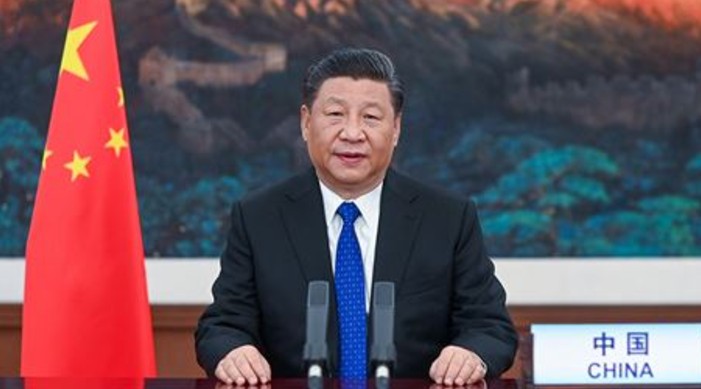 India and China are undergoing their worst phase of ties and for this, Beijing itself is responsible

Amidst the border standoff with China in the western sector for the past one-and-half years, the spread of the pandemic has also led to further deterioration in the bilateral relations between India and China.

This is reflected not only at the state-to-state relations in the form of India insisting that China should first go back to its known positions before March 2020 for normalising bilateral relations but also in the commercial and popular perceptions.

Ever since the two tragedies of China’s aggression and pandemic spread fell simultaneously, India took measures to counter these with a firm hand. While India took drastic measures like lockdowns, massive vaccination drive, evacuation of affected Indians abroad and others, in April-May this year, infections and death toll multiplied with oxygen supply chain mechanism breakdown.

In the backdrop of China’s military mobilisation and gradual occupation of Pangong Tso areas from Finger 8 to 5 and other areas, in violation of all the existing protocols between the two countries since the 1990s, 20 Indian soldiers were killed on June 15 last year, while China admitted after eight months to four casualties on its side even as it jailed those Chinese who questioned the official death toll.

Both countries mobilised forces in adequate strength and an armed stalemate is currently prevailing.

Firstly, these two events are shaping Indian perceptions of China recently. According to a poll conducted by CVoter in June 2020, 68 percent of Indians say that China poses a major concern to India, while in the India Today Mood of the Nation poll of August 2020, over 84 percent of the polled considered that Xi Jinping betrayed Modi.

The online firm LocalCircles found 71 percent against China in November 2020, while in the survey conducted in January-May 2021, 43 percent of 17,800 interviewed in 281 districts stated that they did not buy products from China.

Likewise, the public opinion polls conducted by Pew, Gallup and other agencies have recorded the highest global dissatisfaction with China over the spread of the pandemic.

Secondly, the spread of the pandemic as such – deliberate or otherwise by China – has led to innumerable problems for India as with the rest of the world. With the United States President Joseph Biden ordering the intelligence community to find the origins of the virus at Wuhan in China within 90 days, the focus now has shifted to whether it is a deliberate bioweapon attack by China.

China’s argument through its white paper on the subject in June last year that it has been “open, transparent and efficient” in addressing the pandemic has not cut the ice with the global community.

As admitted by the then Mayor of Wuhan, over five million people from the city left for various international and domestic destinations before the city came under lockdown, thus spreading the virus to the nooks and corners of the world.

Increasingly, Dr Shi Zhengli and other virologists at Wuhan Institute of Virology, who received training in the US, France, and other advanced countries have come under closer scrutiny. Dr Yan Limeng, a Chinese virologist who escaped to the US argued that not just one but several military-run institutes in China are involved in developing biological weapons.

China also scuttled the World Health Organisation delegations in February 2020 and January 2021 with no evidence of the virus related to original blood or drainage samples shared. Nor any “independent, impartial and comprehensive investigations into the origins” of the virus allowed by China despite the World Health Assembly’s demand last May.

Thirdly, it is not only India that bore the brunt of China’s aggression, but other countries are also complaining about Beijing’s overbearing attitude.

Japan witnessed over 600 transgressions a year from China’s coast guard and air forces over the Senkaku islands issue. Over 3,000 sorties crossed the median line between China and Taiwan in the last one year with China flying brazenly nuclear-capable bombers and fighter aircraft. Vietnam, Malaysia and the Philippines also complain about the Chinese naval encroachments in the South China Sea.

Fourthly, instead of helping the international community in this hour of disaster as the pandemic spread and killed over four million people across the globe and countless infections destroying economies and social fabrics, China’s diplomacy exhibited “wolf warrior” traits.

Zhao, for instance, accused the US of planting bioweapons in October 2019 Wuhan World Military Sports events, without providing evidence but also erasing his tweet. China’s ambassador to France Lu Shaye questioned the French parliamentary members while his embassy staff criticised a French researcher for being a “mad hyena”. China’s ambassador to the UK Liu Xiaoming criticised the parliamentary groups for the restrictions on the Huawei 5G telecommunication deals.

Australia as well took the Chinese brunt in lost trade deals and other restrictions as it took lead on the virus origins issue.

Fifthly, as China is preparing to celebrate the hundredth anniversary of the communist party on July 1st and the preparations for the 20th party congress next year, such nationalist postures have become shriller.

However, reflecting the domestic political dissonance, several rival factions in the communist party are also emerging from the shadows.

President Xi Jinping had led a highly factional-oriented anti-corruption campaign in the last few years, with many leaders and officials belonging to previous leaders like Jiang Zemin and Hu Jintao arrested.

Influential intellectuals and business personalities like Xu Zhangrun, Wu Qiang, Ren Zhijiang, Ma Yun and others are either arrested or disciplined. This has resulted in a tense political situation in China, already suffering from different bouts of the epidemic.

Even though Xi had extended his Presidential tenure at the parliamentary session in March 2018, political opposition to his highly centralised regime is facing challenges from several quarters.

While censorship of the media and the internet is high, it is expected that political shadow-boxing is to be intensified in the coming days in China.