Father Stan Swamy “arrested under due process of law”: MEA 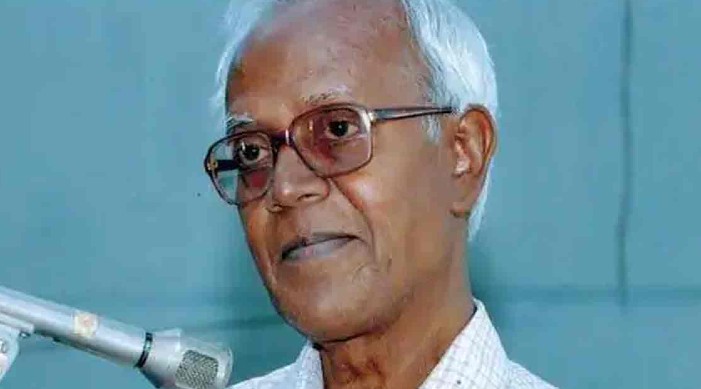 In its first response on the death of 84-year-old Stan Swamy, India on Tuesday said, “Father Stan Swamy was arrested and detained by the National Investigation Agency following due process under the law.”

“Because of the specific nature of charges against him, his bail applications were rejected by the courts. Authorities in India act against violations of law and not against legitimate exercise of rights. All such actions are strictly in accordance with the law,” Spokesperson of the MEA Arindam Bagchi said in response to media queries.

The Jesuit priest, an accused in the Elgar Parishad-Maoist link case, was arrested under an anti-terror law last year in October. He had been in jail since then.

The Jesuit priest was ailing and he was admitted to the private hospital in the last week of May from Taloja jail following the Bombay High Court’s order on a petition filed by him. He was suffering from covid and Parkinson’s disease.

Early on Sunday morning, he suffered a cardiac arrest in the Holy Family Hospital in Bandra in Mumbai, where his treatment was going on. Following this, he was put on ventilator support. On Monday Dr Ian D’Souza, Director of the Holy Family Hospital told the High Court’s division bench of Justice S S Shinde and Justice N J Jamadar that the Jesuit priest died at 1.30 PM.

“In view of Father Stan Swamy’s ailing health, the Bombay High Court had allowed his medical treatment at a private hospital where he was receiving all possible medical attention since May 28. His health and medical treatment was being closely monitored by the courts. He passed away on July 5 following medical complications,” the MEA Spokesperson said.

He further added, “India’s democratic and constitutional polity is complemented by an independent judiciary, a range of national and state level Human Rights Commissions that monitor violations, a free media and a vibrant and vocal civil society. India remains committed to the promotion and protection of human rights of all its citizens.”

The Elgar-Parishad case is related to alleged inflammatory speeches made at a conclave held in Pune around four years back on December 31, which, as per the police, triggered violence the following day near the Koregaon-Bhima war memorial located on the outskirts of the Maharashtra city.