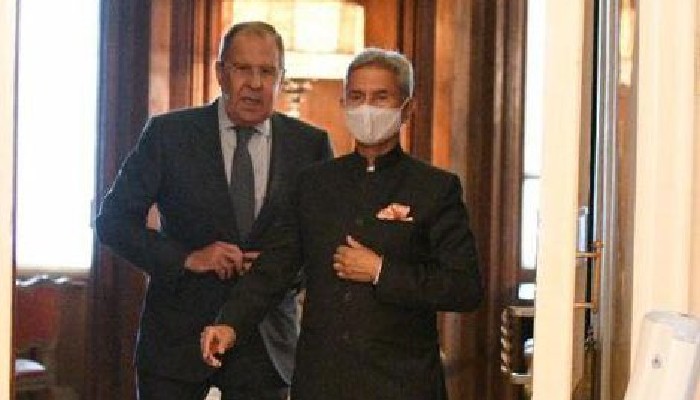 EAM S Jaishankar who is on a three-day visit to Russia told the media during a joint press conference with his Russian counterpart Sergey Lavrov on Friday that time-tested relationship with Moscow remains strong despite so many changes in the world.

“Despite the fact that so many things are changing in our world both before and as a result of the Covid-19 pandemic, our time-tested and trust-based relationship is very much not just in place but remains very strong, continues to grow,” Jaishankar said.

The EAM expressing his appreciation for the support India received from Russia when it was battling with the second wave of pandemic.

“There were four consignments which were flown-in on a very expedited basis by the Russian Government and of course as you’ve also heard now India has become a partner of Russia in the production and use of the Sputnik V vaccine and we believe that this is not only good for the two of us but it has positive implication for the rest of the world,” Jaishankar said.

He added that India and Russia relations have contributed to global peace, security and stability.

“We have always seen our relationship with Russia as a contribution to global peace, security and stability. I think what makes our working together so natural and comfortable is our belief in a multipolar global order. We consider that to be a reflection of a very natural and inevitable process of evolution of inter-state relations in the 21st century,” the EAM said.

With regard to India’s engagement in Russia’s far east region, he said he held a discussion with the Russian Foreign Minister.

“We spoke about how we could take that forward, there are some agreements which have to be signed, I think we have made some progress there,” he said.

The EAM also spoke about India’s upcoming Presidency of the Security Council in August as such he discussed the country’s plans and ideas for the UNSC.