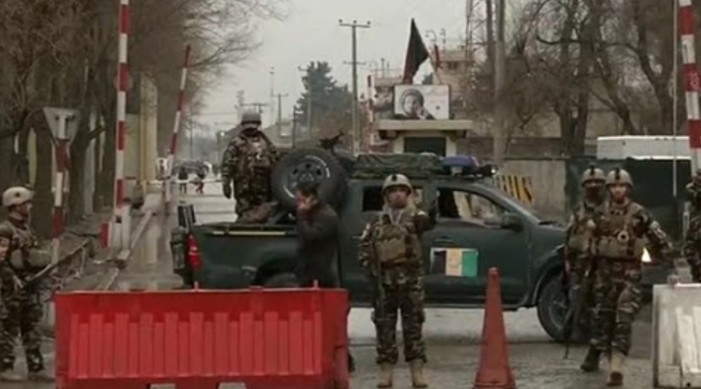 India wants peace and security to prevail in Afghanistan

Pakistan has done so to damage goodwill among Afghans for India

On Sunday, by the time India evacuated around 50 diplomats and other staff members of its consulate in the strife-hit Afghanistan’s Kandahar, Pakistan had drafted a plan to besmirch New Delhi—all this in cooperation with the highly infamous Inter-Services Intelligence.

Pakistani daily Express Tribune in its publication on Monday (July 12) quoted sources as saying that these aircraft, which had departed from Jaipur and Chandigarh, were also used to evacuate Indian officials. The Pakistani daily also said that trucks loaded with Indian weapons were also seen on the roads of Kabul.

Pakistan whose proximity with the Afghan Taliban through the Haqqani network is well known, launched such a disinformation campaign against India apparently to show that the latter is directly or indirectly involved in military action in Afghanistan.

It aimed at damaging India’s goodwill among Afghan public. Pakistan knows that India is highly respected in Afghanistan and it is not easy to generate hatred against it without leveling substantial charges. Therefore, it undertook such a disinformation campaign against the country which has invested more than $3 billion in building the war-ravaged Afghanistan’s infrastructure, including dams.

India is engaged in capacity building in Afghanistan. To make it a self-sustaining nation, India is, in fact, engaged in more than 550 Community Development Projects covering all 34 provinces of the war-torn country. To provide greater regional connectivity, India has also operationalized air freight corridors and the Chabahar Port. India recently extended humanitarian assistance of 75,000 MT of wheat to Afghanistan through the Chabahar Port to overcome food insecurity.

Further, as a part of its endeavour to assist Afghanistan tide over the deadly Covid-19 pandemic, India supplied Made-in-India vaccines to the country, both bilaterally and through the COVAX facility.

On the peace front, India, as a major regional donor, has been a votary of a durable peace in Afghanistan. It has been supportive of all the efforts being made to accelerate the dialogue between the Afghan government and the Taliban, including the intra-Afghan negotiations.

On the other hand, Pakistan, which shares land boundary with Afghanistan, has not only assisted in creating instability in the country, it has also contributed in the sustenance of terrorism in the war-torn SAARC nation. The Haqqani Network, a terrorist outfit which is primarily based in North Waziristan in Pakistan, has been accused of conducting cross-border operations into eastern Afghanistan and Kabul.

Pakistan provides logistic, financial and moral support to the Haqqani Network, which was once famously described by former Chairman of the US Joint Chiefs of Staff Admiral Mike Mullen as a veritable arm of Pakistan’s ISI.

Pakistan is aware of such developments. The South Asian country that sheltered Osama bin Laden for more than a decade in the garrison town of Abbottabad, lying some 120 km north of the capital, Islamabad till early hours of May 2, 2011 when US forces killed him, is allegedly hand-in-glove with all terrorist groups, including al-Qaeda.

Pakistan has spared no moment to hit Afghanistan below the belt. Islamabad continued to receive billions of US dollars from the American administration, but they were diverted to support and sustain the Afghan Taliban and the Haqqani Network. Monetary aids from the US were used by Pakistan to provide direct military and intelligence support to both groups to target US soldiers, Afghan security personnel and civilians. Frustrated with Pakistan’s persistent support to terrorist groups, the US under the then President Donald Trump suspended military aid to the South Asian country.

Pakistan has been in the grey list of the Paris-based Financial Action Task Force for several years, yet, it has not learnt any lesson from the continued international rebuke and censor. Like India which is suffering from Islamabad-aided terrorism since 1989, Afghanistan has been in the throes of conflict, violence, killings since the 1980s.

But despite being highly denounced across the world for making terrorism as part of its strategy against India and Afghanistan, Pakistan is incorrigible in its behaviour and action. It has inflicted more harm than good in the strife-torn landlocked nation. It should have used its influence among the Taliban to quell on-going violence in Afghanistan. However, instead of doing so, Islamabad is playing its foxiness by indulging in a blame game against India.

In June, New Delhi rubbished Islamabad’s charge that India is using Afghan soil against Pakistan. It didn’t stop at that only. Rather it questioned India’s decision to have so many consulates in Afghanistan. Fact on the ground is that India maintains only four consulates in the war-torn country and not over a dozen as Pakistan claims.

Persistently engaged in disinformation against India, Pakistan now states that New Delhi is arming Kabul with lethal weapons. However, the truth is that India is busy in finding a solution to durable peace in Afghanistan in order to have an overall impact on the stability of the South Asian region. Glimpse of such wishes can be seen in External Affairs Minister S Jaishankar joint media briefing on July 9 with his Russian counterpart Sergey Lavrov in Moscow.

Jaishankar said, “The situation in Afghanistan occupied a lot of our attention because it has a direct implication for regional security. We believe that the immediate need of the day is really a reduction in violence and if we have to see peace within Afghanistan and around Afghanistan, it’s important for India and Russia to work together and ensure that much of the progress that we have seen in economic, social and democratic terms are maintained.”

Pakistan needs to see Jaishankar’s statement and assess whether its accusation against India on Afghanistan is justified?