SCMP’s negative portrayal of India on the basis of a book, reeks of bias and partiality 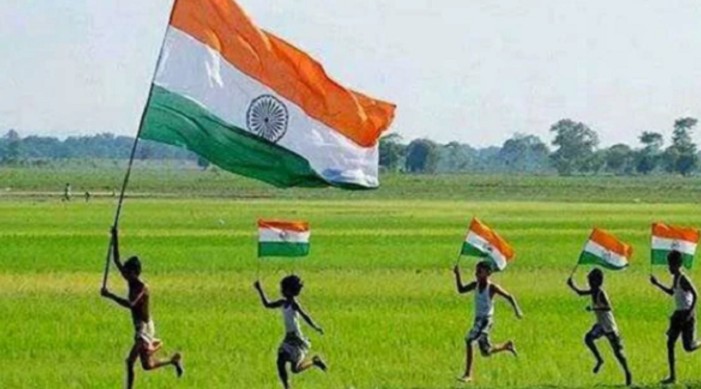 Democracy is successful in India even though there is huge diversity in terms of caste, class, culture, ethnicity and religion

Hong Kong based English daily, South China Morning Post (SCMP) on August 7, 2021, carried excerpts from a book titled: ‘To kill a democracy, India’s Passage to Despotism’, is a brazen attempt to portray the wrong image of India.’ As per the report, authors of the book, Debasish Roy Chowdhury and John Keane examined the failures of India’s dance with democracy while arguing that the country’s problems are long in the making and not only linked to Narendra Modi’s brand of populism.

However, these two authors seem to have failed to comprehend the importance of democracy in India. Democracy is successful in India even though there is huge diversity in terms of caste, class, culture, ethnicity and religion. Due to diversity and prevalence of various interest groups, deriving consensus or forming unified view points on issues of common interests are not easy in democracy, yet it has offered people a plethora of opportunities to live a life of dignity.

But SCMP, using excerpts from the book, points out that India may join the list of Hungary, Kazakhstan and Turkey which have seen a transition from democracy to despotism. It seems both authors have a prejudiced mind set and their views are coloured by unfair and unreasonable considerations about India, its people and political system. Vibrant electoral democracy has been India’s most enduring and endearing identity ever since it adopted the constitution that made it a democratic republic with universal adult suffrage.

Authors have defined despotism as a new type of strong state led by a demagogue and run by state and corporate leaders with the help of pliant journalists and docile judges, a top-down form of government that has the backing of not just the law-enforcement agencies but also millions of loyal subjects who are willing to lend their support to leaders who offer them tangible benefits and daringly rule in the name of ‘democracy’ and ‘the people’.

Authors are not aware of the importance of power sharing which is the spirit of democracy. A democratic rule involves sharing power with those affected by its exercise, and who have to live with its effects. People have a right to be consulted on how they are to be governed.

Power-sharing is a vital ingredient of any Constitution. It ensures that there is an optimum balance between different sections of the society. Each and every state has some form of power-sharing mechanism, which enhances democracy and ensures the stability of a political order.

In the book, it was stated that the current anxieties about India’s democratic decline are stoked by the flagrant violation in the Narendra Modi era of the freedom guaranteed by India’s Constitution. It seems authors of the book have forgotten that India has a vibrant media, which spares no moment in putting up sharp comments against Prime Minister Modi and the government.

There are political leaders, journalists and academicians who openly speak against the Prime Minister. How many of them have been put behind the bars or silenced for their anti-Modi write ups or social media comments? Invariably, India believes in pluralism, ‘sabka saath, sabka vikas’ and this is the reason there is an in-built tolerance in the society to even insular, bigoted views and opinions of an individual.

According to the authors, many parties – national and local, left, right and centrist – have ruled in states and in Delhi, by themselves or in coalitions, and cannot escape responsibility for the social decay and the resultant dynamics of despotism. The suggestion that Indian democracy was doing just fine till Modi showed up, is equally fallacious.

Authors like Russell Dalton, Doh Shin, and Willy Jou (Understanding Democracy, 2007), have defined democracy stating that it is a concept that has “a variety of potential meanings, and it is not simple to grasp or define… Even in advanced industrial democracies, research often highlights the limited political knowledge and sophistication of mass publics.” For many people, democracy is in its deliverables. For some, democracy may mean ‘Rām Rājya’ and for others, it may mean getting electricity to the village and house from his/her government etc.

Authors said that rights such as free speech and expression, assembly and movement can be – and regularly are – tempered by ‘reasonable restrictions’ on the grounds of protecting the inviolable but conveniently inexact notions of preserving ‘law and order’ and the ‘sovereignty, unity and integrity’ of India.

The fact is that fundamental rights such as free speech and expression, assembly and movement cannot be `absolute’ in a democracy and reasonable restrictions can be imposed for national security and safety. It would have been better if the two authors had done more research before publishing the book. SCMP should also understand that journalism doesn't mean running down a nation and its people without fair knowledge of the ground situation.

***The writer is a Delhi-based senior journalist; views expressed are her own.