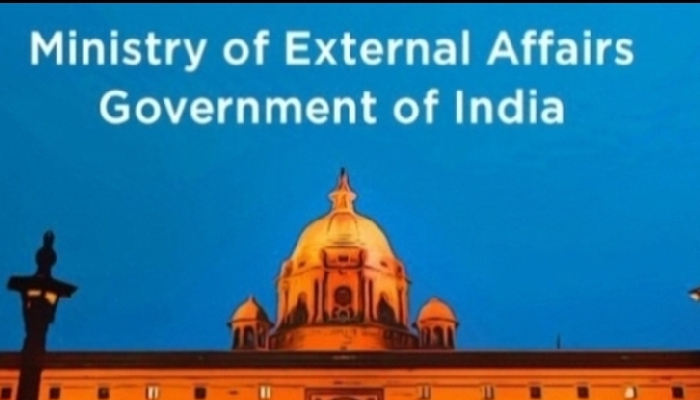 The blast had killed 13 people, including 9 Chinese workers.

In response to media queries on false allegations made by Pakistan’s Foreign Minister, the Ministry of External Affairs Official Spokesperson Arindam Bagchi said, "We have seen reports on the absurd comments made by Foreign Minister of Pakistan on the incident in Dasu.

On Thursday, Qureshi had blamed intelligence agencies of India and Afghanistan for backing Islamist militants in last month’s bus blast in Dasu, Northern Pakistan that had killed 13 people, including 9 Chinese workers.

Strongly reprimanding the Pak Minister’s comments that an investigation showed there was a ‘nexus of Indian RAW and Afghan NDS’ in the attack, referring to the two countries' intelligence agencies, Bagchi said, “This is yet another attempt by Pakistan to malign India, in a bid to deflect international attention from its role as the epicenter of regional instability and a safe haven for proscribed terrorists.”

Reiterating that India has been at the forefront of global efforts against terrorism in partnership with the international community, which is well aware of Pakistan’s credentials when it comes to terrorism, the MEA Spokesperson said such desperate attempts by Pakistan at peddling lies and propaganda will therefore find few takers.

Last month’s blast had hit a bus carrying workers to a dam construction site in northern Pakistan. Two Pakistani soldiers were also among the dead.