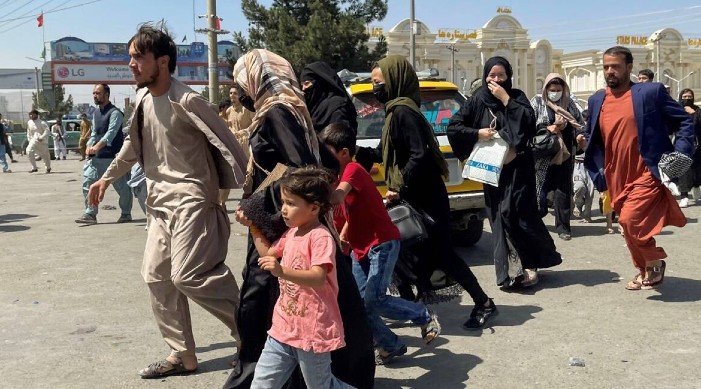 Fear, chaos and uncertainty have gripped Afghans following the sudden departure of US troops from the country

China, Russia, Pakistan and Iran are exulting at the departure of the US and at the loss of face suffered by it

The departure of US and NATO troops from Afghanistan and establishment of control by the Taliban with the active covert and overt support of Pakistan heralds the beginning of a New Great Game in this region.

The Taliban has received statements of support from Beijing, which its leadership visited a few weeks ago, and Russia, whose Chief Negotiator for Afghanistan Zamir Kabulov has always been supportive of forging closer ties with the Taliban.

The US has had to beat an ignominious, hasty retreat from the country where they stayed for 20 years, spent one trillion dollars in the war effort and lost more than 2,400 soldiers. By resorting to abruptly moving out of Afghanistan, the US has left the region wide open for China and Russia to fill the vacuum.

This has also resulted in a huge loss of prestige, influence and credibility for the US which it will find difficult to restore in the coming years.

Countries in the region like China, Russia, Pakistan and Iran are exulting at the departure of the US and at the loss of face suffered by it.

President Joe Biden in his Address to the world on August 16 justified and stood solidly behind his decision to withdraw all US troops by the 20th anniversary of the 9/11 attacks.

He claimed that the alternative would have been sending in more forces, spending more resources, and losing more soldiers over an indefinite period of time.

What Biden did not elaborate was that there was a midway whereby the US troops would have departed within the next year or so but after establishing a modicum of stability in the country and extracting commitments from the Taliban to significantly reduce the level of violence which had increased considerably over the last one year, and, would dissociate itself completely from all global terrorist groups. Biden’s administration did not do any of this.

As expected, he also did not express any regrets for his decision. Instead, Biden blamed the Afghan leadership and its army for its lack of will power to face the onslaught of the disorganized but well-armed droves of the Taliban.

Afghanistan and the world don’t accuse the country for leaving Afghanistan but hold it responsible for the manner in which it fled in the middle of the night.

Kabul fell to the ragtag fighters of the Taliban on Sunday, August 15 without a single shot being fired. This completed the takeover by the Taliban of Afghanistan although some pockets of resistance still remain in the northern parts of the country.

The speed with which the Taliban expanded its domination over different parts of the country was unthinkable just a few months ago and took even President Biden by surprise.

A few days ago, he had stated confidently that with its well trained and well equipped 3,00,000 troops, the Afghan National Security Force would be able to defend the country and the capital Kabul for at least 3 months. What has become evident now is that it was a monumental intelligence failure which resulted in untold humiliation and ignominy for the US within the country and outside.

Has the Taliban Changed?

Some countries like Pakistan and Russia have tried to peddle the narrative that the last 20 years’ interregnum has made the Taliban more humane, gentle and cooperative and that it would not follow the extreme Islamic fundamentalist Sharia laws that it forcibly imposed during its previous reign in 1996-2001.

This does not appear to be borne out by facts on the ground. The Taliban have asserted that they are establishing an Islamic Emirate in which Islamic law will prevail. They have already issued instructions in some provinces that girls cannot go out of their homes alone without being chaperoned by a male member, that women cannot work in offices, men should sport beards etc.

They have demanded that girls above 15 years and widows below 45 be handed over to them so that they could be sent to marry the Taliban fighters etc. It appears likely that the coming months could spell disaster for women, girls and the minorities in Afghanistan.

It is quite possible that over the next few months, under the guidance of Pakistan’s ISI and Rawalpindi GHQ, the Taliban might try and suitably temper its extremist tendencies.

But that is likely to be temporary only so as to lull the global community into complacency and garner increased acceptability, respectability, support and diplomatic recognition. This façade is however likely to be dispensed with as soon as the Taliban’s immediate objectives are achieved.

India wants an independent, peaceful, stable, secure, democratic and sovereign Afghanistan. The current dispensation in Kabul appears to be nowhere near this aspiration. India does not want the government in Kabul to be totally under the influence of Pakistan, act at the behest of Pakistan or become a staging ground for launching terrorist attacks against India as happened in 1989.

India has desisted from maintaining any direct or overt contacts with the Taliban as it considers it to be an Islamist terrorist organization. Most other countries in the region and beyond including the US, China, Russia, Iran, Uzbekistan and Turkey have reached out to the Taliban through the agency of Pakistan to protect and safeguard their interests.

The Taliban had earlier stated that it considers Kashmir to be an internal issue of India and will not interfere in it. More recently it has commended and applauded the large number of development projects executed by India in Afghanistan.

It said that it would be supportive of such activities by India. It is evident that going forward, the Taliban would need global support including financial, and recognition, in both of which India could play an important role.

While fully preparing itself to repulse any misguided terrorist activity emanating from Pakistan or Afghanistan, India would need some measure of strategic patience to see how the future unfolds. The Taliban is currently making all the right noises about human and women rights, protection of foreign embassies and diplomats, assuring people that their lives and properties were safe, that the Taliban would not seek revenge etc.

While recognizing that the utterances of the Taliban cannot be taken at face value, Delhi must prepare to be patient, open- minded and active in securing its interests. Significant opportunities to balance the diverse pulls and compulsions are likely to emerge in the near future.

***The author, an ex-diplomat, is the President of the Institute of Global Studies; views expressed are his own. 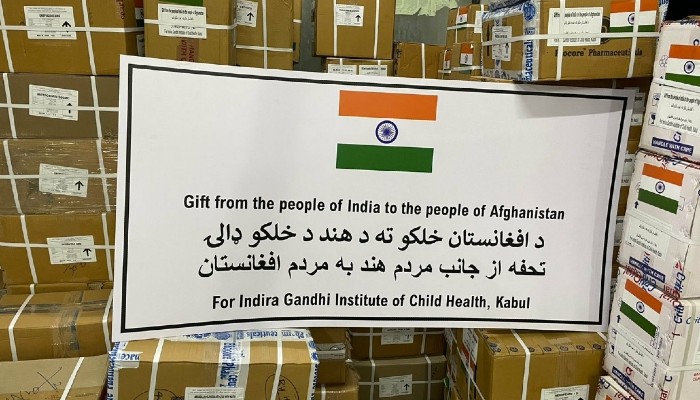