With high chances of Afghanistan becoming a den for terrorists, China should not exult at Taliban’s arrival 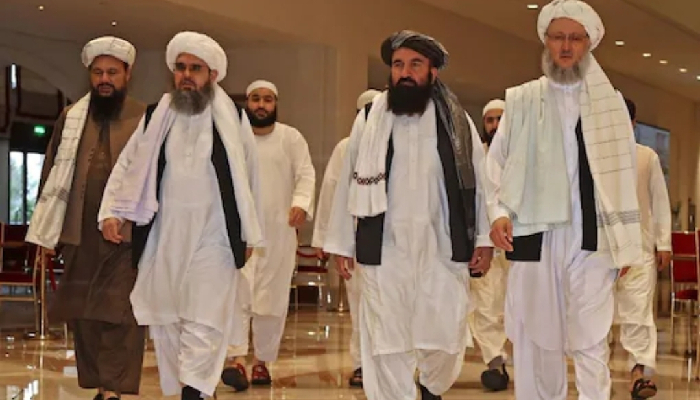 The Taliban's return has devastated the gains of 20 years in the war-torn country.

A sense of triumphalism prevails in China with the arrival of the Taliban in Afghanistan and a glimpse of this can be seen in the August 19 edition of the Global Times editorial.

The tabloid daily of the Chinese Communist Party in its editorial says, “China and Pakistan are enhancing communication and coordination on Afghan issues as two important neighbours of Afghanistan, and expect to play constructive roles in maintaining regional peace and stability, which has triggered India’s anxiety.”

However, China should know that Afghanistan under the Taliban, who have already made it clear that they will run the country in accordance with Sharia, will prove to be dangerous for all countries that border Afghanistan. China itself shares a 76-km long border with the war-torn country.

No matter how strong an influence Beijing may have on the Taliban, the Islamic group is ferociously independent, hard-nosed, conceited and feudal in their actions. They abhor modernism and have deep antipathy for democracy. They have not changed in the past 20 years as Beijing and Pakistan claim. Instead, their claim that they will seek an open, inclusive Islamic rule in Afghanistan is merely an eyewash. And, this is what their one week’s activities across the war-torn country suggest.

The Taliban have stopped women from working in government offices; have barred Afghan women journalists from taking any media-related assignments; have asked all banks to stop hiring females as their staff; they have questioned management of schools and colleges for opening their doors for girls. They are going door to door looking for people who have worked for the government or the US agencies.

Last month, they killed 27 people and injured 10 others in Malistan district of Afghanistan’s Ghazni province after capturing it. A document prepared for the United Nations has also maintained that the Taliban have increased their search for people who worked for NATO or the previous Afghan government.

In the background of such developments, will China guarantee that in due course of time the situation in Afghanistan will improve with the Taliban ushering in a broad-based and inclusive political structure? So far, there is no clear cut indication that the Taliban will sincerely try to bring in a broad-based political system in the war-torn country.

Rather, there is certainty that the Taliban in power in Kabul could be a factor of influence and motivation for several terrorist outfits, including the East Turkestan Islamic Movement. Despite being a UN declared terrorist group, the ETIM, prominently an ethnic Uighur Muslim outfit, has grown massively and has been widely networked with terrorist and Islamist groups across the world since 2010.

It is affiliated with al-Qaeda, IS, Haqqani Network, Afghan Taliban and Uzbekistan’s terrorist outfit. On July 16, China’s Ministry of Public Security warned its countrymen that “they should remain on high alert as frequent terrorist attacks around the world have a strong positive effect on terrorist extremists. Many countries, including China, are still facing the real threat of terrorism especially from the ETIM terrorist organization.”

This shows that Beijing is itself not sure how the Taliban in Kabul will prevent the ETIM from using Afghanistan soil from engaging in terrorist activity in the Xinjiang region.

He further said any comment on the issue will have to be made “based on the realities on the ground.” Invariably, messages from the Taliban have been loud and clear to China.

On July 14, a blast killed nine Chinese workers and four others in Pakistan’s Khyber-Pakhtunkhwa province. Though no terrorist group claimed responsibility, the incident has served as a reminder to China that its interests in the region are not safe.

The incident took place when a bus carrying workers to the 4,300 MW Dasu hydropower project, developed by Gezhouba Group Co., a Wuhan-based construction company in Upper Kohistan area of Pakistan’s Khyer-Pakhtunkhwa province was rammed by a vehicle driven by a suicide attacker. It took place at the time when the Taliban, just across the Pakistan border, were engaged in heavy anti-government onslaughts, killing people and capturing cities in Afghanistan.

The Taliban have links with all major terrorist groups, including Pakistan’s Lashkar-e-Taiba, Jaish-e-Mohammed, the Haqqani Network, Lashkar-e-Jhangvi, Jamaat-ul-Arhar, Lashkar-e-Islam and al-Badr.

Since Afghanistan has started returning to the pre 2001 situation with the likelihood of al-Qaeda and other terrorist groups making it a haven not a far distant matter, China should be careful about its interests. Also, it should be mindful about the fact that continued presence of Islamic, terrorist groups in Afghanistan and running the country as per Islamic rule will have their spill-over effects in Xinjiang.

Yet Chinese State Councilor and Foreign Minister Wang Yi during his recent telephonic conversation with Pakistan Foreign Minister Shah Mahmood Qureshi called for close coordination between the two countries to support a stable transition in Afghanistan.

India is also for peace and stability in Afghanistan. But it is wary of the Taliban as they have not shown that they will act as per assurances they have been giving to the international community. Rather, as per media reports, the Taliban fighters on August 18 entered India’s consulates in Afghanistan, searched for documents and took away parked cars.

This is the reason India, unlike China and Pakistan, will not rush to garland the Taliban and appease them to protect the country’s interests. On the contrary, it will prefer to wait and watch before making its move on Afghanistan.